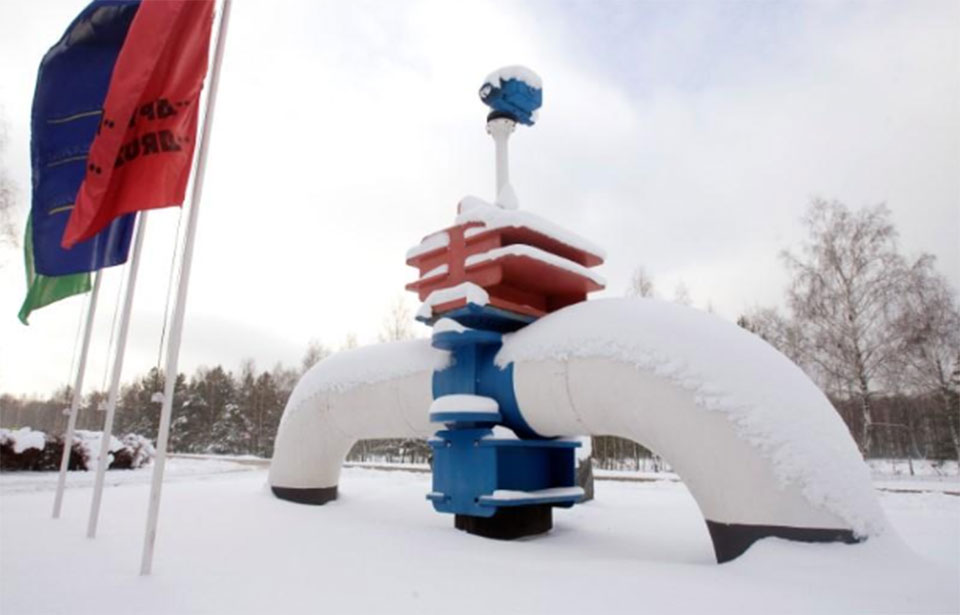 FILE PHOTO: A model of a pipeline is seen at the main entrance to the Gomel Transneft oil pumping station, which moves crude through the Druzhba pipeline westwards to Europe, near Mozyr some 300 km (185 miles) southeast of Minsk January 8, 2010. REUTERS/Vasily Fedosenko/File Photo

MINSK/MOSCOW, April 27: Russia plans to restore oil supplies via its key Druzhba pipeline to Europe in two weeks, after joint talks with Belarus, Ukraine and Poland on Friday in Minsk.

Poland, Germany, Ukraine and other countries suspended imports of Russian oil via the pipeline this week due to contamination. Halting those supplies has knock-on effects further along the network.

After joint talks in the Belarus capital on Friday, Russia’s Deputy Prime Minister Dmitry Kozak said in a statement that the four countries had agreed on joint measures to eliminate the effects of the contamination.

“This would allow us, as earlier planned, to supply... (clean) oil to the border with Belarus by April 29 and to restore the pipeline (to stability) in two weeks,” Kozak said in the statement on Friday.

Pavel Sorokin, Russia’s deputy energy minister, told reporters in Minsk after the talks that one of the options for supplying clean oil was to mix the contaminated product with regular supply.

Russia’s pipeline monopoly Transneft said on Friday that the contamination which led to the suspension of the oil flows to Europe could be deliberate, Interfax news agency reported. 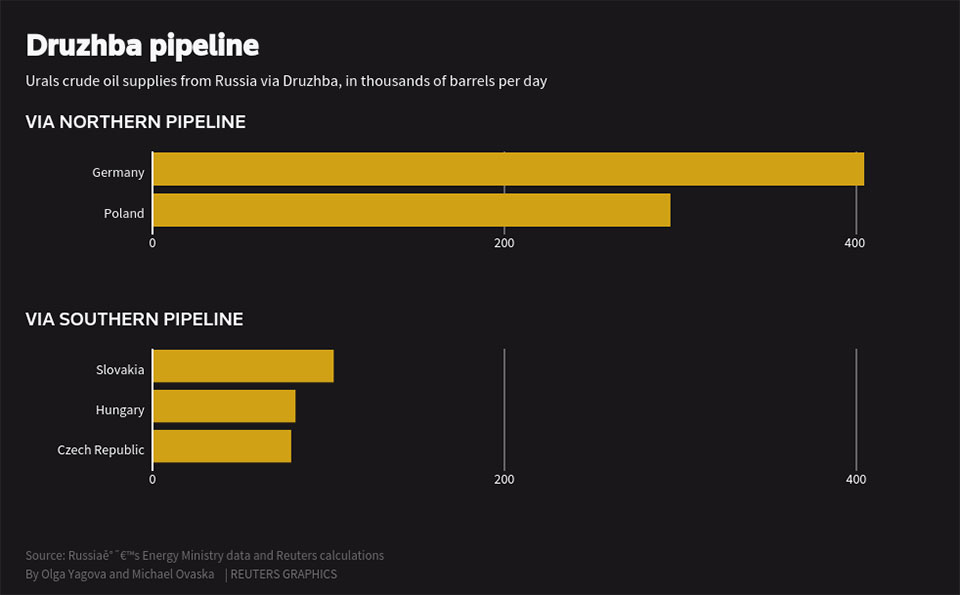 Graphic on the Druzhba pipeline.

The problem arose last week when an unidentified Russian producer contaminated oil with high levels of organic chloride, which is typically used to boost oil output but which must be separated before shipment as it can destroy refining equipment.

“A criminal case was opened over an intended contamination of Russian oil,” Transneft spokesman, Igor Dyomin, was quoted as saying by Interfax.

The pollution was detected at the private Samara Transneft-terminal, where oil is being supplied to the system, according to Transneft’s Dyomin. He said the terminal receives crude oil from a number of small producers.

Dyomin did not name the producers but said investigators were making searches at a number of private companies in the Volga town of Samara. Reuters could not reach the Samara Transneft-terminal via telephone due to the late hour.

TRANSIT SUSPENDED
Ukrtransnafta suspended the transit of oil through the pipeline on Thursday, closing supplies via Druzhba’s southern route to Slovakia, the Czech Republic and Hungary.

The suspension cut off a major supply route for Polish refineries owned by Poland’s PKN Orlen and Grupa Lotos, as well as plants in Germany owned by Total, Shell, Eni and Rosneft.

With pipeline supplies to Europe shut, Russia faces a challenge of how to divert about 1 million barrels per day (bpd) that was meant to be shipped through the network to other destinations at a time when export capacity is at its limits.

Concerns about the quality of Urals crude also caused delays in loadings at the Baltic port of Ust-Luga, resulting in a brief shutdown on Wednesday and Thursday. A port official and traders said on Friday loadings had resumed.

Russian loading plans indicate it aims to boost Urals exports in May before the expiry of a deal on output cuts agreed with the Organization of the Petroleum Exporting Countries (OPEC) and its allies, Reuters calculations and Energy Ministry data show.

Russian deputy prime minister Kozak, who is in charge of government energy policy, said this week that those found responsible for contaminating the oil could be fined. He did not provide names.

The European Parliament has called on the European Union to close access to EU ports for Russian ships coming from... Read More...