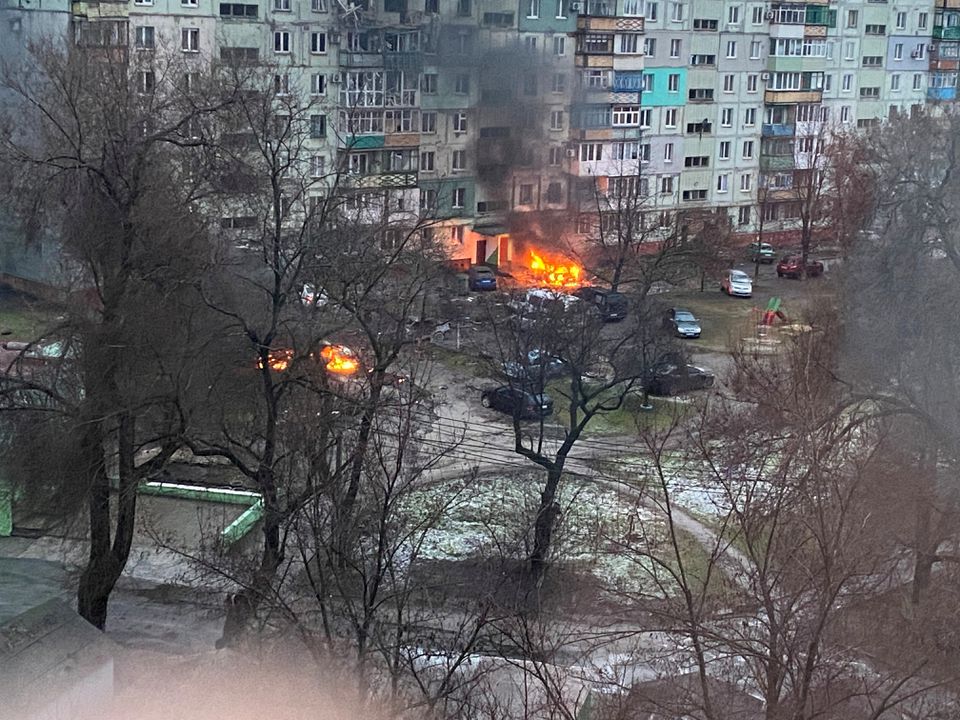 The corridors will opened at 10 a.m. Moscow time (700 GMT) from the capital Kyiv as well as the cities of Kharkiv and Sumy and are being set up at the personal request of French President Emmanuel Macron, the ministry said.

Those who leave Kyiv will then be airlifted to Russia, the ministry said, adding it would use drones to monitor the evacuation.

"Attempts by the Ukrainian side to deceive Russia and the whole civilised world ... are useless this time," the ministry said.

Russia's invasion has been condemned around the world, sent more than 1.5 million Ukrainians fleeing abroad, and triggered sweeping Western-led sanctions aimed at crippling the Russian economy.

Oil prices soared to their highest levels since 2008 in Asian trade after the Biden administration said it was exploring banning imports of Russian oil. Russia provides 7% of global supply. read more

Japan, which counts Russia as its fifth-biggest supplier of crude oil, is also in discussion with the United States and European countries about possibly banning Russian oil imports, Kyodo News reported on Monday.

Europe relies on Russia for crude oil and natural gas but has become more open to the idea of banning Russian products, a source familiar with the discussions told Reuters.

Russian forces are converging on Kyiv, a city of 3 million, but have faced stiff resistance and have suffered heavy losses, according to Ukrainian authorities.

The general staff of Ukraine's armed forces said Russian forces were "beginning to accumulate resources for the storming of Kyiv", after days of slow progress in their main advance on the capital, south from Belarus.

About 200,000 people remained trapped in the besieged Black Sea port of Mariupol, most sleeping underground to escape more than six days of shelling by Russian forces that has cut off food, water, power and heating, according to the Ukrainian authorities. read more

About half of the 400,000 people in the city were due to be evacuated on Sunday but that effort was aborted for a second day when a ceasefire plan collapsed as the sides accused each other of failing to stop shooting and shelling.

Ukrainian authorities said on Monday the southern city of Mykolayiv was being shelled.

Russian media cited pro-Russian separatists as saying an oil terminal in Luhansk was on fire after what they believe was a Ukrainian missile strike.

Russia calls the campaign it launched on Feb. 24 a "special military operation". It has repeatedly denied attacking civilian areas and says it has no plans to occupy Ukraine.

The civilian death toll from hostilities across Ukraine since Russia launched the invasion was 364, including more than 20 children, the United Nations said on Sunday, adding that hundreds were wounded. read more

U.S. Secretary of State Antony Blinken said the United States had seen credible reports of deliberate attacks on civilians and it was documenting them to support a potential war crimes investigation. read more

"For you there will be no peaceful place on this earth, except for the grave," he said in a televised evening address.

As anti-war protests took place around the world, Ukraine renewed its appeal to the West to toughen sanctions and also requested more weapons, including Russian-made planes.

Blinken said the United States was considering how it could backfill aircraft for Poland if it decided to supply its warplanes to Ukraine.

Putin says he wants a "demilitarised", "denazified" and neutral Ukraine, and on Saturday likened Western sanctions "to a declaration of war".

New Zealand became the latest country to announce sanctions on Monday, including a plan to stop super yachts, ships and aircraft from entering its waters or airspace. read more

Australian Prime Minister Scott Morrison urged China to act on its declarations of promoting world peace and join the effort to stop Russia's invasion of Ukraine, warning that the world was in danger of being reshaped by an "arc of autocracy". read more

"No country will have a bigger impact on concluding this terrible war in Ukraine than China," Morrison said in response to a question after a speech at the Lowy Institute think tank.

Western sanctions have pushed many companies to exit investments in Russia, while some Russian banks have been shut out of a global financial payment systems, driving down the rouble and forcing Moscow to jack up interest rates.

3 foreigners who fought for Ukraine sentenced to death

BAKHMUT, June 10: Two British citizens and a Moroccan were sentenced to death Thursday for fighting on Ukraine’s side, in... Read More...