Russia on brink of last 16 with win over Egypt 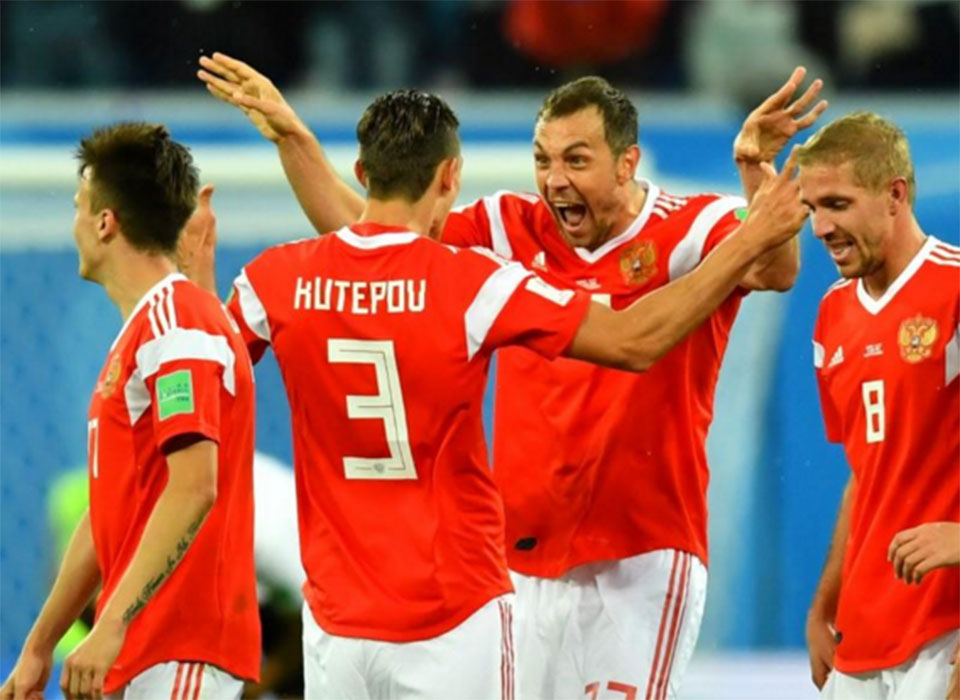 SAINT PETERSBURG, June 20: Russia moved to the brink of qualifying for the last 16 of the World Cup after the host nation beat Mohamed Salah's Egypt in St Petersburg.

Russia, who beat Saudi Arabia 5-0 in their opening game, took the lead thanks to a bizarre 47th-minute own goal from Ahmed Fathi, who diverted Roman Zobnin's shot into his own net.

Denis Cheryshev doubled Russia's advantage after he finished from Mario Fernandes' pull-back, before Artem Dzyuba sealed the victory with a fine individual goal.

Liverpool forward Salah, playing for the first time since sustaining a shoulder injury in the Champions League final, converted a penalty after he had been fouled - but it was not enough to mount an Egypt fightback.

Russia will qualify for the last 16 and Egypt will be eliminated from the competition if Saudi Arabia fail to beat Uruguay in Rostov-on-Don on Wednesday.

Another call coming from Putin?

Russia are the lowest-ranked side in the tournament at 70th in the world, and were not expected to do well in their home tournament, but the nature of their 5-0 victory over Saudi Arabia in their opening match surprised many.

The win even earned coach Stanislav Cherchesov a call during his post-match news conference from Vladimir Putin, with the Russian president telling Cherchesov to pass on his congratulations to the players.

There may well be another call from the Kremlin after this match as Russia produced a stunning second-half performance to sweep aside Egypt.

A lacklustre first half in St Petersburg contained only one shot on target from either side and that came via 38-year-old Russia defender Sergei Ignashevich's weak fifth-minute effort straight at goalkeeper Mohamed El-Shenawy.

However, the hosts went ahead after only two minutes of the restart in bizarre fashion as Fathi, battling to get in front of Dzyuba, tried to make a clearance, lost his balance and saw Zobnin's shot bounce off his knee and into the net.

Cheryshev scored his third goal of the tournament to become the joint top scorer - with Portugal's Cristiano Ronaldo - after fine work from team-mate Fernandes.

Dzyuba, who also netted in the win over Saudi Arabia, made it 3-0 as he showed a nice piece of skill to take a lofted ball into the box down on his chest, take a touch to get past Ali Gabr and finish past El-Shenawy.

Of the 21 nations to previously host a World Cup, only South Africa in 2010 have failed to make it out of the opening phase and only a freak set of results can deny Russia a deserved place in the last 16.

Salah goal on return to action not enough for Egypt
Egypt's hopes of qualifying now seem hugely unrealistic as they need to get a big win over Saudi Arabia and also hope Uruguay lose to both Saudi Arabia and Russia to stay in the competition.

The ongoing fitness concerns about Salah have dominated their tournament - he needed surgery on a shoulder injury after getting injured during Liverpool's Champions League final loss to Real Madrid on 26 May.

He missed Egypt's last-minute, 1-0 defeat by Uruguay in their opening match and played the full 90 minutes in St Petersburg despite being well short of fitness.

Salah, who scored 44 goals for Liverpool during the 2017-18 season, still had the best chances for his side and his shot on the turn from 18 yards narrowly went wide when the game was goalless.

With Egypt trailing 3-0, he did win a penalty after he was fouled by Zobnin - although it was only given after a consultation with the video assistant referee as referee Enrique Caceres had initially wrongly said the offence took place outside the area.

Nevertheless, Salah stepped up to become only the third Egyptian player to score at a World Cup, though their wait for a first victory goes on. 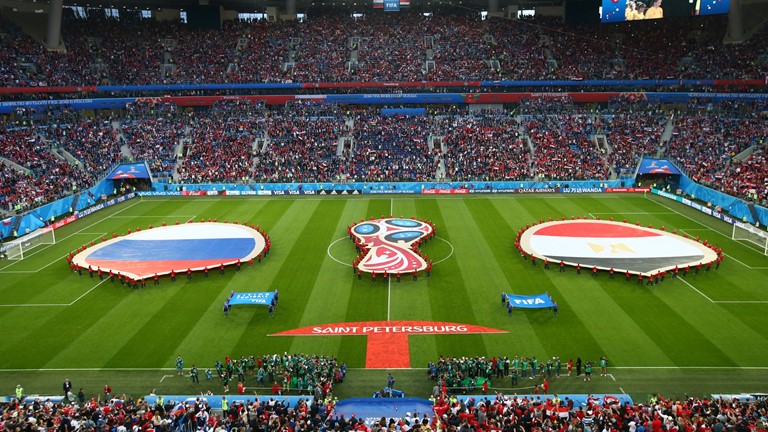 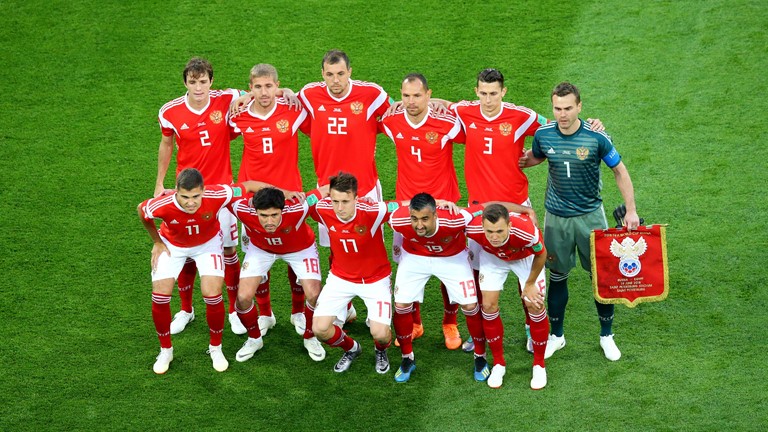 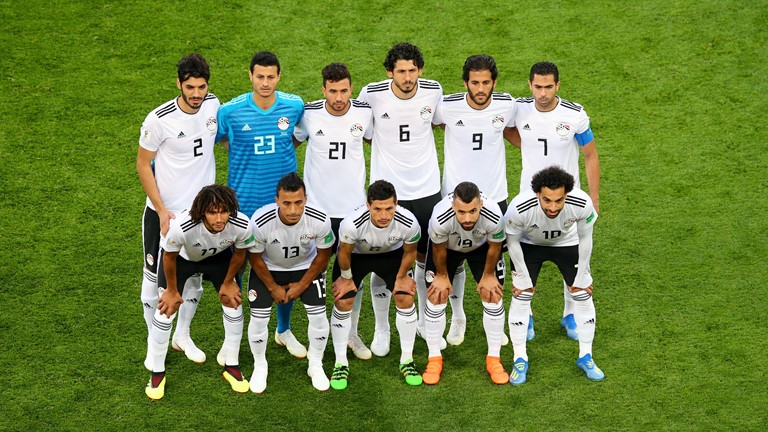 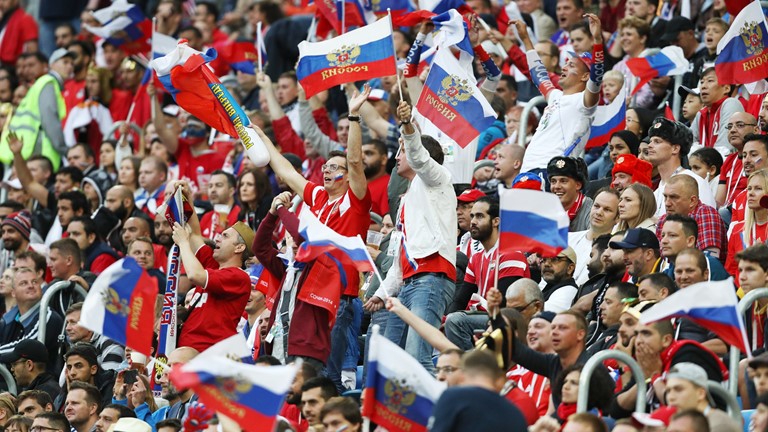 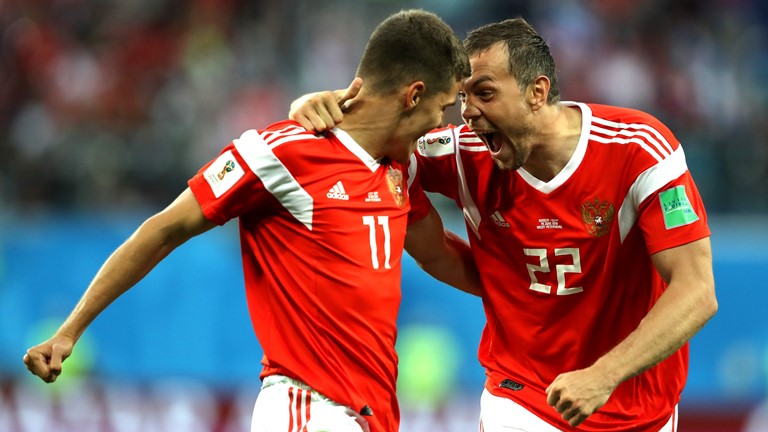 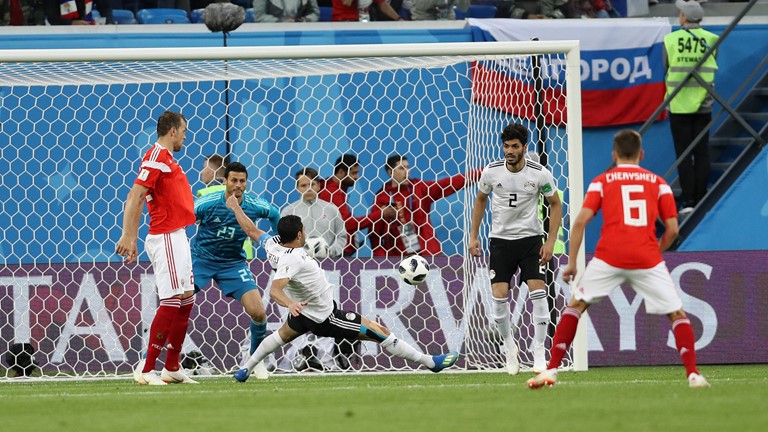 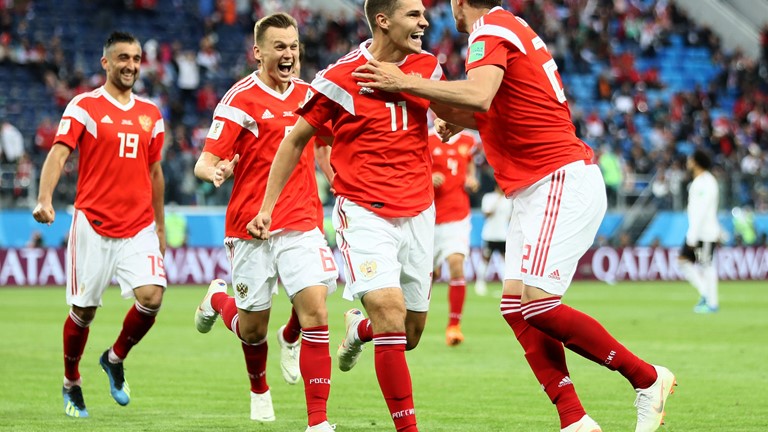 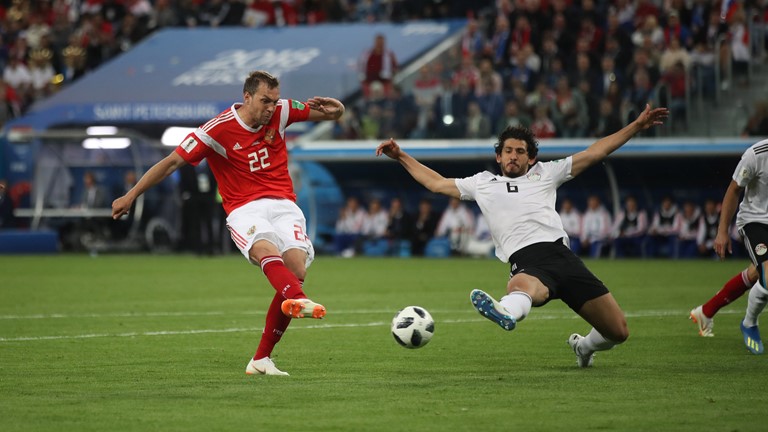 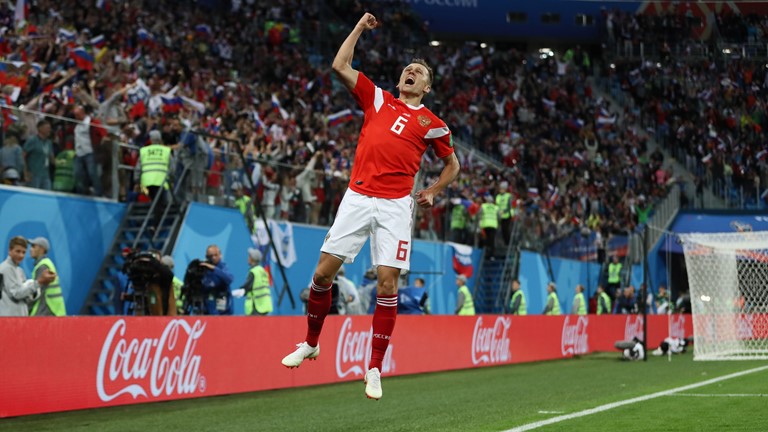 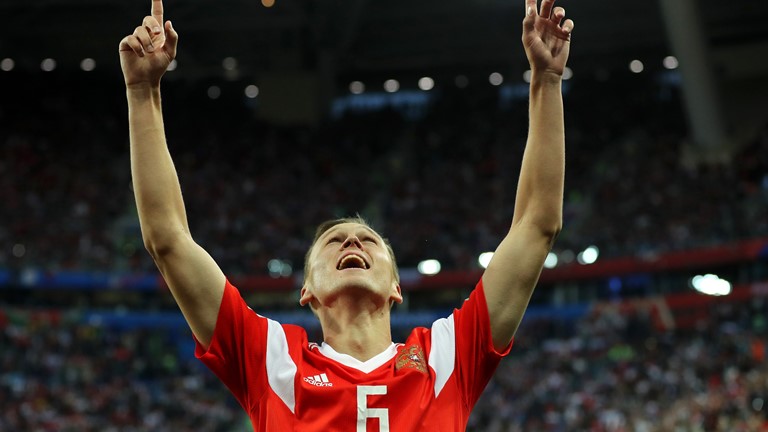 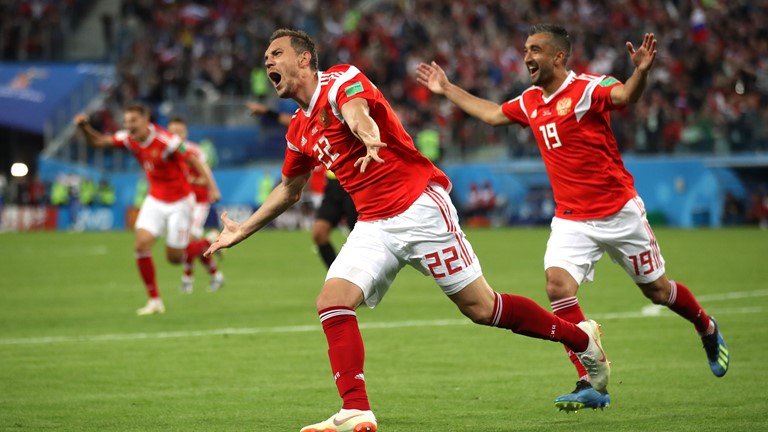 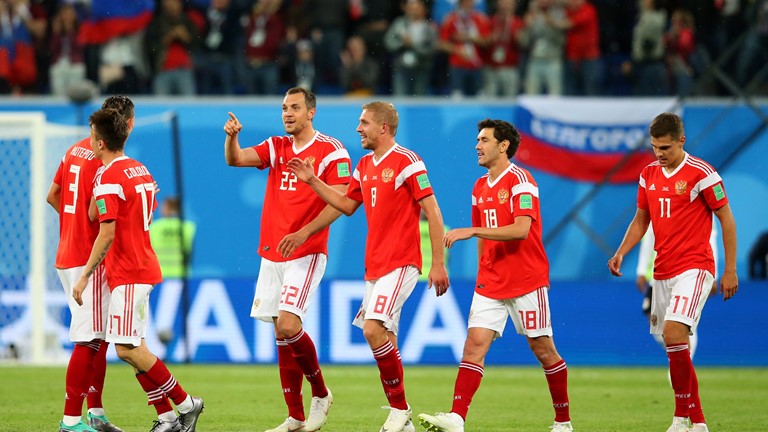 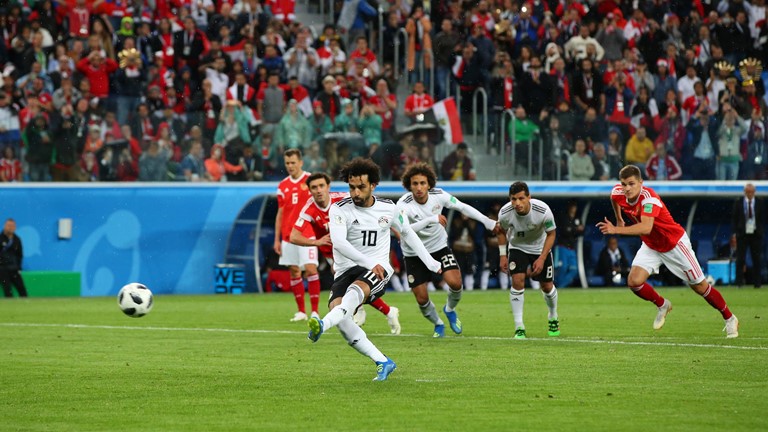 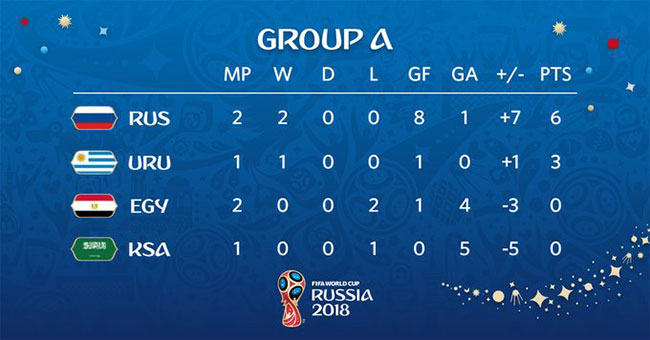 World Cup heavyweights Spain and Portugal can lock down spots in the last 16 on Monday, as hosts Russia ride... Read More...