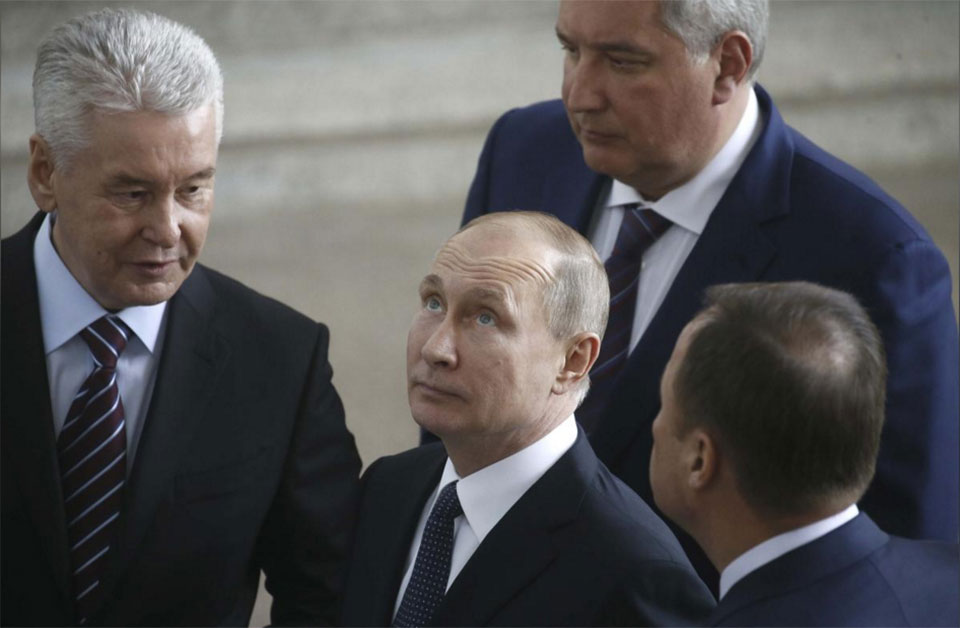 MOSCOW, April 13: Russia’s lower house of parliament is to consider draft legislation that would give the Kremlin powers to ban or restrict a list of U.S. imports, reacting to new U.S. sanctions on a group of Russian tycoons and officials.

Senior lawmakers in the State Duma, which is dominated by Kremlin loyalists, said they had prepared the list ranging from food and alcohol to medicine and consulting services in response to Washington’s move last week.

The Kremlin itself has not said if it backs the draft legislation - which would allow the government to impose the measures should the need arise - and it was not clear if would it become law in its current form. The Russian parliament is often used to send assertive messages to foreign states, but these do not always translate into concrete measures.

Large-scale restrictions on U.S. goods and services would hurt American firms but could also cause significant disruption in Russia, where consumers flock to McDonald’s restaurants, fly on vacation in Boeing jets, and use Apple phones.

Actions taken on Russian firms by market institutions after new U.S. sanctions
The draft law, according to a text seen by Reuters, is aimed at protecting Russia’s interests and security in the face of “unfriendly and unlawful acts by the United States of America and other foreign states”.

Russian currency and stock markets, preoccupied with the threat of U.S. military action in Syria and the fallout from Washington’s new sanctions, did not react to the draft legislation.

It is to be discussed in the lower house next week.

The proposed measures are in retaliation for the White House’s imposition of the toughest set of sanctions on Russia since Moscow’s annexation of Ukraine’s Crimea region in 2014, which dragged relations to their lowest point since the Cold War.

Moscow reacted then with countersanctions banning a wide range of food imports from Western countries.

Russia imported $12.5 billion worth of U.S. products in 2017, according to official customs data. That included aircraft, machinery, pharmaceutical and chemical products.

The draft legislation would give authorities the power to impose bans or restrictions in multiple areas of trade with the United States if they deemed that Washington was threatening Russia’s interests.

The sectors listed in the draft which could be subject to bans or restrictions include U.S.-made software and farm goods, U.S. medicines that can be sourced elsewhere, and tobacco and alcohol.

It gives the government the power to ban cooperation with the United States on atomic power, rocket engines and aircraft making, and to bar U.S. firms from taking part in Russian privatization deals.

The provision of auditing, legal and consulting services by U.S. firms could also be subject to bans or restrictions, and curbs could be imposed on U.S. citizens working in Russia.

Western companies, including Ford Motor Co, PepsiCo Inc and Coca-Cola’s bottler Coca-Cola HBC, have also invested billions of dollars since the fall of the Soviet Union to set up local production in Russia.