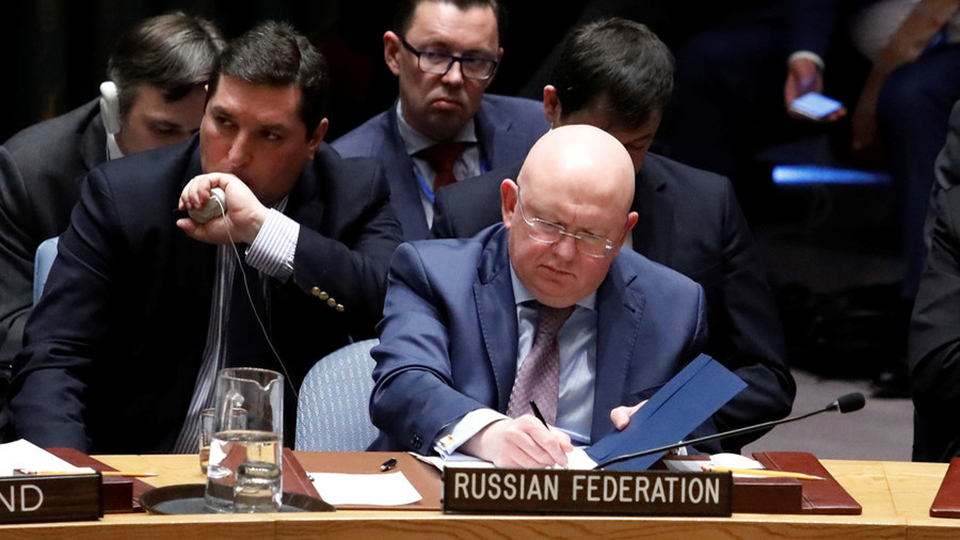 MOSCOW, Aug 31: Russia has decided to halt discussions of a United Nations Security Council report on North Korea, due to disagreement on some of its points and concern over parts of it being leaked before publication, Moscow's UN envoy has said.

Russia has blocked the upcoming report of the UN Security Council Sanctions Committee on North Korea (the 1718 Committee) on the implementation of sanctions against North Korea and its nuclear program, demanding that it be amended.

"The discussion was vivid... we put on hold the report of the Committee 1718 because we disagree with certain elements of the report and on the conduct of the business itself. I will not dwell upon it because the report before it is published, is confidential," Vassily Nebenzia, the Russian representative at the UN told the media.

Nebenzia reiterated that Russia has been vocally against any part of the report being made public prematurely.

"We and other delegations expressed concern on the regular leaks of the committee information into the press, you can look it up on the Internet,” he said. He added that while Russia has filed a request for the committee to investigate the leaks, “some members are not very willing to do so,” so Moscow decided to pursue this issue “individually.”

Russia will hold consultations with the head of the committee about how to proceed further, Nebenzia said. At the moment, the UN has been doing virtually nothing to identify the source of the leaks since “certain parties” within the committee have been opposing Russia’s request.

“It’s not going anywhere,” Nebenzia said, calling the leaks “inadmissible” and “against the principle of the work of the committee.”

Many of the reservations Russia had expressed about the contents of the report have not been taken into account in the existing draft, the Russian diplomat revealed.

The confidential report on the implementation of sanctions imposed on North Korea was leaked by Reuters on August 4. According to the leaks, the report, a six-month review by independent experts, alleges that Pyongyang did not halt its nuclear and missile program and was supplying certain states in the Middle East and Africa with weapons, thus violating the UN sanctions. Among the alleged customers of the reclusive state are the Houthi rebels, fighting against the Saudi-led coalition in Yemen. North Korea is also accused of shipping fuel, including coal and petroleum, which is prohibited under the strict sanctions’ regime as well.

The Russian Foreign Ministry has previously said it was “outraged” by unauthorized leaks from the committee, demanding a thorough investigation of what it described as “the flagrant violation of the rules and practice of the committee as well as basic diplomatic ethics.”

MOSCOW, June 22: Cristiano Ronaldo set aside his legal troubles to score the winning goal for Portugal on Wednesday in... Read More...

MOSCOW, Sept 7: Topless models have been sent onto the streets of Russia in an attempt to slow down speeding... Read More...