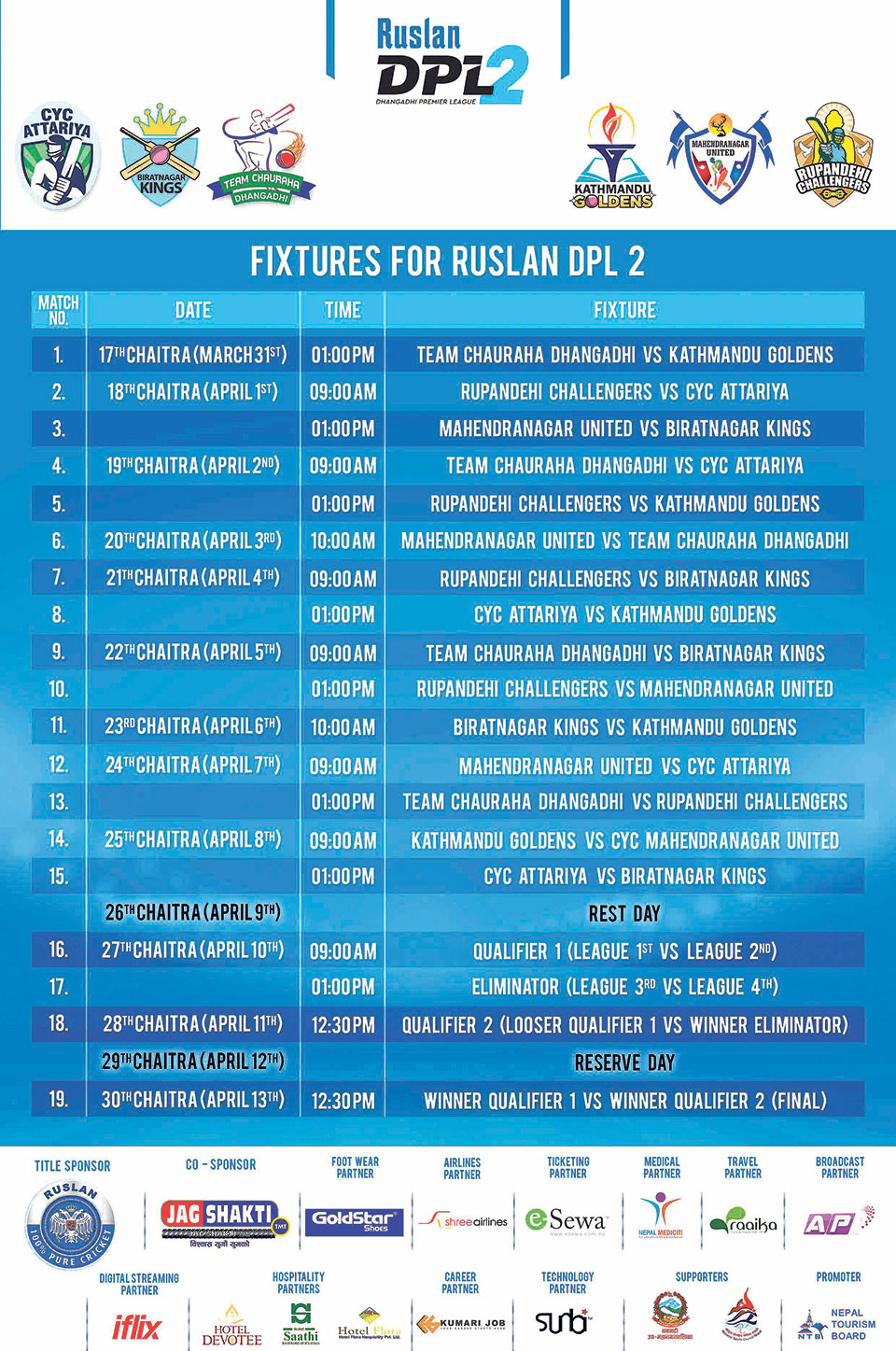 KATHMANDU, March 22: The Ruslan Dhangadhi Premier League has unveiled the tie-sheet for the second edition of the tournament amidst a program on Wednesday.

Rupandehi Challengers will face CYC Attariya and Mahendranagar United will battle against the last edition’s runner-up Biratnagar Kings on the next day.

After that, Mahendranagar United will play against Team Chauraha on April 3, while Rupandehi Challengers will take on Biratnagar Kings and CYC Attariya will face Kathmandu Goldens.

Team Chauraha will face Biratnagar Kings and Rupandehi Challengers will take on Mahendranagar United on April 5, while Biratangar Kings will again play Kathmandu Golden on the next day.

Six teams from different cities are taking part in the tournament that will have 15 players each, including two mandatory foreign players and a player from far-western region in each team was selected from a ‘talent hunt’ event.

The winner of the tournament is set to take home Rs 2.5 million and the runner-up will be prized with Rs 1 million. Likewise, the third-placed team gets Rs 300,000 and the fourth bags Rs 200,000. The man-of-the-match will be rewarded with Rs 10,000 each, while the man-of-the-series will get a TVS motorbike. The best batsman and the best bowler are also to be awarded with gift hampers.

A former player will be honored with ‘Dhangadhi Cricket Samman’ whereas a person will be felicitated with ‘Arjun Khadka Smriti Samman’ for his/her contributions for Nepali cricket.

The total budget of the tournament is estimated to be around Rs 30 million, the organizers said.

The tournament will be held in round-robin league format in the league phase. All the matches will be played at the SSP Cricket Ground in Dhangadhi.

KATHMANDU, April 15: Team Chauraha Dhangadhi retained its title with a 21-run win over Kathmandu Goldens on Friday in the second... Read More...