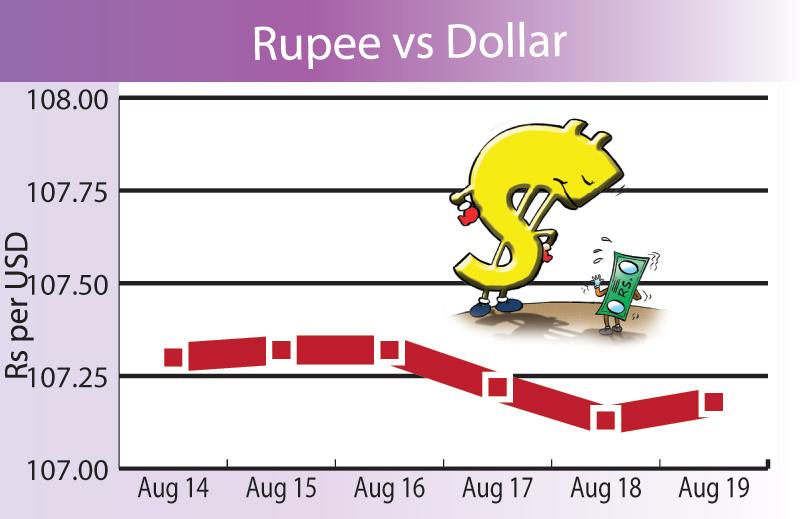 KATHMANDU, Aug 20: Nepali rupee appreciated by 12 paisa against US dollar this week as the Indian currency, with which rupee is pegged, gained strengthened against the greenback. Gold price, on the other hand, increased by Rs 340 per 10 grams over the week.

BILLION
Trading began on Sunday with gold price fixed at Rs 50,500 per 10 grams.

Price of silver also remained unchanged at Rs 763 per 10 grams this week.

KATHMANDU, Sept 10: Nepali rupee gained 69 paisa against US dollar this week as the Indian currency, with which rupee is... Read More...

KATHMANDU, July Aug 6: Nepali rupee gained 15 paisa against US dollar this week as the Indian currency, with which... Read More...