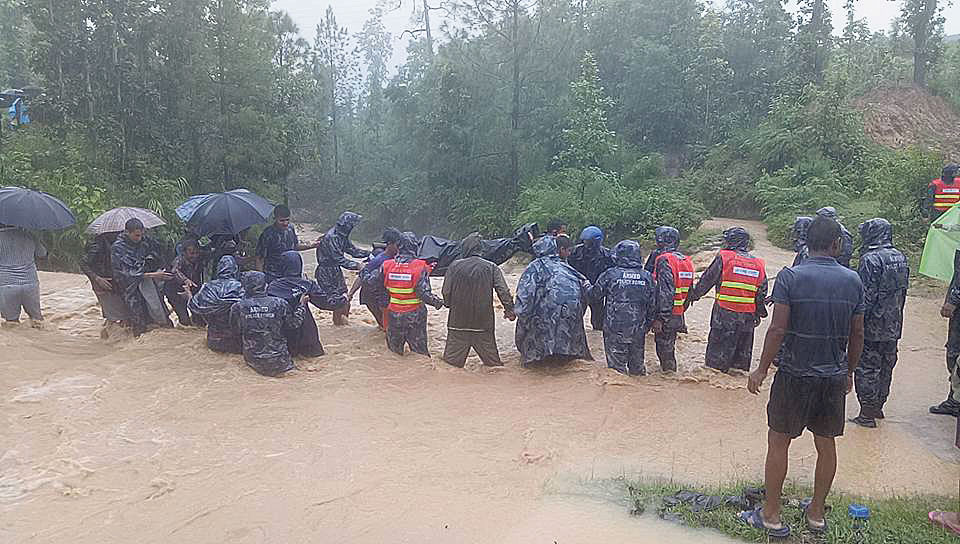 KATHMANDU, Nov 13: The government needs to spend Rs 73 billion for reconstruction and restoration of livelihoods in areas of central and eastern tarai damaged by floods of mid-August, according to a Post-Flood Recovery Needs Assessment Report prepared by the National Planning Commission (NPC).

About 1.7 million people were adversely affected by the floods in 18 districts, while 17 districts saw partial effects of the floods.

“We will soon hand over the report to the PM. The Prime Minister will then table the report to the cabinet for implementation,” Swarnim Wagle, vice chairperson of the NPC and coordinator of the report preparation committee, told Republica.

The report preparation committee has also recommended programs and activities for rebuilding infrastructure and recovery of livelihoods affected by the flood. “We have recommended to the government to provide house rebuilding grants -- similar to the one provided to earthquake victims,” Wagle added.

The government has provided a grant of Rs 300,000 for each houses damaged by the 2015 earthquakes.

The report has stated that the cost required for rebuilding houses has been estimated based on the minimum standard cost of a house of Janata Awash Karyakram or People’s Home Program. According to the standard, each house must have a minimum space of 324 square feet. The cost required for building such house is Rs 450,000.

The government has already set up a Special Unit under National Reconstruction Authority --a special purpose vehicle for rebuilding and reconstructing houses and infrastructures damaged by the 2015 earthquakes, for carrying out reconstruction and rebuilding works in the flood-hit districts.
Talking to Republica, Suman Karna, head of the unit, said that they would initiate the tasks of the reconstruction based on the needs assessment report prepared by the NPC.

When Republica met Rajendra Sharma, Chief of Flood Forecasting Section at the Department of Hydrology and Meteorology, in his... Read More...