Rs 1 billion needed to replace engine of Airbus A320 aircraft 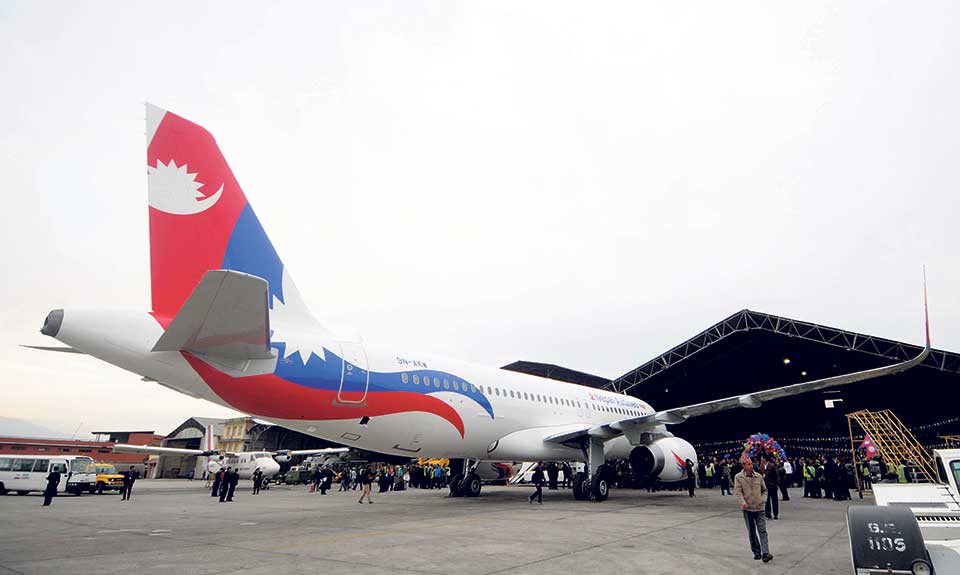 KATHMANDU, Jan 11: Nepal Airlines Corporation (NAC) will have to fork out Rs 1 billion to repair one engine of its grounded Airbus A320-200 aircraft.

NAC had taken delivery of the 158-seater aircraft from Airbus on February 5, 2015. The engine had malfunctioned after the aircraft landed in New Delhi on December 26, 2017. The aircraft with call-sign 9N-AKW was scheduled to fly to Bangkok after returning from New Delhi.

After long study, NAC engineers have arrived at a conclusion that the engine is irreparable and hence has to be replaced. “There aircraft is new but the engine has malfunctioned. Now, we have to buy a new engine or arrange a second-hand engine,” a highly-placed official of NAC told Republica.

According to the officials, the new engine costs Rs 1 billion, while used engines are available for around Rs 600 million.

The Airbus A320-200 series engines are manufactured by International Aero Engines (IAE).

IAE and other companies have told NAC that it would take at least six months to repair the engine.

“That is why we started search for a second-hand engine. A Beijing-based branch office of IAE has told us that they can provide us a used engine. Now, we need to arrange funds,” the official added. According to him, the Beijing-based office of IAE has proposed the NAC to lease-out the engine. “The best option will be to take the engine on lease until our engine is repaired,” the official added.

The NAC management has tabled a proposal in the board of directors of the national flag carriers to take the engine on rent.

Meanwhile, a led K B Thapa, director of NAC’s Engineering Department, left for New Delhi on Wednesday. NAC engineers Prabhas Karmacharya and Bikram KC are also in the team. The team left for New Delhi after India’s national carrier, Air India, assured the NAC of its help to repair the engine.

NAC currently has one ageing Boeing B757 with capacity of 190 seats and one Airbus A320 aircraft for international flights. Before the 9N-AKW was grounded, NAC was flying to eight destinations in India, Qatar, Thailand, Malaysia, UAE and Hong Kong. The state-owned carrier was flying seven times a week to New Delhi, and three times each to Mumbai and Bangalore. Similarly, it was operating four flights a week to UAE, three flights a week each to Doha and Kuala Lumpur, Bangkok and Hong Kong.

However, it has reduced flights after the 9N-AKW was grounded in New Delhi.

KATHMANDU, Feb 22: Qatar Airways has said that it received the world's first Airbus A350-1000 aircraft at the Airbus Delivery... Read More...

Captain Lama crash-landed the aircraft in Karnali River from where both of them came out safe cheating a possible death. Read More...

KATHMANDU, Jan 18: In a bid to promote mass transportation in the Kathmandu Valley, the Department of Transport Management (DoTM)... Read More...