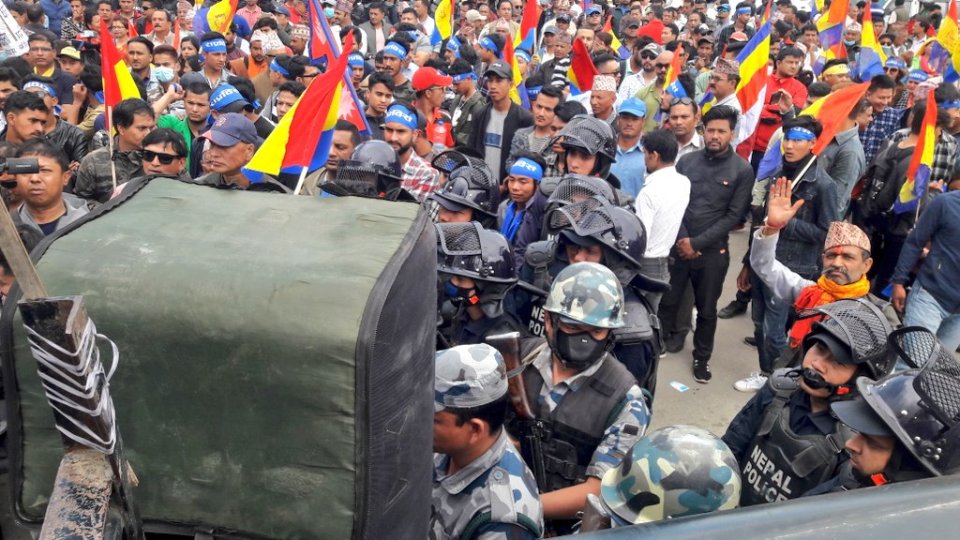 KATHMANDU, April 20: The Rashtriya Prajatantra Party (RPP) has urged the government to address demands raised by the RPP through dialogue.

An urgent meeting of the RPP chaired by Chairman Kamal Thapa held at the party headquarters Dhumbarahi in the capital on Saturday urged the government to meet its demands through peaceful manner.

The party urged the government to hold dialogue with it instead of suppressing the agitation by use of force, according to party's publicity department chief Mohan Shrestha.

The RPP also condemned the government’s crackdown on its recent protest programs.

The party has been holding series of protests in various parts of the country with the 22-point demand including the restoration of Hindu state and monarchy, holding refrendum on federalism, safeguarding territorial integrity, controlling the price-hike and eliminating corruption in the country.

The party, in the press release, concluded that the first phase of agitation ended successfully on Friday by holding several programs including the 15-day “Mechi-Mahakali Swabhiman Yatra”.

The party has formed a taskforce under the leadership of its Senior Vice President Buddhi Man Tamang to hold second phase of agitation with new vigor.

The RPP has urged one and all to express solidarity on its ongoing agitation.