RPP for democracy with monarchy 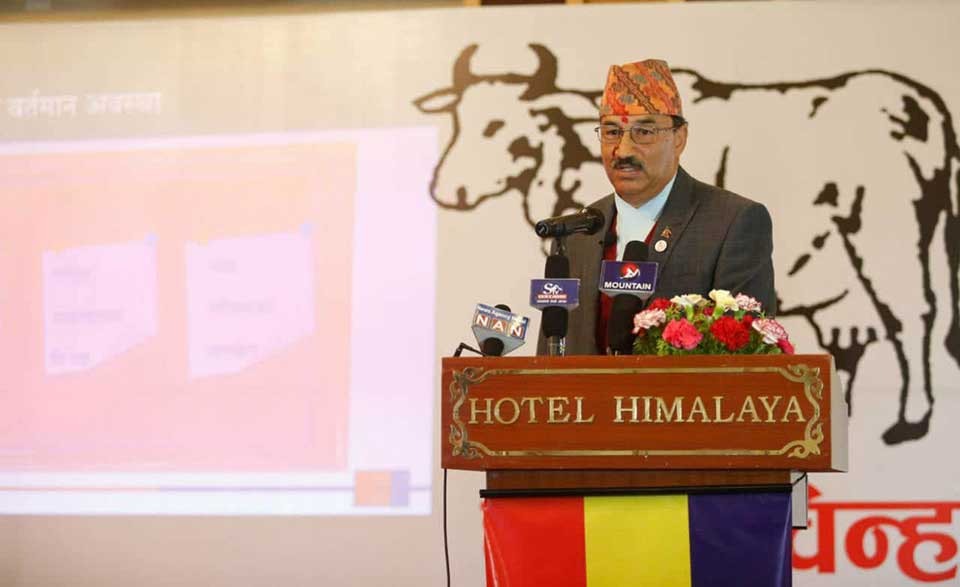 KATHMANDU, Nov 8: The ruling Rastriya Prajatantra Party (RPP) has unveiled its election manifesto on Tuesday advocating democracy with monarchy in the country.

RPP has also reiterated reinstating Nepal as Hindu nation and unitary state with constitutional monarchy as its long-term tactical line.

Unveiling the party's election manifesto on Tuesday, party chairman Kamal Thapa said his party has accepted nationalism as the overall goal and democracy as the soul and thereby establish itself with a unique identity and clear ideology in national politics.

The party's election manifesto will also prioritize economic liberalism with the policy of making the production and the distribution system accessible to all the people in a just manner.

RPP has promised to provide special protection to the backward areas and marginalized classes and for the respect of individual freedom and right to property.

The manifesto has promised to run Kathmandu-Tarai fast track and Mechi-Kali bullet train.
The party has fielded five candidates for parliamentary elections and 20 candidates for provincial elections by makingg electoral adjustments with the Nepali Congress-led alliance.