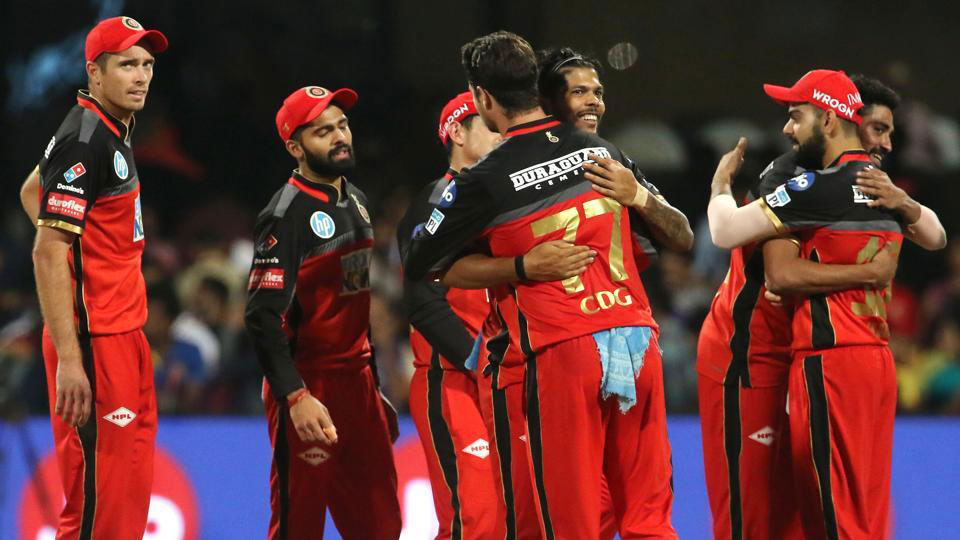 BANGALORE: Royal Challengers Bangalore (RCB) registered a much-needed 14-run win in the IPL 2018 vs Mumbai Indians at the M. Chinnaswamy Stadium on Tuesday.

Umesh Yadav cranked up pace, getting some movement along with it, to slice through the Mumbai Indians (MI) top-order, helping script Royal Challengers Bangalore’s (RCB) much-needed victory at the Chinnaswamy Stadium here on Tuesday.

Their 14-run win is only the third of the season and puts them above Mumbai Indians on the points table. They have six points while Mumbai stay on four.

Umesh, who wasn’t surprisingly played on India’s tour of South Africa, had begun the tournament well, before wavering off in the last match. Here he gobbled up key wickets to put RCB on course early on.

However, just as it looked like RCB would have it easy, Hardik Pandya began to show glimpses of his talent, first playing some powerful strokes to ward off pressure and then watchfully steering the MI ship close to the total.

Umesh had got the wickets of Suryakumar Yadav and Rohit, the latter through an almost unplayable ball that jagged in, after Southee had dismissed Ishan Kishan in the very first over. Mohammed Siraj then got Kieron Pollard to leave MI at 47 for four and gasping for breath.

The early wickets allowed RCB skipper Virat Kohli to bring his spin ace Chahal after the powerplay when the field spread out. It gave Chahal something to bowl at and even though he failed to pick a wicket, he made an impact. Hardik Pandya, otherwise solid, had looked clueless against the leggie.

Earlier, MI had done a decent job in reining in RCB to 167/7 earlier to keep the target within range.

After a flying start provided by opener Manan Vohra, who hit 45 off 31 deliveries, Brendon McCullum and Virat Kohli put on 60 runs in under six overs to set RCB on the cusp of a huge total.

But then Hardik, who was taken to cleaners by McCullum in his first over giving away 17 runs, hit back with a direct throw from mid-off to run the former Kiwi skipper out.

That set off a collapse as Mandeep Singh and skipper Kohli followed soon after, falling off successive deliveries to dash the home hopes of reaching 180 and thereabouts. Only Colin de Grandhomme’s three sixes in the last over of the innings took them to the eventual total.

KATHMANDU, May 20: Delhi Daredevils has set a target of 175 runs to Mumbai Indians in the 55th match of ongoing... Read More...