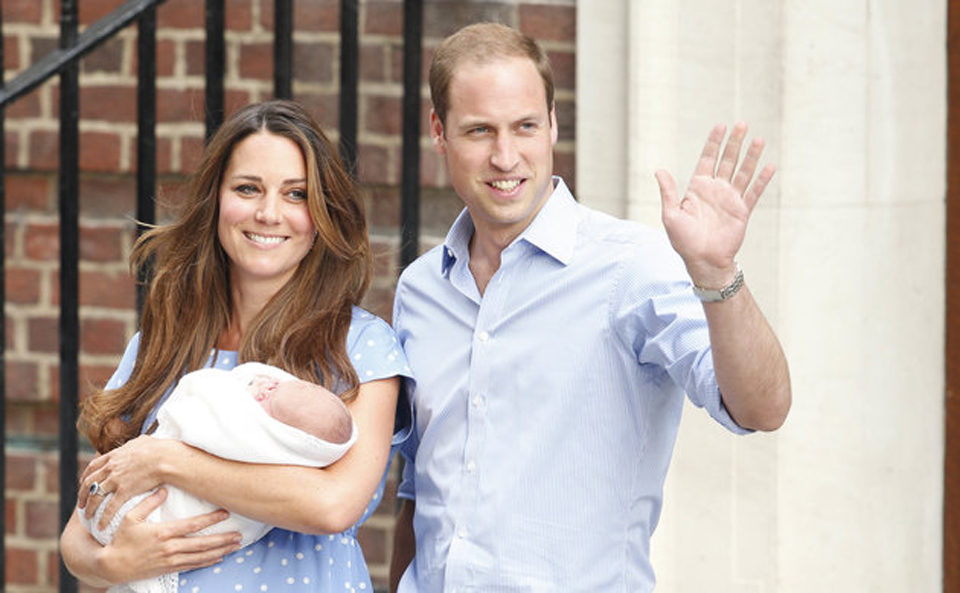 ENGLAND, April 23: The Duchess of Cambridge has given birth to her third child. The baby boy was delivered at 11.01am today weighing 8lbs 7oz, Kensington Palace confirmed.

The prince was born three hours after it was announced the Duchess had been admitted to the private Lindo wing of St Mary’s Hospital in Paddington, London, in the early stages of labor. Her Royal Highness and her child are both doing well.

The baby is fifth in line to the throne, the Queen and the Duke of Edinburgh's sixth great-grandchild and a younger sibling of Prince George and Princess Charlotte.

The baby's title is His Royal Highness and he is a Prince of Cambridge. The baby's sex was a surprise to William and Kate, who chose not to find out what they were having. Predicted first names include Arthur, Albert, Frederick, James and Philip.

The Duchess was taken to the private Lindo Wing at St Mary's Hospital, in central London, before 6 am on Monday in the early stages of labor, with the Duke of Cambridge at her side.

Royal watchers had been expecting a swift delivery. With George, the Duchess gave birth 10-and-a-half hours after being admitted to hospital, but Charlotte was born just two hours and 34 minutes after Kate arrived at the Lindo Wing.

In a statement shortly after 1 pm, Kensington Palace said: "Her Royal Highness the Duchess of Cambridge was safely delivered of a son at 1101hrs. The baby weighs 8lb 7oz. The Duke of Cambridge was present for the birth.

"The Queen, the Duke of Edinburgh, the Prince of Wales, the Duchess of Cornwall, Prince Harry and members of both families have been informed and are delighted with the news. Her Royal Highness and her child are both doing well."

Sunny Leone shared an amazing, happy news with her fans on Monday morning. The actor revealed that she and her... Read More...

UK's Prince Philip to step down from royal duties

Woman jailed for daughter's murder gives birth to a baby

Libnag, Nov 24: A woman, who is serving time at the District Prison Rolpa, on the charge of murdering her... Read More...

Unity a must among those who want new leadership in NC: Thapa
15 hours ago