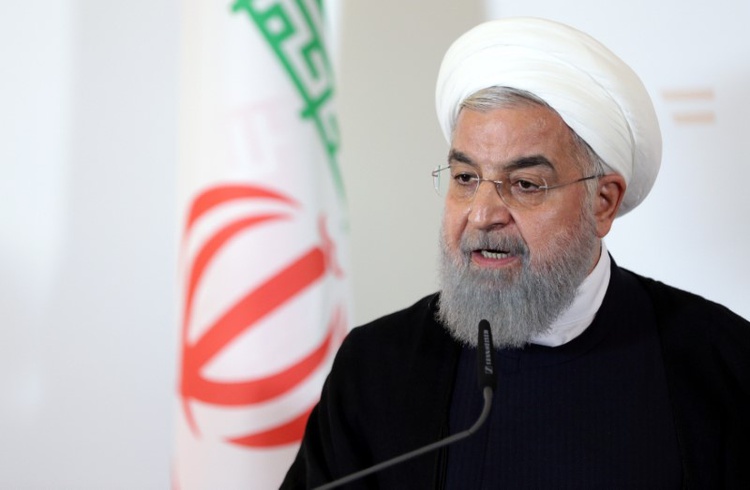 "America's unjust and illegal sanctions against the honorable nation of Iran have targeted our nation in a clear instance of terrorism," Rouhani said in a televised speech.

He was speaking at a conference on terrorism and regional cooperation attended by parliament speakers from Afghanistan, China, Pakistan, Russia and Turkey.

"Economic terrorism is designed to create panic in the economy of a country and fear in other countries in order to prevent investment in the target country," Rouhani added, according to AFP.

"We are facing an all-out assault which is not only threatening our independence and identity but also is bent on breaking our longstanding ties," he continued.

US President Donald Trump withdrew in May from the 2015 nuclear deal between Iran and world powers, which he has said is “the worst deal ever negotiated”.

The US has since imposed two rounds of sanctions on Iran, the latest of which went into effect in early November. Those sanctions aim to reduce Iran’s oil exports to zero in a bid to curb the Islamic Republic’s missile program and regional influence.

Last week, Rouhani appeared to threaten to disrupt other countries’ oil shipments through the Gulf if Washington presses ahead with efforts to halt Iranian oil exports.

“If one day they want to prevent the export of Iran’s oil, then no oil will be exported from the Persian Gulf,” he said.

Rouhani has changed his tone regarding the sanctions in recent weeks. He initially insistedthat the new US sanctions have had no effect on Iran’s economy because Washington had already practically reimposed them earlier.

Iran is hoping to receive assistance from the European Union which has vowed to help Iranevade the economic sanctions imposed by the US, shielding companies doing business with the rogue state in an effort to preserve the nuclear deal.