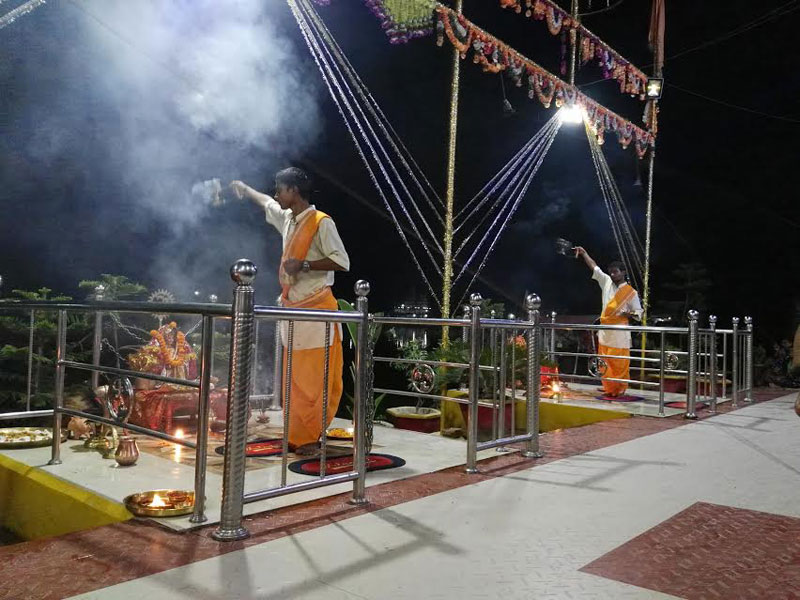 Rudderless due to unawakened masses, Tarai-Madhesh remains almost leaderless even after a decade of the first major upheaval
Abrogation of the Interim Constitution, adoption of a federal structure, fresh delineation of electoral constituencies on the basis of population, and proportionate inclusion of Madheshis in the state apparatuses were some of the primary demands of the popular movement in the winter of discontent ten years ago. Back then, Upendra Yadav—a little-known former UML cadre and a renegade Maoist from Biratnagar—was spearheading the political drive.

Fast-forward to present. Most of Madhesh is still seething in discontent. Federal boundaries that recognize Madheshi homeland hasn’t yet materialized. Population-based representation in the federal parliament and local government units hasn’t been ensured.

Proportionate inclusion of Madheshis in all state machinery—including the judiciary, law enforcement agencies and the armed forces—remains largely a chimera. And on the occasion of the Tenth Anniversary of the First Madhesh Uprising, Upendra Yadav—still the most recognizable face of the movement—has to thunder all over again that if extensive amendments weren’t done pronto in the ‘fast-tracked’ statute, it may well have to be scrapped altogether.

The French once sighed in exasperation after experiencing futility of a revolution—plus ça change, plus c’est la même chose (“The more things change, the more they stay the same”). The fate of most political movements everywhere is more or less the same.

Perhaps that’s the reason revolutions keep revolving. The frequency of mass uprisings in Nepal has been every ten years. While it’s difficult to predict a date, it’s almost sure that the status quo shall remain intact unless people don’t pour out peacefully in the streets to take control of the situation. It’s an axiom of politics that political power is never given, it has to be taken, by persuasion if possible but also by coercion if necessary.

First principle
Constitutionality and elections are legitimate ways of distribution of authority, but ballot boxes are proper arbitrators only when unanimity exists over fundamental issues of politics. When contestations are over principles, polls merely intensify polarization. Only a political movement can then resolve the contradiction.

The Ranarchy could never have been ousted through any number of referendums. Elected government was an idea whose time had come, and it caused a revolution to make itself acceptable. A counter-revolution through royal-military coup established the fashionable concept of the Cold War years—guided democracy—in the name of Panchayat. King Mahendra didn’t need to hold a plebiscite to establish his absolute rule.

King Birendra did hold a referendum, howsoever imperfect, but it needed a People’s Movement in 1990 to force him cede most of monarchy’s power. Had Maoists shown faith in electoral processes, Nepal would still probably be a partially-constitutional, fully-Hindu, and a half-monarchical kingdom with a mono-ethnic apparatus of a completely centralized state running day-to-day administration. Without prior acceptance of republicanism and federalism as fundamental features of constitutionality, it’s extremely unlikely that the Constituent Assembly in 2008 would have been able to declare the country a federal and democratic republic from its very first sitting.

Somewhat like parliamentary democracy in 1950, guided democracy in 1960, liberal democracy in 1990, and republican democracy in 2006, federal democracy is an altogether new concept of doing politics in the twenty-first-century. Like all previous paradigm shifts, the idea of federal democracy too would need massive mobilization of population to materialize. However, there is a sever glitch—the issue of federalism has pitted the KHAAS (the constitutionally defined category of Khas-Aryas) and loose grouping of AAM (Adibasis and Madheshis) people against each other. It’s difficult, if not impossible, to bridge the distrust-gap without sustained political pressure. Unlike earlier four major milestones of political evolution, the fifth marker celebrating substantive federalism and proportionate inclusion may take longer than previously imagined.

Internal dynamics
Perhaps a note of mea culpa is necessary to put social fissures that hinder evolution of Madheshi solidarity into perspective. Like many other Madheshis of the middleclass, till the mid-noughties I sincerely believed that the Nepali Congress will slowly but surely evolve into a federalist party adhering to principles of inclusion and cultural rights in due course. I had no idea that the pioneers of democracy would first stagnate into majoritarianism of the 1990s and then degenerate into doing a brand of politics that can at best be termed ‘multi-party Panchayat democracy’, something that King Birendra had alluded to in the 1980s but refused to deliver once the challenge of the referendum was successfully overcome.

When the Interim Constitution was adopted in mid-January 2007, ostensibly to institutionalize political achievements of April Uprising 2006, some disgruntled Madheshis residing in Kathmandu—a few of them had carefully donned Dhaka caps to prove their patriotism—had gathered at the Maitighar Mandala to set the statute afire. The tone and tenor of the assembly was decidedly anti-Maoist and a few had chanted slogans against Nepali Congress too. It had appeared to be the handiwork of ancien régime bent upon scuttling the nascent democratic order espousing republicanism. Emotionally involved in the unfolding process, I had found the protest a trifle offensive.

I wonder at my unbridled optimism of the early-noughties now. In a burst of enthusiasm and belief in the adaptability of the NC, I had predicted the unfolding of a Rhododendron Revolution in Nepal as early as April 2005! The faith soon turned out to be completely misplaced. But I digress.

The ritual of burning the statute at Maitighar Mandala was intended to be an expression of discontent. The regime, however, took the demonstration as an act of subversion. The all-powerful Prime Minister Girija Prasad Koirala and his political henchman Krishna Prasad Sitaula dealt with demonstrators in a heavy-handed manner. A few days later, Maoists fired at protestors in Lahan killing a youngster on the spot. The rest, as the cliché goes, is a decade-old history of repeated repression of Madheshi protests by the state. Several dozen have been killed, hundreds jailed on trumped-up charges, and thousands displaced from their homes cowering in fear due to brutal campaigns of state forces. The resistance in Madhesh, however, has neither been unified nor coherent. Madhesh remains a divided house.

The caste arithmetic in Tarai-Madhesh is too well-known to need elaboration. The so-called ‘forward-castes’ constitute a tiny minority but have remained at the apex of the hierarchical triangle for so long that the newly empowered majority at the base are etching to throw them out and show their place in a majoritarian democracy. The KHAAS rulers and the PEON have played the division to the hilt. It’s easy to sneer at half-dozen Madheshbadi parties with almost the same political agenda, but cast or tribal loyalties usually triumphs over all other issues during initial phases of political mobilization in most primitive societies. Tribal nature of KHAAS leadership is a case in point—the entire lineup consists of Bahun-Chhetris.

Class distinction in the political economy of Tarai-Madhesh is another reason behind lack of cohesion in the community. The absence of Madheshi upper-class is a product of Gorkhali rule that appropriated all its resources and siphoned off economic surplus elsewhere without investing a paisa for creating prosperity. A few Madheshis that can be counted as belonging to the comfortable class are too busy fighting to be accepted as honorary members of the KHAAS community to stand up for self-rule and shared governance.

Members of the Madheshi intelligentsia internalize their social inferiority and begin to accept fraternity without equality within few years of initiation into respectable professions. Apart from prosperity, peer recognition is what most professional achievers prize, and both can only be obtained by conforming to existing order rather than voicing concerns of their own communities. At the end of the day, the dream of every AAM intelligentsia is to belong to the community of KHAAS standards.

Religious minorities, particularly Muslims, and Madheshi janjatis such as Tharus, perhaps feel that risks of associating with protesting masses are far too high as compared to small but assured rewards of showing loyalty to the ruling community. For Madheshi Dalits, looking for leadership among fellow KHAAS downtrodden probably appears more alluring.

Rudderless due to unawakened masses, Madhesh remains almost leaderless even after a decade of the first major upheaval. There is a caveat; the quiet submission of the subaltern shouldn’t be confused with meek acceptance of the status quo. The political construction of Madhesh is a work in progress. It will be best to make it a part of the larger mission of constructing accommodative ‘Nepaliya’ identity. Alternatives could prove to be hugely disruptive.

There is a need for sustained engagement from below. For this we need to re-imagine public space in Nepal ... Read More...