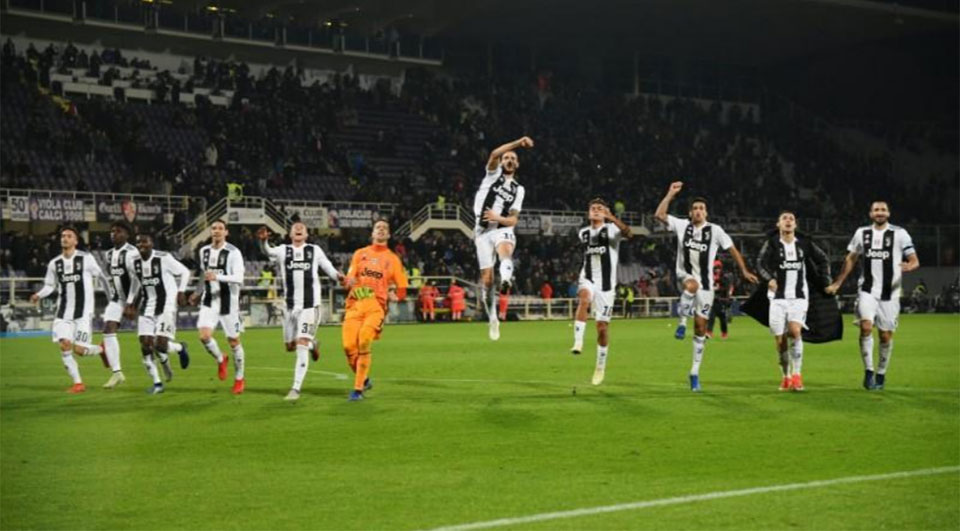 MILAN, Dec 2: Juventus forward Cristiano Ronaldo scored for the fifth league game in a row to complete a 3-0 win for the unbeaten Serie A leaders away to Fiorentina on Saturday.

Fiorentina, who had drawn their previous five games, were made to pay for missing their chances as Juventus, who have dropped only two points in their first 14 games, moved on to 40 points, 11 ahead of second-placed Napoli.

Midfielder Rodrigo Betancur gave Juventus the lead in the 31st minute as he played a one-two with Paulo Dybala, burst into the penalty area and placed a low shot wide of Alban Lafont.

Marco Benassi and Vitor Hugo both missed good chances for Fiorentina after the re-start and Wojciech Szczesny saved a Federico Chiesa half-volley.

Lafont got a hand to Chiellini’s volley, the ball bounced and the backspin took it into the net, evading two other players.

Almost inevitably, Ronaldo got on the scoresheet with an emphatic penalty after Edimilson Fernandes handled, taking his tally to 10 in the league and making him joint top-scorer with Genoa’s Krzysztof Piatek.

“This is a team of great champions and great men who have great character, it’s the desire to win that makes the difference,” Juventus coach Massimiliano Allegri said.

“The players are ready to run and chase, to make themselves available to their teammates.”

Fiorentina coach Stefano Pioli accepted that his team were let down by their finishing as they dropped to twelfth.

“It’s a pity we didn’t finish off any of the many chances that we created, something which was not easy to do against great opponents,” he said.

“The result is deceptive, I’m especially sorry we conceded the first goal and did not take advantage of dangerous situations in the second half.”

Sudurpaschim Province Assembly meeting postponed to 4PM today
59 minutes ago
One arrested with Rs 900,000 of undisclosed source
1 hour ago