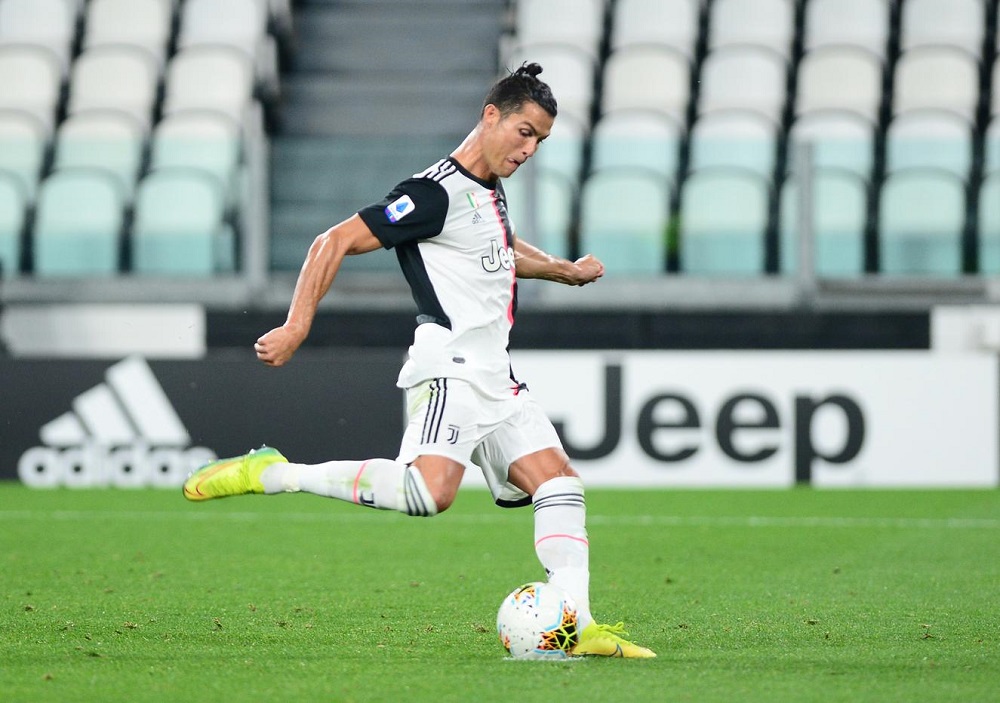 TURIN, ITALY, June 27: Cristiano Ronaldo scored a thumping penalty and created goals for Paulo Dybala and Gonzalo Higuain as Juventus hammered 10-man Lecce 4-0 on Friday to stretch their lead over Lazio at the top of Serie A to seven points.

The 35-year-old Ronaldo had set out his stall in the first half with an acrobatic overhead kick, and when Lecce’s Fabio Lucioni got a straight red card for a clumsy challenge after 32 minutes the visitors were left with a mountain to climb.

Juve took the lead in the 53rd minute when Ronaldo fed Dybala, who clipped a superb shot into the top corner. Ronaldo converted a penalty nine minutes later after being felled in the box.

The Turin side dominated possession throughout, and though Lecce bravely tried to play the ball out from the back to mount attacks of their own, they struggled to get out of their own half.

Higuain came off the bench to make his first appearance for Juventus since the resumption of Serie A following the coronavirus pandemic, and a clever backheel from Portuguese Ronaldo set him up to score in the 83rd minute.

Centre back Matthijs de Ligt added the fourth with a close-range header from Douglas Costa’s cross to complete the rout.

Juventus, bidding for their ninth successive Italian title, moved to 69 points after 28 games, seven clear of Lazio who have a match in hand.

Lecce remained third bottom on 25 points, behind Genoa on goal difference and one point adrift of Sampdoria in 16th spot.

With clean-feed coming into force, foreign TV channels are ad-free; some 150 channels’ broadcast suspended
7 hours ago

21 deaths from COVID-19 in Sudurpaschim Province
11 hours ago