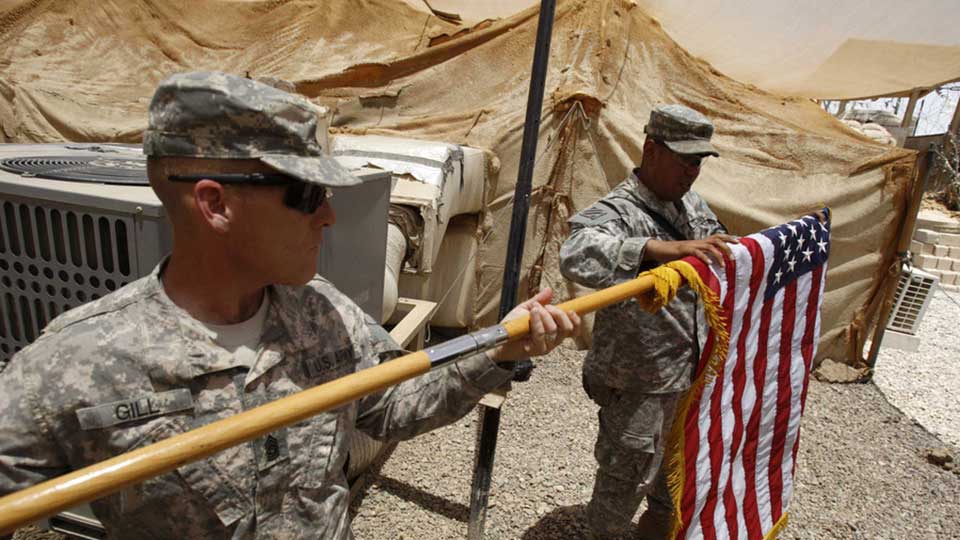 WASHINGTON DC, Dec 4: Donald Trump campaigned with a promise to put ‘America first’ and to stay out of foreign conflicts. As president, Trump has followed the same interventionist policies that failed his predecessors, says former Congressman Ron Paul.

Rather than back out of the meeting, Paul wrote on Monday, Trump should have used the opportunity to declare that the US is not the “policeman of the world,” and that “what flag flies over Crimea is none of our business.”

Crimea’s majority-Russian residents voted to rejoin Russia in 2014, rather than side with the US-supported pro-Western regime in Kiev. Trump’s messaging on Crimea has been inconsistent since. Before incurring the wrath of the media in June by reportedly telling world leaders that “Crimea is Russian because everyone who lives there speaks Russian,” Trump agreed to sell Javelin anti-tank missiles to Poroshenko’s anti-Russian government.

In a press conference after last month’s midterm elections, Trump castigated his predecessor Barack Obama for allowing “a very large part of Ukraine to be taken” on his watch, not blaming Russia but not contradicting State Secretary Mike Pompeo’s referral to Crimea in June as under Russian “occupation.”

Torn between the demands of the American electorate and the influence of foreign policy ‘experts’ in Washington, Trump seems to have been listening to the latter in recent months, Paul wrote.

On the campaign trail, Trump had slammed President George W. Bush’s $1.9 trillion wars in Afghanistan and Iraq, and promised to stay out of Syria. Since taking office, however, he signed off on multiple cruise missile strikes against Syria, continues to arm anti-government rebels there –many of whom have links to Al-Qaeda–and continues to hit all three countries with airstrikes, some of them deadly to civilians.

Trump responded to the tragic news of three US soldiers losing their lives to a roadside bomb in Afghanistan last week with a pledge to continue fighting the longest war in US history, because, Paul said, he listened to neoconservative ‘experts.’

“Virtually every expert that I have and speak to say if we don’t go there, they’re going to be fighting over here,” Trump said after the fatal attack. “And I’ve heard it over and over again.”

“That is the same bunkum the neocons sold us as they lied us into Iraq!” countered Paul, before offering some advice to the president. 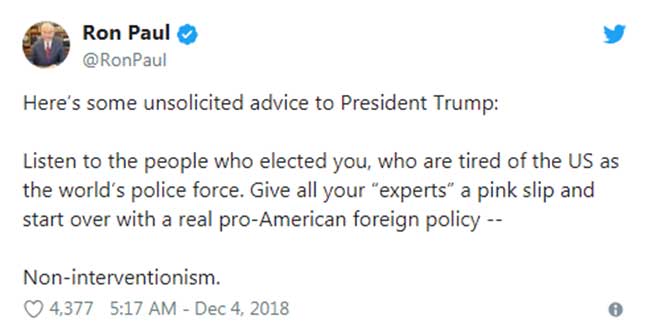 “Listen to the people who elected you, who are tired of the US as the world’s police force. Let Ukraine and Russia work out their own problems. Give all your ‘experts’ a pink slip and start over with a real pro-American foreign policy: non-interventionism,” the former congressman from Texas wrote.

Number of people dying of coronavirus in Nepal rises to eight
9 hours ago
Tax rise on electric vehicles will hit govt plan of making country self-reliant in energy use: Lawmakers
11 hours ago
Supreme Court orders govt to provide goods to needy for preventing COVID-19 pandemic
5 hours ago
Hong Kong to evacuate its 330 people stranded in Nepal on Monday: report
5 hours ago

LIVE: Meeting of House of Representatives underway
16 hours ago