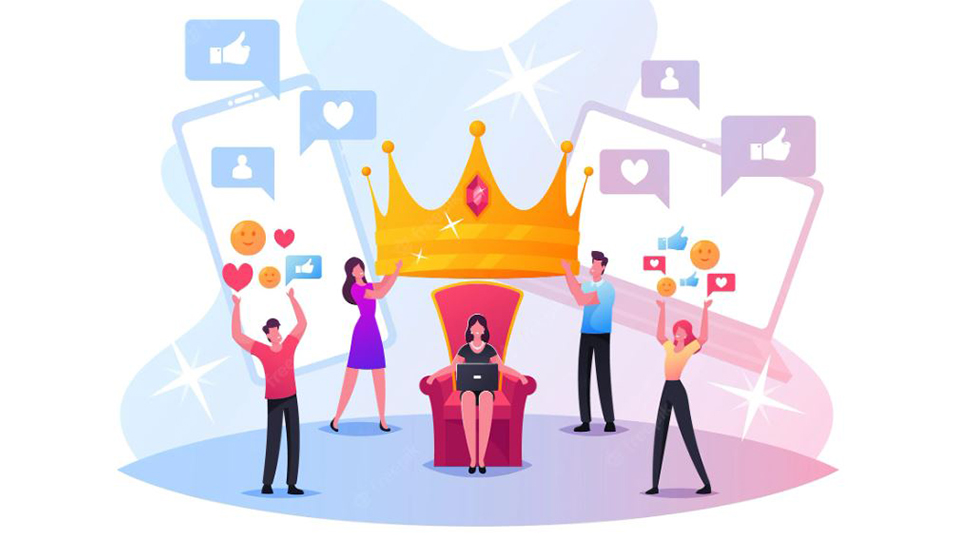 The author is a Psycho-social Counselor/Mental Health Advocate/ Consultant.
news@myrepublica.com

With the advent of the internet and, more so, now with the widespread usage of social media, celebrities have been able to maintain their legendary status in society while also becoming more accessible and realistic to the general people.

Celebrities are influential figures whose behaviors and judgments are closely observed and often imitated by a large audience. In the domain of popular culture (sports, entertainment, and fashion), celebrities are well-known individuals. This cohort of people has taken on special significance as potential sources of influence in countries where the media actively aids in the creation of celebrities.

The impact of celebrities on societies and the individuals who live in those societies has been much discussed and written about. They are frequently viewed as cultural ambassadors and are linked to activities that are profoundly rooted in human society, such as storytelling (actors), music (singers and musicians), and the formation of social hierarchies and negotiations (singers and musicians) (politicians).

With the advent of the internet and, more so, now with the widespread usage of social media, celebrities have been able to maintain their legendary status in society while also becoming more accessible and realistic to the general people. These two, opposing perspectives on celebrities lead to a type of double standard in how others react to their conduct.

This has resulted in some perplexing social challenges, particularly in regard to how we interpret celebrities’ misdeeds. Even if they breach the law or do something morally problematic, they are frequently not held to the same standards as non-famous people. The transgression is either overlooked or given a great deal of weight, making the person a perpetual villain.

But why are certain celebrities held to a higher standard than others for the same actions? The following provide some reasons.

When analyzing ordinary people's "connections" with celebrities, "parasocial relationships" is a crucial idea to keep in mind. This expression characterizes fans' one-sided relationship with their favorite celebrity, in which supporters believe the star is a personal friend or with whom they identify.

This sensation is heightened when the celebrity discusses personal details about their lives in interviews or on social media, giving fans a sense of knowing the "true" person behind the public image. It is far simpler to forgive a friend than a stranger.

Image of a professional

Celebrities' careers are heavily reliant on how the public perceives them because they are so strongly ingrained in our culture. This is why, if a celebrity's reputation and professional image are founded on being wholesome, the penalties of tarnishing that image by being unwholesome in some way are far more severe.

If they break the law, the legal consequences may be the same as for anybody else, or even more lenient than for a non-famous person, but the social consequences of their "betrayal" to their public image are far more severe. Their acts go against the mental "connection" that their followers have with them, and as a result, they are more inclined to perceive them negatively or shun their work in the future.

Even if their acts contradicted their public character or were illegal in some way, some celebrities have been able to weather the storm. This is typically due to their personal charisma and charismatic demeanor, which allows them to maintain the attraction that the audience feels toward them despite their behavior.

Charisma and excellent social skills can persuade people to forgive a lot and overlook the negative aspects of their previous "relationship" with them. In this situation, their parasocial interactions with the public work in their favor, especially since they never professed to be a “perfect” or "pure" person to begin with.

There could also be other factors at play. For example, the media forgives some celebrities and its reaction to an incident impacts the future. It's easy to forget about the celebrity's history if they're still in front of you on a daily basis and in a positive light.

Good appearance, as well as bias if the person is frequently contrasted to a celebrity you loathe, could play a role. This is especially common in politics when polarization causes individuals to forgive "their side's" transgressions because they already hold the other side in such low regard.

What does this have to do with anything?

In most people's lives, whether or not they think of celebrities in a positive light makes a minor influence. However, it teaches us a lot about ourselves, such as what we normalize, accept, and why we believe the way we do. As a result, it's beneficial to pause and consider what influences our perceptions of celebrities, as well as what we might need to know about ourselves in order to improve our own self-worth.

Thirty years ago this month, a young British physician working at a lab near Geneva invented a system for scientists... Read More...

By taking existing structures and processes to their logical extremes, artificial intelligence (AI) is forcing us to confront the kind of... Read More...