Role of IT important for prosperous Nepal: Minister Banskota 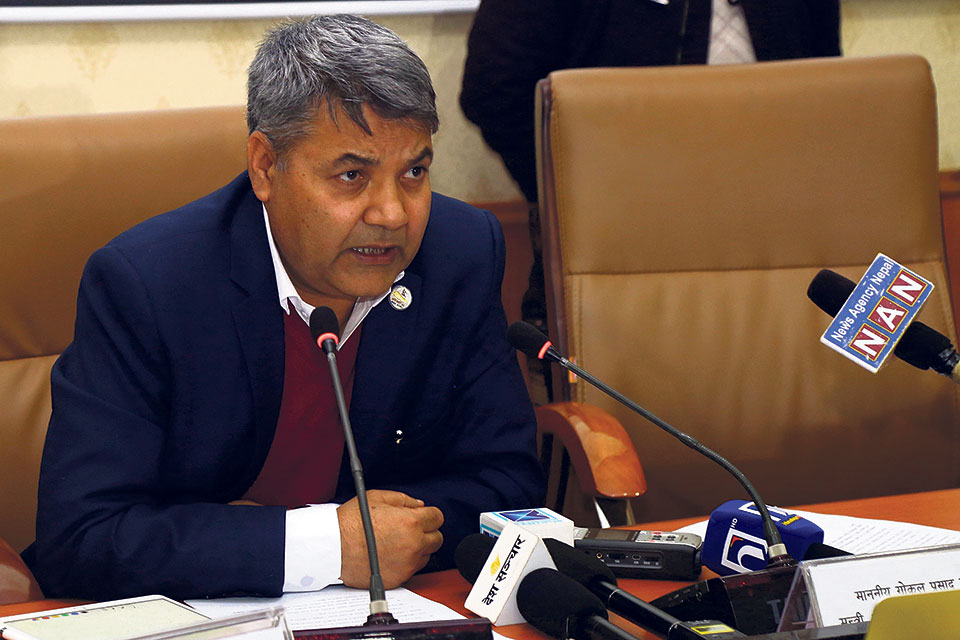 KATHMANDU, April 7: Minister for Communications and Information Technology Gokul Banskota has asserted that the information technology would play an important role in achieving the government's motto ‘Prosperous Nepal: Happy Nepali.’

Inaugurating the Nepal Mobile Congress-2019 organized here today by the Chinese telecommunication giant Huawei here today, Minister Banskota said the government was active to make Nepal a digital country. Calling upon the cooperation from one and all to achieve the vision of ‘Digital Nepal’, Banskota admitted that the government would like to take support from investors, private sectors in development and expansion of information and technology.

“Nepal is paving its path towards Nepal digital economy. Information Technology would be optimally employed in education, health, agriculture, tourism, forest, irrigation and energy sector,” the Minister observed. Reminding that Prime Minister KP Sharma Oli had instructed to bring into effect the digital framework within five years, Minister Banskota expressed his confidence that Nepal would make a stride in the field of information and technology.

Huawei, has been working in Nepal since 1999, has its presence in more than 170 countries across the globe. The four-day event showcases the works carried out by the Chinese telecom giant. Huawei’s Executive Chief for Nepal, Denny Deng, urged all sides for the digital economy and shared about the activities of the Huawei.