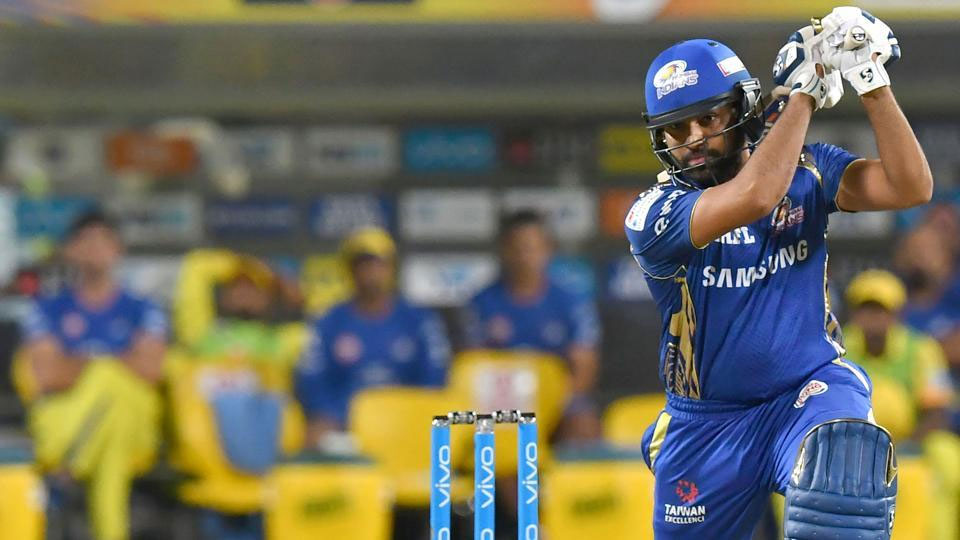 Rohit Sharma in action during the Indian Premier League (IPL) 2018 match between Chennai Super Kings and Mumbai Indians at the MCA International Stadium on Saturday. (AFP)

April 29: Mumbai Indians have made a shaky start to their IPL 2018 campaign, but showed on Saturday what they are capable of as they outgunned Chennai Super Kings in every department to record an eight-wicket win.

It all started with the second over of the match bowled by Jasprit Bumrah. He was quick, aggressive and into the rib cage of Ambati Rayudu, who looked uncomfortable. Bumrah conceded just two runs in that over.

Then on whenever Chennai threatened to pull away, they were pulled back by Mumbai. Ambati Rayudu (46) and Suresh Raina (75 no – 47b, 6x4, 4x6), who scored his 32nd IPL fifty, raised 71 for the second wicket but Mumbai bowled a few pressure overs that culminated in Rayudu falling to spinner Krunal Pandya.

Chennai were 91/1 after 10 overs with MS Dhoni, Dwayne Bravo and Sam Billings waiting in the wings to flex their muscles. But the big push never came at they scored just 78 runs in the next 10 overs.

Mumbai kept the CSK batsmen on a tight leash, conceding just 15 runs between overs 11 and 14.

Dhoni promoted himself to No 4. He first hit back-to-back fours off Hardik Pandya in the 15th over and then scored 12 in the next over by young leggie Mayank Markande.

But Dhoni was out for a 22-ball 26 the first ball of the 18th over, hitting a Mitchell McClenaghan full toss to long-off.

With the target not that steep, Suryakumar and Lewis played cautiously. During their 59-ball stand, they made sure CSK weren’t given any opportunity to make inroads.

Suryakumar was more aggressive while Lewis struggled, playing 13 dots in the first 25 balls he faced. Later, he opened his shoulders, hitting two sixes off leg-spinner Imran Tahir in the 11th over to ease the pressure on him. Lewis was out after scoring a 43-ball 47 but Rohit Sharma took over, scoring a brisk half-century – his 33rd IPL half-century -- to seal Mumbai’s second win of the season.