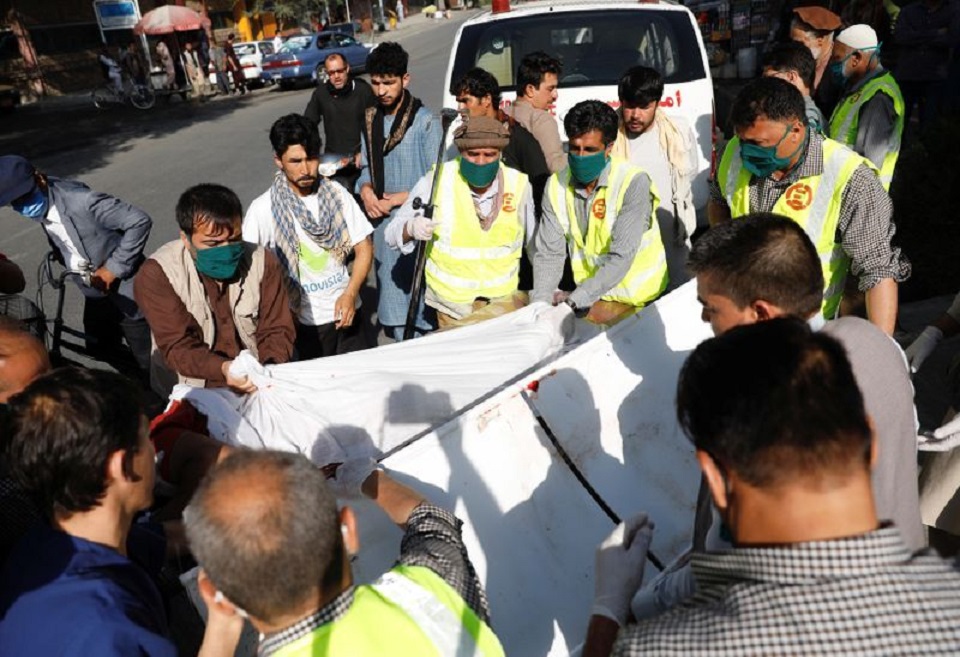 KABUL, Sept 9: A roadside bomb in Kabul targeted First Afghan Vice President Amrullah Saleh on Wednesday morning, but he escaped unharmed, his spokesman after the attack which killed and wounded at least 20 people, including some of his bodyguards.

There was no immediate claim of responsibility for the attack, which comes just ahead of long-awaited peace talks between the Afghan government and the Taliban in Qatar’s capital of Doha.

“Today, once again the enemy of Afghanistan tried to harm Saleh, but they failed in their evil aim, and Saleh escaped the attack unharmed,” Razwan Murad, a spokesman for Saleh’s office, wrote on Facebook.

He told Reuters the bomb targeted Saleh’s convoy and some of his bodyguards were injured.

Saleh, a former intelligence chief, has survived several assassination attempts, including one on his office last year that killed 20 people.

Officials and diplomats have warned that rising violence is sapping trust needed for the success of talks aimed at ending an insurgency that began when the Taliban was ousted from power in Kabul by U.S.-back forces in late 2001.

KABUL, July 3: Taliban officials are due to meet a group of Afghan delegates in Doha this weekend as diplomatic efforts... Read More...

Is the delta variant of the coronavirus worse for kids?
44 minutes ago