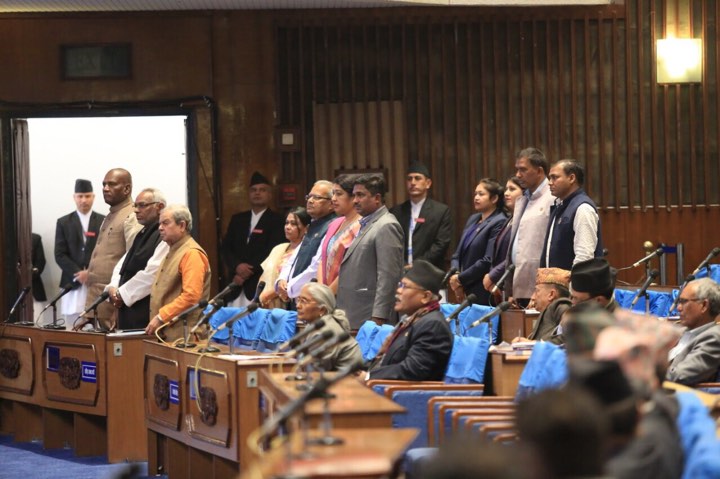 KATHMANDU, March 24: The meeting of the House of Representatives has been adjourned following the protest of the disgruntled Rastriya Janata Party Nepal (RJPN). This is the third time the RJPN obstructed the parliament. Speaker Krishna Bahadur Mahara adjourned the meeting for ten minutes.

The RJPN parliamentarians obstructed the House session demanding the government to release a report produced by a high-level commission led by former justice Girish Chandra Lal, which was formed to investigate the atrocities committed during the Madhes movement in 2015.

The government has not made public the report produced by the Lal Commission even following the instruction of Speaker Mahara to do so. The report has stated that 66 persons including ten police personnel were killed in the movement.

The commission was formed as per the demand of the Madhes-based parties and it had submitted the investigation report to the then Prime Minister Sher Bahadur Deuba in December 2017. However, the government has not made the report public.

Violent protests had erupted in the run-up to constitution drafting as the Madhes-based fringe parties vehemently opposed the plans of the major political parties to promulgate the constitution through a fast-track process in the constituent assembly.

The probe commission was set up as per a three-point deal reached between the Nepali Congress, the CPN (Maoist Centre) and the then Federal Alliance of the disgruntled Madhesi parties.

The report has incorporated altogether 3,264 complaints registered at the commission.

KATHMANDU, March 18: The Rastriya Janata Party obstructed the parliamentary proceeding of the House of Representatives for the third time.... Read More...

Nepse inches up 3.33 points after falling continuously for four days
6 minutes ago