RJP-N lawmaker Chaudhary to remain in prison despite taking oath

With the Supreme Court’s decision, Chaudhary will remain in the prison as before despite oath of office and secrecy he took four days ago.

Hearing the case, a division bench of Justices Ishwor Prasad Khatiwada and Purusottam Bhandari upheld the Kalali district court and High Court’s decision on Chaudhary, thereby refusing to release him.

“Based on Chaudhary’s call details and the other available evidences including the statement provided by Pradip Chaudhary, one of the accused, it is not necessary to reverse the decision taken by lower courts on Chaudhary’s case ,” reads the verdict issued by the SC.

Chaudhary had filed a case at High-Court, Diapayal, against the verdict of District Court, Kailali, made on February 26, 2018. Similarly, Chaudhary knocked the door of the SC on June 19, 2018 against the decision of High-Court made on April 5, 2018. 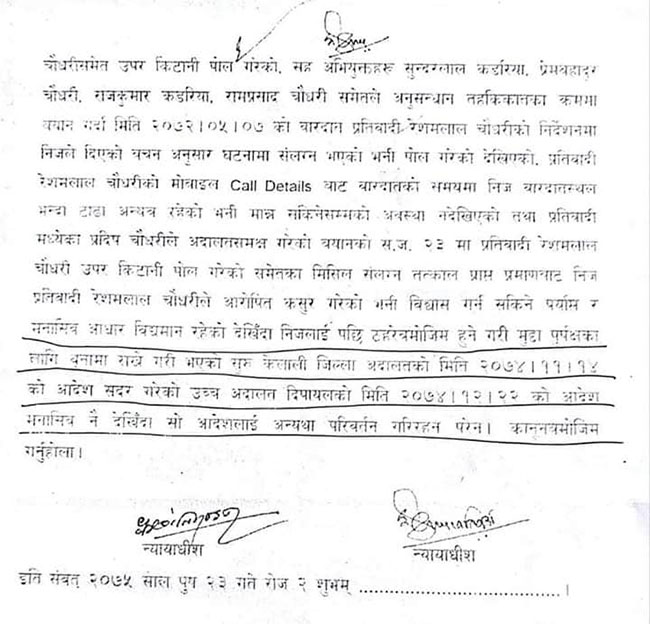 KATHMANDU, Jan 4: Although the Rastriya Janata Party Nepal (RJPN) had long been demanding that the government facilitate the administering... Read More...