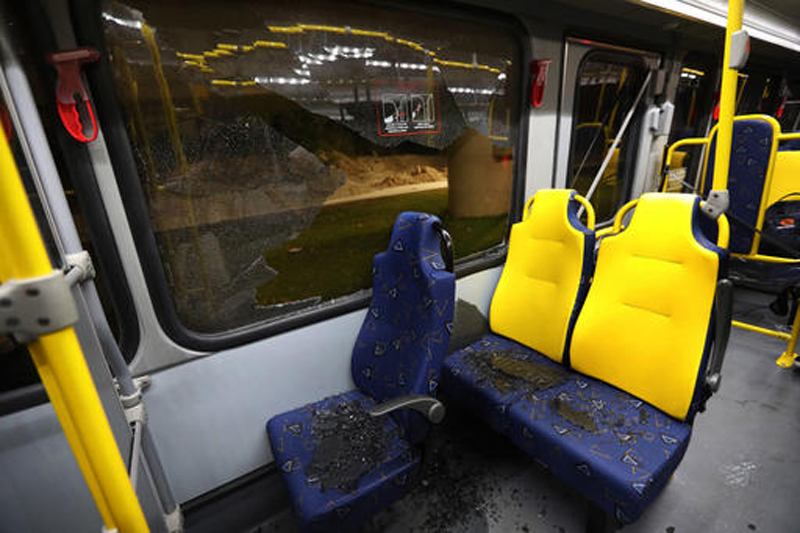 RIO DE JANEIRO, Aug 10: Rio Olympic officials say military police are stepping up security after a bus carrying journalists had two windows broken after being struck by what it calls "unknown projectiles."

Britain's Press Association, however, is quoting Lee Michaelson, a retired U.S. Air Force captain who covers women's basketball, as saying she instinctively hit the floor when she heard the gunfire.

The Rio organizing committee says patrols have been stepped up after the incident Tuesday involving a bus traveling toward the Olympic Park. The committee says the driver heard a noise from inside the bus, which he thought was photography equipment falling down.

The Rio statement says when the driver checked his mirror, he found journalists lying on the floor. He saw a police car and stopped.

The International Olympic Committee says the matter is under investigation.

The incident raises security concerns at the Rio games. Some 85,000 soldiers have been deployed — twice that of the 2012 London Olympics.

Four arrested with Red Panda hide, two others with musk
15 hours ago