KATHMANDU, Feb 1: "When I first heard of the earthquakes in April 2015, I was abroad and my family was in Nepal.  The phone was not working and there was no way to fly back as services came to a halt. My wife later told me to not return home immediately but I was concerned. Then I asked my students and friends to join in raising some funds."

When we hear of accidents or untoward incidents, we get nervous. We get taken over by grief much easily. Do you respond to such things any differently? I asked him.

"Yes, a little bit differently. Because we are constantly training our mind through meditation that everything is impermanent, nobody can condition anything forever. Whatever is conditioned is bound to change and never lasts. So when something big happens, our mind is already ready to accept such changes. Meditation helps you. Then you live for the real essence, for bigger things, harmony, compassion, humanity, enhancement of your true self.”

Shyalpa Tenzin Rinpoche is a delightful package to listen to. He talks about peace, compassion, Buddha, and it's hard to ignore the insights. He unveils the curtain of ignorance and gives you a sneak peak into the world of knowledge. In between such profound discussions, he cracks light jokes. He calls himself a lazy man, but since his time is 'taken care of rather by others', he gets busy delivering lectures at renowned universities, training centers, and institutions around the world. And these days his popular dialogue is – 'Let's make peace more fashionable than war.'

In the course of trying to make 'peace more fashionable and appealing to the entire world', Rinphoche is busy building something incredible. It's said that love cannot be seen through physical eyes and so is the peace. But wait for a few months and the Rinpoche is likely to prove you wrong!

The splendid design of a giant peace sanctuary under construction in Lumbini, the birthplace of Buddha, radiates nothing but peace.  Spread over 15 ropanis of land, the Universal Peace Center is going to be a magnet for peace lovers, change agents, positive forces from across the world. Meetings and conferences will be held, programs organized, huge numbers of visitors 'from everywhere' will be invited.

German architect Stephen Braunfels, who designed the German Bundestag in Berlin, and Rinpoche himself are the architects of the sanctuary. Many other top engineers and surveyors have added to the value. So far, 219 pilling of 17 meter depth and two feet wide steel and concrete have been completed. The second set of the construction is underway in Lumbini. 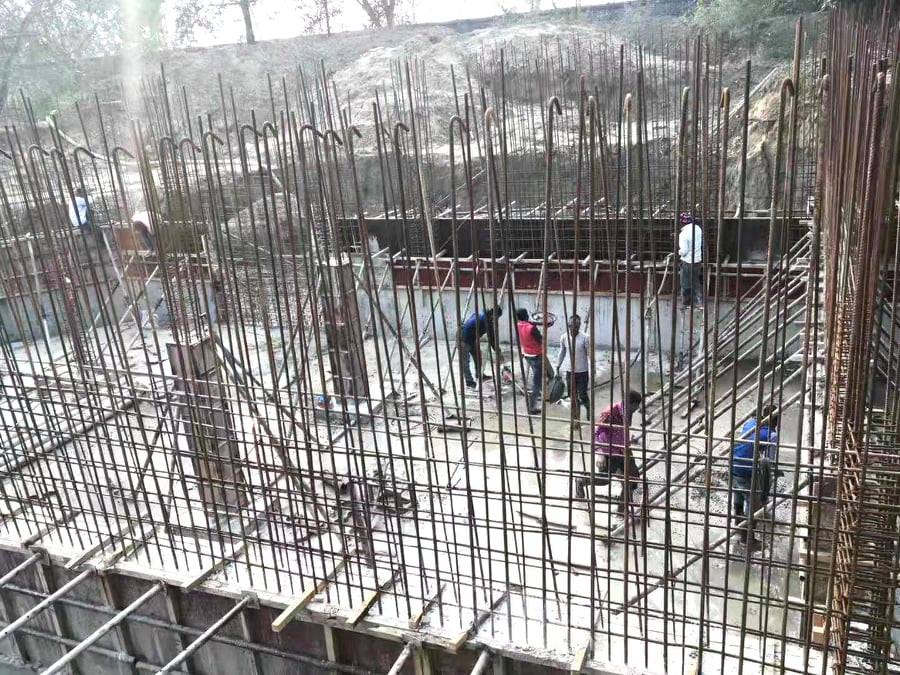 One can donate one rupees for the project. This 'one rupees or one dollar idea' was that of the Rinpoche as this would involve a lot of people in the project.

"Let everyone own it. Let everyone be a stakeholder. More the people feel connected, the more they will internalize and spread the message. Huge donations may come, I have many such friends. But the value of one rupees is very high," the Rinpoche explained, while adding that all the financial dealings and donations will be there to see for everyone at www.peacesantuary.org. The total estimated cost of the project is around 40 to 45 million dollars.

Author of a couple of books, including 'Living Joyfully – Finding Joy in Every Breath', the Rinpoche always wanted to leave behind something meaningful that could be celebrated by the generations to come. During his extensive works and visits across the world as a student and then as a Buddhist master, he felt greater urgency to direct people to peace. 'Rapid digitization of peoples' lives have given them enough tougher times, and inner peace is much more challenged.' On top of that, his close friends in Nepal and abroad kept urging him 'to do something to institutionalize the message of peace where they could contribute to'.

As the famous cultural icon centenarian Satya Mohan Joshi puts it, the sanctuary is going to make an impact. It honors Buddha's path and the light, as well as his mother Maya Devi's sacrifice. Maya Devi died soon after giving birth to Siddhartha Guatam. According to Joshi, a visit to such a sanctuary, which will be spectacular in view, will be immensely rewarding for people.

The mega building will constitute a research center on ancient Buddhism related issues, meditation centers, museum, library, conference halls, Bihar and Gumba, among others are expected to be completed within the next three years. The Rinpoche started the initiative in 2013. On May 21, 2016 the Golden Vase Placement Ceremony was held at the chosen sanctuary site, and the construction ceremony was celebrated on April 29, 2018. 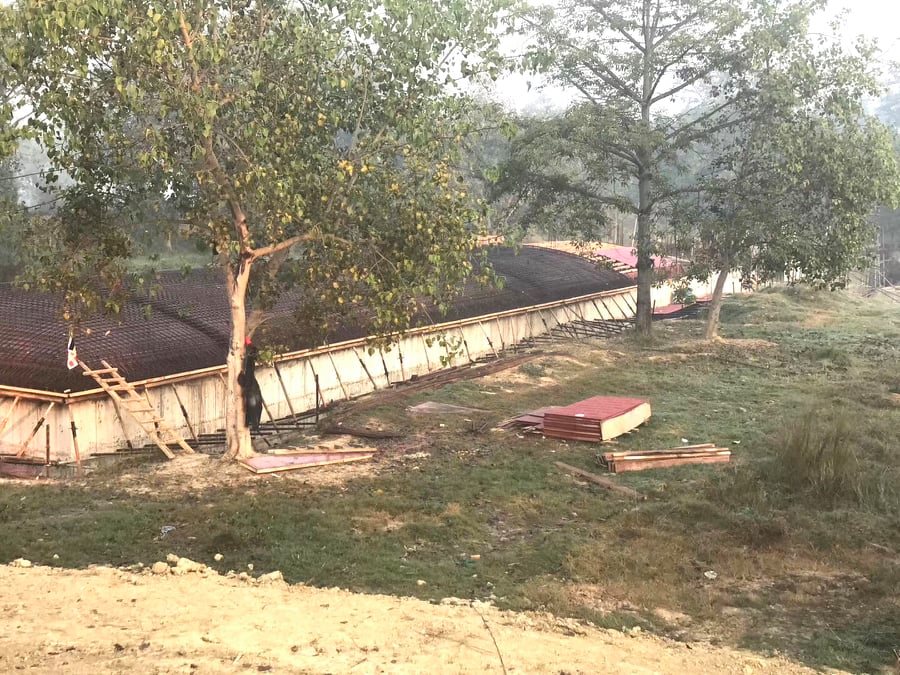 "This shall be an inspiring pilgrimage for people of every color, race and creed. It shall serve to inspire and guide individuals, communities and nations toward peaceful co-existence and reconciliation. Let conflicts be resolved here, let people take home peaceful solutions," said the Rinpoche.

The magnificent sanctuary will have a lotus outer design (symbolizing peace), a butter lamp (the five wisdoms), a stupa (the mind of enlightenment), and an offering mandala (accumulation of good karma). The Shrine Hall conveys the vast expanse and timeless purity of the Buddha's enlightenment. A golden statue of Maya Devi with newborn prince Siddhartha will be another stop point for visitors.

"This Universal Peace Sanctuary will be a pride of not just Nepal but the entire world. Imagine, we are having peace related conferences there everyday, imagine the world leaders coming to Lumbini before taking any major action, imagine Buddha's light comforting bigger populations on earth in the days to come. We all should join hands to make peace more fashionable, far more than conflicts, conflicts within ourselves and outside. The healing teaching of Buddha should free humans from the prison of negativity and confusions," the Rinpoche sums up.

Born in the foothills of Gorkha, the Rinpoche began his training as a Lama at the age of 4. He attended the Buddhist University of Sarnath in Varanasi, India, and later got associated with many self-realized Buddhist masters.

KATHMANDU, Mar 7: What comes to your mind when you hear about Lumbini? Certainly peace and serendipity as it is the... Read More...