When Rihan slept for a little longer, Ekta and Sanjeev would check his pulse to see if he had left the world. Whenever he vomited regularly and underwent excess pain, the parents silently prayed for his peaceful end. There was not a single day when Ekta and Sanjeev did not  fear that it could be their last day with their son, Rihan.

Born on June 26, 2018 at one of the most expensive health facilities in the country – Grande International Hospital, Dhapashi –  Rihan became a victim of a series of medical blunders and his mental growth came to a halt. Physically fragile, Rihan has fought for life so far and this battle has exhausted Ekta and Sanjeev. In the midst of constant thought of their child’s sudden death right before them, the couple find moments of happiness around the tiny life now.

Rihan showed some improvements in February of this year. His health is somewhat stable, and he even smiles at times. Ekta Ghimire and Sanjeev Neupane are not quite sure whether that is a gesture of appreciation or warmth, but their heart delights to see this progress. Today is Rihan's second birthday, and people across the world are going to celebrate his life. Thousands across the world connected to Rihan last year after his painful medical journey was widely covered by the media. 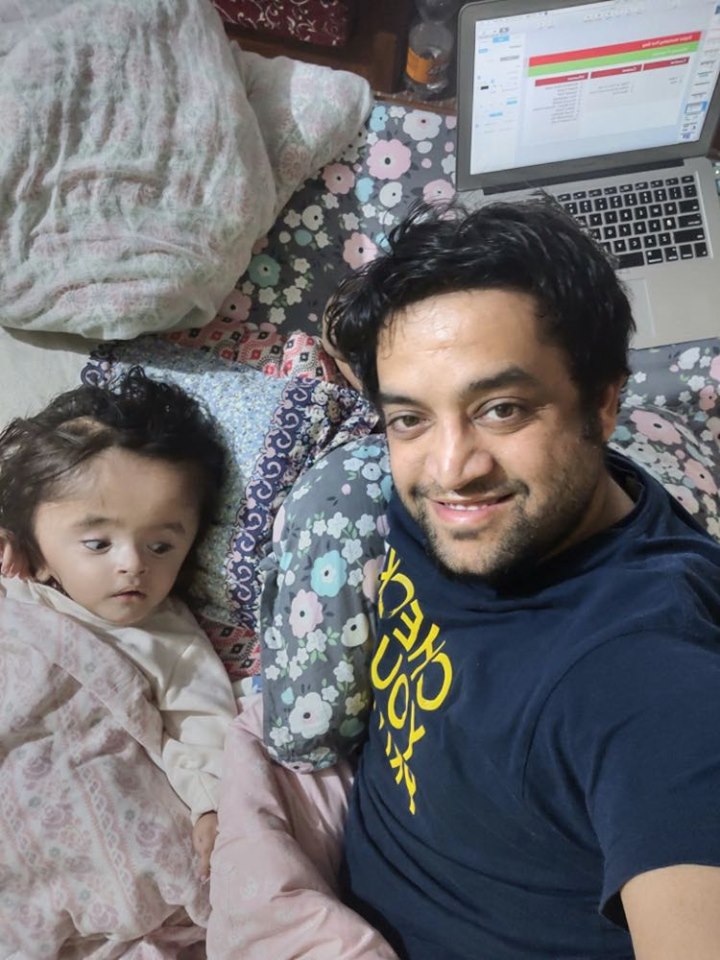 "We never imagined that this day would come. We had no hope at all," said the elated father. "For Ekta and me, stability in his health is a big joy and relief," he added.

The couple has consulted countless doctors, and they know the new happiness is not reliable. After five futile brain surgeries (to treat hydrocephalus that the boy developed later, and not by birth) and a dose of 66 ml (instead of 4ml) of paracetamol, among other messes the boy underwent in the hospital, he stopped responding to light and humans. He shows some sensation only if you touch him.

"We know this happiness could be brief, but it is precious! We want to do everything for him as parents. It has become a little easier to handle him, there's no fever or vomiting as before," said Ekta.

Fever and vomiting stopped. Wrinkles on his face have tightened and he has gained weight. Ekta and Sanjeev hold him carefully, press his belly and make him release stool. "We do it every two to three days. There's no other way. He cannot pressure and do it on his own," said Sanjeev.

Rihan doesn't sleep for more than two hours at once. Though his eyes are open whether he's sleeping or awake, the parents can figure it out and attend to him immediately. Ekta and Sanjeev take turns to attend to the baby and give him milk as soon he is ready. Rihan's only diet is a milk formula, which he takes in a very small quality at once. Rihan cannot recognize toys or digital gadgets. When music is played, he gives a slight response.

Sometimes Ekta and Sanjeev wonder what would happen if they had not chosen the hospital for delivery. What if they had not gone to the hospital after his birth and not let him stay in the ICU? As parents, did they make any mistake? What if the doctors had been more open and honest? Would they still feel this cheated and helpless? Questions continue to haunt them. However, at the end, Rihan's presence around them and his enormous battle against all odds give them deeper satisfaction. Without speaking a word, Rihan has taught them a lot. They feel an inner transformation; humility, love, acceptance are now more meaningful words for them, according to Sanjeev.

Sanjeev believes that Rihan has come for a purpose. All the pains he has been going through shall make a difference, he asserts.

The couple knocked on the door of Nepal Medical Council for justice. The council did a thorough investigation and charged the hospital for mishandling the case right from the time when Rihan was admitted to the Intensive Care Unit till the day he was discharged from the hospital. The biggest forgery was to hide the realities from Ekta and Sanjeev and keep them in the dark.

With the verdict given by the medical council, Sanjeev has filed a case against the hospital. Many lawyers rejected the case, citing 'fight against influential people' won't pay off. Some lawyers showed courage and the couple is hopeful that their son will get justice.

"Both for compensation and due action against the involved doctors and the management, we decided to fight a legal case. This is not just for Rihan, but for many children who should not meet his fate," said Sanjeev, adding that the court process will resume once the lockdown is over.

POKHARA, July 8: With the lockdown relaxed to some extent, people - mostly youths - have started to gather around... Read More...

KATHMANDU, July 7: Thousands of Nepali students will be impacted by the new guidelines issued by the federal immigration authorities... Read More...

IOM hands over multipurpose community centre at Changunarayan to municipality

KATHMANDU, July 7: The newly-constructed multipurpose community centre at Changunarayan Municipality in Bhaktapur district was handed over to the municipal... Read More...