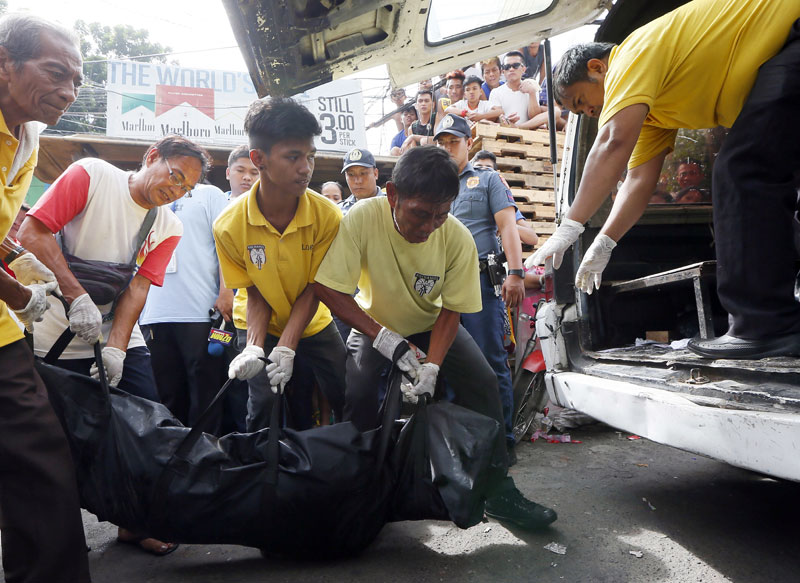 MANILA, Philippines, March 2: A human rights watchdog on Thursday accused the police in the Philippines of falsifying evidence to justify unlawful killings in the government's war on drugs that has caused more than 7,000 deaths, and pointed the finger at President Rodrigo Duterte as being ultimately responsible.

Human Rights Watch said in a report that Duterte and other senior officials instigated and incited the killings of drug suspects in a campaign that could amount to crimes against humanity.

The United Nations should create an independent investigation to determine responsibility and ensure accountability, the report said.

Presidential spokesman Ernesto Abella said the presidential palace will issue a statement later Thursday in response to the report.

The report said police have repeatedly carried out extrajudicial killings of drug suspects, then falsely claimed self-defense, and planted guns, spent bullets or drugs on the bodies.

"Our investigations into the Philippine drug war found that police routinely kill drug suspects in cold blood and then cover up their crime by planting drugs and guns at the scene," said Peter Bouckaert, emergencies director at Human Rights Watch and author of the report. "President Duterte's role in these killings makes him ultimately responsible for the deaths of thousands."

Human Rights Watch said masked gunmen taking part in killings appeared to be working closely with the police, casting doubt on government claims that vigilantes or rival gangs are behind majority of the killings. It said in several instances it investigated, suspects in police custody were later found dead and classified by police as "found bodies" or "deaths under investigation."

KATHMANDU, Feb 14: The Amnesty International, the International Commission of Jurists and Human Rights Watch have said on Tuesday that one-year... Read More...