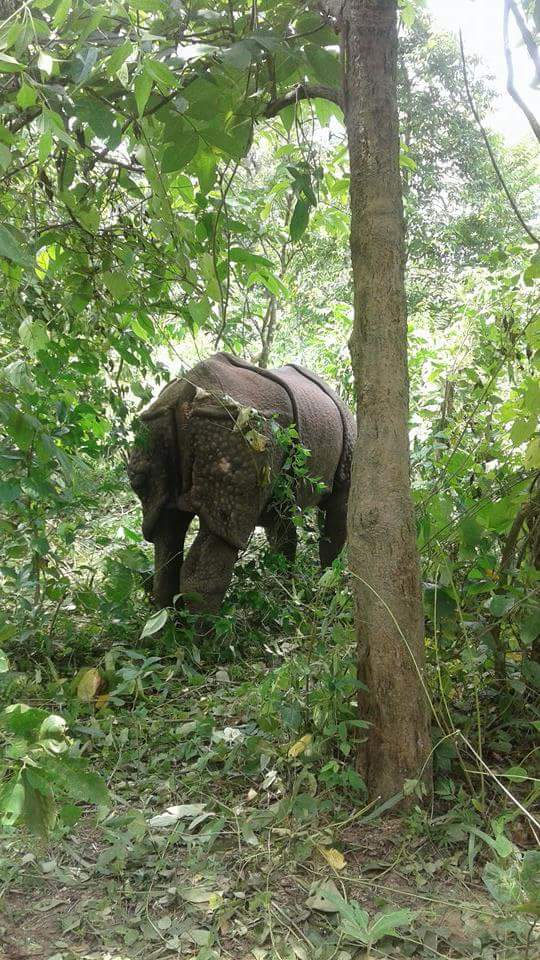 RAUTAHAT, Aug 20: A rhino has been found with eight bullet injuries in a jungle near Chure in the district on Saturday morning.

The injured rhino was found on the bank of the Chandhi rivulet in the Tileshwar Community Forest of Chandrapur Municipality-2, Gaindatar.

Locals, who had gone to collect mushroom in the jungle, had found the rhino and informed the police and forest guards about it.

According to a team of police and forest guards, who reached the incident site, the rhino has sustained eight bullets in its head and the legs, DSP of Area Police Office, Chandrapur Manoj Yadav told Republica Online.

Apparently, the poachers might have shot at the rhino for its horn.

According to Yadav, a medical team is leaving for the treatment of the injured rhino from Parsa Wildlife Reserve and Chitwan National Park.

NAWALPARASI, July 31: A female rhino was found dead at Amaltari of Kawasoti Municipality-17 of Nawalparasi district this morning. ... Read More...

CHITWAN, Jan 3: A female one-horned rhino, estimated to be 12 years old, was found dead at a maize field in... Read More...

Acharya announces his candidacy for NRNA presidency
15 hours ago

Dead body found at ward office in Golfutar
20 hours ago