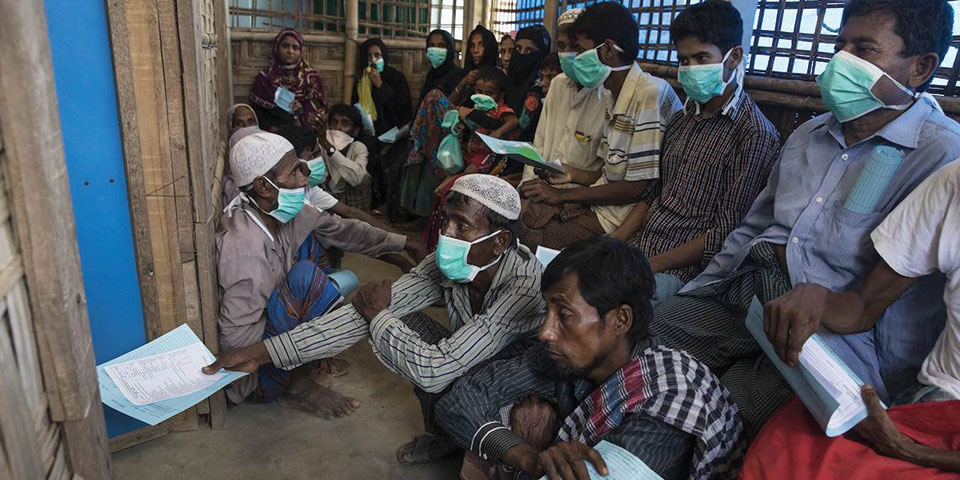 TB control in poor countries is highly vulnerable to fluctuations in attention from rich-country donors, on which low-income governments depend

PRAGUE – Once, tuberculosis was one of the world’s greatest preoccupations. Consumption, as it was known, killed indiscriminately, claiming luminaries like Franz Kafka, John Keats, and US President James Monroe. In the last two centuries, TB has claimed more lives than any other disease: an unprecedented and unsurpassed death toll of one billion.

Thanks to the advent of a vaccine and cheap drugs, TB kills very few people in the developed world nowadays. So it has quickly been forgotten in rich countries—thought of as a relic from the Victorian era.

TB not only gets scant attention, but also a fraction of health funding. Around 3.4 percent of total development assistance for health is devoted to TB, compared to 27.7 percent for maternal and child health and 29.7 percent for HIV in 2015.

Such complacency is dangerous. Despite a compelling economic and moral case for investing more in controlling the disease, it has quietly resumed its position as the world’s leading infectious killer, claiming more lives than either HIV or malaria. Data for 2016, the latest available, show that 6.3 million new cases of TB were reported (up from 6.1 million in 2015) and almost 1.7 million people died.

Researchers from the University of Sheffield and London School of Hygiene & Tropical Medicine (LSHTM) estimate that in 2014, approximately 1.7 billion individuals were latently infected with TB—just under one-quarter of the global population. Roughly 10 percent of latent cases turn into active TB. Nearly 100 million children already carry a latent TB infection.

Even if all TB transmission were somehow stopped tomorrow, the researchers find that the current pool of latent infections alone will prevent the number of TB cases from falling to the World Health Organization’s global targets for 2035. This strongly suggests that the ambitious vision of TB eradication by 2050 is unachievable.

In research for the Copenhagen Consensus Center, which I direct, Anna Vassall of LSHTM has made the case for greater investment in global TB control. “TB treatment is low cost and highly effective, and on average may give an individual in the middle of their productive life around 20 additional years of life,” she concludes. What’s more, investment in TB disproportionately helps the world’s poorest people.

TB control in poor countries is highly vulnerable to fluctuations in attention from rich-country donors, on which low-income governments depend for almost 90 percent of their response. While international funding reached $1.1 billion in 2017, this was recognized to be $1.5 billion short of what is needed to enact the Global Plan to End TB.

Treatment reduces the spread of dangerous and expensive multi-drug resistant TB, and the WHO recommends providing preventive treatment in high-risk populations. But while treating most TB cases costs just $21 per person for drugs, this does not account for the cost of improving detection of TB and other aspects of the health system. The disease can be difficult to diagnose, and many programs rely on sick people to report to hospitals. As a result, nearly one-third of active TB cases go unrecognized.

Globally, Vassall concludes that every dollar spent investing in TB control would generate benefits to society worth around $43. Those are outstanding returns, and a panel of Nobel laureates that studied the United Nations’ new Global Goals determined that controlling TB is one of 19 phenomenal development investments that should be given high priority globally.

In high-prevalence countries, there can be no argument that governments and donors need to focus more on TB. A panel of development and economic experts that examined policy options for Bangladesh last year found that TB control should be the highest national priority.

In Bangladesh, one in 11 deaths is caused by TB. Every hour, nine people die from a disease that we know how to treat effectively and cheaply. Almost half of the cases are never detected. Investment in TB is not only important from a health perspective, but also for poverty reduction, because loss of income forces those with TB further into destitution.

A 95 percent reduction in TB deaths and a 90 percent reduction in new cases in 20 years’ time is achievable in Bangladesh for about $300 million a year. This would give each patient another 25 years of life, on average. Treating one person prevents at least one new case from developing, and every dollar spent on TB returns $21 in benefits to society.

These research findings were part of the reason the Bangladeshi government increased its health investments in its 2017-18 budget. But Bangladesh is just one of 20 high-prevalence countries that, together, account for 83 percent of the global total.

Unlike diseases like Ebola or Zika, TB seldom makes headlines. It should. Given all that we know about how to prevent and treat TB, and a powerful economic case for investing in eradication efforts, there is no excuse for the heavy toll that it continues to take.

The return of beautiful

Actor Najir Husen has made a comeback in theater after a three-year-long gap. The last time he performed was in... Read More...

Stokes back axed Jennings to return to form

LONDON, August 11: Ben Stokes has backed Keaton Jennings to return to form after the opening batsman was dropped from... Read More...

Singer Liam Payne has given One Direction (1D) fans hope by telling them that the English-Irish pop boy band will... Read More...

1.6 million doses of COVID vaccine to be administered to people above 55 years
12 hours ago

1.6 million doses of COVID vaccine to be administered to people above 55 years
12 hours ago
Supreme Court denies issuing interim order as demanded by the Thakur-led faction to halt EC’s recognition process
14 hours ago