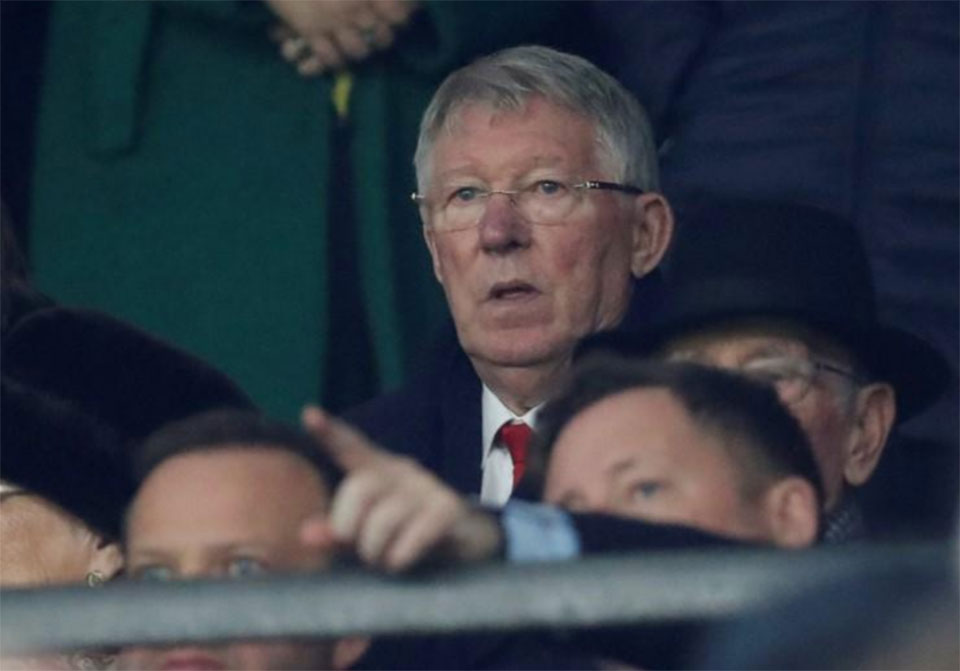 LONDON, Jan 12: Alex Ferguson’s return to Manchester United’s training ground has been massive for his old club, according to the man tipped to take over at Old Trafford next season.

Tottenham Hotspur manager Mauricio Pochettino, whose side host United interim boss Ole Gunnar Solskjaer’s resurgent team at Wembley on Sunday, is a huge admirer of Ferguson — a man the Argentine describes as an encyclopedia of football.

Ferguson reportedly gave a rousing speech to United’s first-team squad after being invited back by Solskjaer recently — his first appearance at the training ground since emergency surgery for a bleed on the brain last May.

“I think it’s fantastic news because he is football,” Pochettino told reporters at his news conference on Friday.

“I think to be involved again, I think for him and for Manchester sure it’s a massive important thing.

“He’s one of the people I admired the most. An inspiration.”

The Scot, now 77, retired as United manager in May 2013 after winning 38 trophies during 26 years in charge.

Ferguson’s re-appearance at the Carrington training ground has added to the feel-good factor sweeping the club in the wake of Jose Mourinho’s sacking last month — a move that instantly put Pochettino’s future at Tottenham in the spotlight.

Former United and Norway striker Solskjaer has won all five of his matches in charge and Pochettino said the Ferguson effect cannot be dismissed ahead of Sunday’s Premier League clash.

“I think all the fans of Manchester United, and of course for the players and for the staff, to have a person (like him) involved is a massive impact,” he said.

“And I think he was the best manager in the world, in the history of football. To have the possibility to see him every day is massive. It’s like having the big book of Larousse (an encyclopedia), like a dictionary.

“I remember it was a treasure for me when my dad and mum gave a present to me at Christmas. It was a book where you find everything. He (Ferguson) is an encyclopaedia of football.”

Pochettino said he was present on one of the greatest nights in Ferguson’s 27 glittering years as United boss — the 1999 Champions League final at Barcelona’s Nou Camp when substitute Solskjaer scored a stoppage-time winner against Bayern Munich.

“I don’t know how we found the tickets,” said Pochettino, who was then playing for Espanyol. “We were in a very bad place and started to walk, we crossed and jumped, up, up and up, and we arrived at the President’s (box) and found two seats.

“When Solskjaer scored, we were shouting, celebrating, I don’t know why. Because in that moment we were neutral. But the atmosphere was amazing.”

With Tottenham third in the league 10 points clear of sixth-plaed United and in the title race, the days when Ferguson coule tell his players “It’s only Spurs” when the sides met are over.

Much of the credit for that goes to Pochettino who has steered Spurs to fifth, third, second and third place finishes in his four seasons in charge.

Which is why Tottenham’s notoriously tough chairman Daniel Levy might need to be at his most obdurate to deter any approach fort eh Argentine from United’s hierarchy. Perversely, should Tottenham win on Sunday it would make Levy’s task harder.