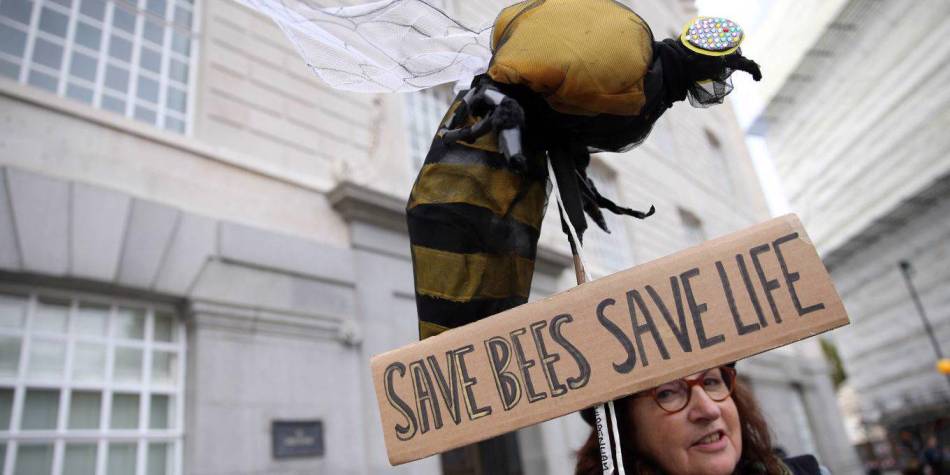 Humanity’s relationship with nature will inevitably change in the coming years, and economic policymakers must influence how it changes. Ignorance is no defense.

CAMBRIDGE – “This land is your land,” sang the American folk singer Woody Guthrie, listing the redwood forests, wheat fields, and golden valleys of the United States. Guthrie was making a moral claim that everyone should be able to share in the riches of the land. But his song also highlights the economic truth that the use of natural resources affects everyone. In particular, if we deplete or irreversibly degrade them, the economic consequences affect all of us and future generations.

Human economic activity makes extensive use of the ecosystem services nature provides. Classical economists such as Adam Smith and David Ricardo, who wrote at a time when agriculture accounted for a much greater share of the economy than it does today, were well aware that human activity occurred within the natural world and relied on nature’s bounty. They always included land in their analyses. But modern economics has largely excluded nature from definitions and measurements of the economy.

Today, of course, the risks posed by climate change are attracting more attention, including from investors. But many other aspects of nature’s role in economic activity have been overlooked until now.

For example, the money farmers earn from selling their crops counts toward GDP, but there is no accounting for the services of the bees that pollinate the crops, or for the quality of the soil—that is, until the bees die or the soil loses its fertility, causing yields to fall. Nor do conventional economic statistics incorporate the services provided by clean air, or the negative impact of pollution. But the link between COVID-19 mortality and respiratory disease has made the latter cost clear, even seen through the very narrow lens of reduced human capital and future earnings.

A recent landmark independent review of the economics of biodiversity, commissioned by the UK Treasury and carried out by my Cambridge colleague Partha Dasgupta, makes a powerful case for restoring nature to economic analysis. Dasgupta argues that we should regard a country’s natural assets as no less a part of its productive capital than assets like broadband, bridges, or the skills base.

The job of economic policymakers should thus be to manage a country’s entire portfolio of assets in order to deliver a positive return for society. This means taking into account the depreciation of individual assets, including important species and ecosystems, and the complementarities between them.

Under such a framework, a government taking a long-term portfolio approach might decide not to build flood defenses from costly, energy-intensive, and unsightly concrete, and instead make a lower-cost investment in tree planting upstream and wetland preservation downstream. Likewise, farmers are well aware of the loss of biodiversity and the depletion of bee populations, but perhaps less aware of the negative consequences such as poorer soil quality and less productive crops, which result in greater dependence on chemical fertilizers and more dead bees, in an accelerating downward spiral. The encroachment of human activity on wilder natural areas is also contributing to the spread of zoonotic diseases like Ebola and COVID-19, at huge cost to societies, economies, and governments.

There is some hope that economic analysis and policy will rediscover nature before the damage to the services we get from it—and thus to everybody’s standard of living—becomes irreparable. Now that investors have understood the risks that climate change poses to their returns, they will find it easier to see the importance of biodiversity or clean oceans and air as well. Significantly, it was the UK’s hardheaded treasury, and not the cuddly Department for Environment, Food & Rural Affairs, that commissioned the Dasgupta Review. But compiling the statistics needed to capture nature’s services to the economy will be crucial.

This is a work in progress. The United Nations has defined standards for the measurement of natural capital. And the ongoing process of revising the definitions used to measure GDP and other economic statistics is an opportunity to bring ecosystem services inside the so-called “production boundary” that separates what is counted as the economy from everything else.

The pandemic is driving home many lessons, including the old but important one that money is a poor measure of value. “Essential workers” from hospital porters to delivery drivers are often among the lowest paid. Anyone currently supervising school lessons at home or doing extra cooking during lockdowns will have a fresh appreciation of the value of unpaid work in the home. And the value people place on access to a public park has jumped since March 2020. Similarly, because much of the value we get from nature currently is not measured, much less paid for, economists ignore it.

That is no longer sustainable (an often-used word with profound implications, because what is not sustainable can never be sustained). Humanity’s relationship with nature will inevitably change in the coming years, and economic policymakers must influence how it changes. Ignorance is no defense.

There is a small world operating behind the scenes to keep the eco-system going and it goes unnoticed by the... Read More...