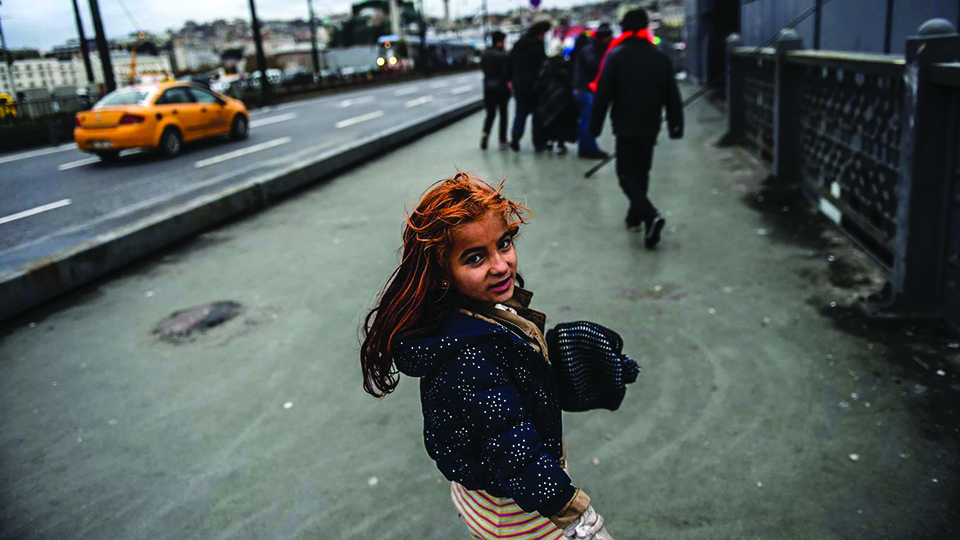 African Union and EU must address the challenges raised by migration together, in ​particular the need to crack down on criminal gangs that ruthlessly exploit vulnerable people

BRUSSELS – Since the European Union’s migration crisis peaked in 2015, the number of illegal migrants arriving in the EU has fallen by 95 percent. Migration challenges remain, and reform of the EU’s methods for managing immigration is desperately needed, as the recent scandalous treatment of the Aquarius rescue vessel, which Italy and Malta turned away, made all too clear. But the timing of the immigration talks held by European leaders in Brussels last month was more a reflection of domestic political crises than a response to a spike in new arrivals.

Yes, Europe’s current asylum policies, which put the burden almost entirely on the countries that receive the most migrants, have failed. But right-wing populists have stoked fears and misconceptions about the number of people arriving in Europe—and about the effects of migration on our societies—to such an extent that their tactics are fueling political cleavages across the continent.

In response to domestic concerns over migration in Germany and Italy, EU government leaders agreed at their summit to explore the idea of “regional disembarkation platforms” in North Africa, under the auspices of the United Nations Refugee Agency (UNHCR) and the International Organization for Migration. Such platforms, if organized in accordance with human rights standards, could allow rapid processing to distinguish between economic migrants and those in need of international protection, while reducing the incentive to embark on perilous journeys in the hands of human traffickers.

These proposals will require rigorous scrutiny. But regional disembarkation platforms, if implemented with full respect for human rights and combined with a revision of the so-called Dublin Regulation (according to which asylum-seekers must file their applications in the first EU country they reach) and burden-sharing among EU countries, could contribute to common management of migration. But the EU should also consider allowing applications for asylum and humanitarian visas directly at EU embassies in third countries, to weaken further the incentive to pay traffickers. This surely must be one of the EU’s objectives.

Building on the aims agreed by EU leaders, it is imperative that EU governments now conclude their work on the five legislative bills – on reception conditions, asylum qualifications, resettlement, the European Asylum Support Office, and Eurodac (the fingerprint database for asylum seekers)—already agreed with the European Parliament. National governments must also adopt positions on the Dublin Regulation so that negotiations with the European Parliament can finally start. The Parliament, building on the work of its rapporteur, Cecilia Wikström, and a strong majority of five political groups, has been ready to advance this work for more than a year and wants to see the Common European Asylum System completed before the European elections next May.

The Brussels summit was right to highlight the need for a deeper partnership with Africa, which entails stimulating private investment, promoting good governance, and increasing development aid. Migration between the two continents has been and will continue to be a prominent feature of the human story. The African Union and the EU must address the challenges raised by migration together, in particular the need to crack down on the criminal gangs that ruthlessly exploit desperate and vulnerable people.

Nationalist forces within individual EU member states have used migration in Europe for their own partisan purposes. With migrant numbers sharply down, the current political crisis is obviously symptomatic of a broader existential battle between empathetic liberalism and populist illiberalism.

The danger now is that, in order to resolve domestic partisan political disputes, such as between Germany’s Christian Democratic Union and the CDU’s Bavaria-based sister party, the Christian Social Union, EU governments have opened the door to a retreat to bilateral agreements to solve intra-EU migration issues. This is both regrettable and dangerous, as it could lead to further bartering between individual countries over who is responsible for asylum seekers.

Europe must continue to seek a collective response—a humane, coherent European asylum and migration system, which respects international law and our European values—before thousands more people lose their lives. With the United States having disgraced itself under President Donald Trump—recently separating more than 2,000 migrant children from their parents, and now detaining migrant families indefinitely—Europe must show that a fair humanitarian approach is possible.

But to do that, Europe must evolve institutionally, so that it can respond more quickly and effectively to common challenges. Whether that means establishing regional disembarkation platforms or some other mechanism remains to be seen. But Europe should have learned from its lackluster response to the financial crisis that postponing essential but painful reforms only leads to more dramatic and complex political crises down the road. Maybe this time, with a political crisis over migration erupting three years after migration inflows peaked, that lesson will finally be recognized.

Planting Peepal trees in hills for Chautara to provide shade for travelers, building tiny ponds close to temples were some... Read More...

Study: Vaccinated people can carry as much virus as others
17 hours ago

A traitor like Madhav Nepal has no space in the party: UML Chairman Oli
6 hours ago