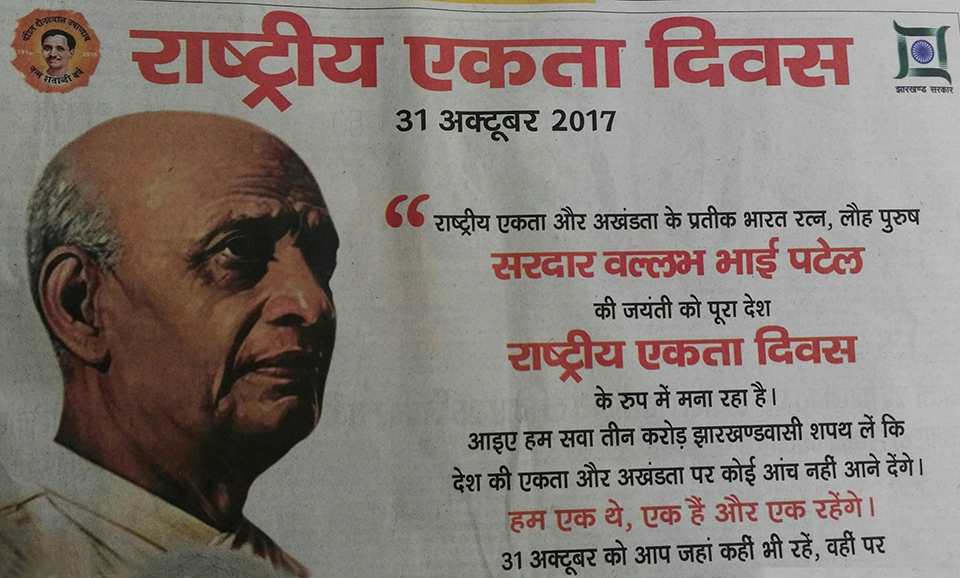 Perhaps India is awaiting the first real revolution of 21st century and the fascistic regime of religious fanatics is only preparing the ground for inevitable resistance by the masses?

For a philosopher and poet considered to have conceptualized a Muslim homeland and popularized the idea of Pakistan, it seems somewhat strange that Allama Iqbal is regarded so highly in post-partition India. Before independence, Mahatma Gandhi used to say that remembering a few lines of Tarana-e-Hind gave him solace when he was in prison. Among many other things, Jawaharlal Nehru borrowed the idea of Himalayas as the sentinel of India from the Tarana. The song may not be the official national anthem, but it certainly is revered as much in the Hindi heartland.

In a line of the popular lyric, Iqbal asserts that there is certain ‘something’ that doesn’t let the existence of the ‘Hind’ disappear; in his almost mystic Hindustani: Kuchh baat hai ki hasti, mitati nahi hamari. From Manmohan Singh to Narendra Modi and from Lalu Prasad Yadav to Mamata Banerjee, almost every politician harboring illusions of greatness has recited the rhetoric at one time or another. What exactly is that ‘baat’ that has protected the Indian civilization for millennia from being wiped out despite relentless assaults from outside? Few seem to ponder over this question anymore as the country of the Mahatma rushes headlong in pursuit of prosperity.

Expansion of the rural roads is the justly celebrated success story of Nitish Kumar government in Bihar. With almost every village connected with at least a single-lane metalled road, it’s possible to take easy detours whenever there is a traffic holdup on the main highway. The most distinctive features of these roads are temples and mosques that appear to be as ubiquitous as makeshift shops hawking perishable consumables packaged in plastic pouches. Temples and tea-stalls are sites of political conversations rather than front-yards of village chiefs, which used to be the case in the past.

Before 1990s, when road network in Nepal was small but well-maintained, relatives from Bihar used to tell their Madhesi visitors somewhat enviously that flies slipped off surfaces of roads in Birgunj and Janakpur while even highways of Patna were poke-marked with potholes. The condition has reversed: Bihar is now in a flyover building-spree while bridges of national highways groan under their own dead weight in utter neglect in Madhes.

However, the hold of superstition is still so strong that a cat crossing the street can stop the movement of container trucks for several hours until a brash youngster in his brand new SUV overtakes everybody to break abruptly when faced with a bovine—the Holy Cow!
Tollways appear meaningless when the ‘Go Maata’ has the right-of-way and nobody dare touch roadside shrines with the crowd of Mahayagna’s devotees spilling into the streets.

In late-October, one of the three most important bridges over mighty Ganga was closed for more than a week because Sadhus were to take holy dip on Akshaya Navami. It necessitated nearly 250-km detour through Bhagalpur Bridge but everyone meekly complied without complaining. Apart from primacy of religion, acquiescence of Authority—in uppercase even when it makes little sense—is the second most important feature of everyday life in these parts. Motorists meekly pay extra-legal Rangadari Tax that local hoodlums collect by barricading highways. Chits that they distribute sanction the loot.

It has been said that whatever one could say about India, its opposite was equally true. Formally a secular country, the state itself has politicized religion to such an extent that it’s impossible to separate the two. The presiding Mahanth of Gorakhnath sect is the Chief Minister of an Indian province larger than the United Kingdom and as populous as Brazil. The Yogi, as the Chief Minister continues to call himself, recently had his secretariat as well as official residence painted in saffron, which is the color of Hindutva—a militant version of the Sanatan Dharma.

Religion is the largest ‘industry’ of India, with higher turnover than almost any other economic activity. It employs more people and supports more ancillary products and services than any business. Even division of labor and management of systems are extremely organized. From the sweeper of temple premises to the flower vendor and sellers of sacred offerings to the priests of the shrine, everyone works with the realization that their livelihood is dependent upon the credulity of devotees. The teamwork in place to sustain the illusion of divinity is so strong that it successfully withstood the Mughals and the British and has comfortably weathered the socialist challenge of independent India for almost seventy years.

Karl Marx was no fan of religious practices, but he was practical enough to proclaim that religion was the “sigh of the oppressed creature, the heart of a heartless world, and the soul of soulless conditions” before declaring that it was the opium of the people. Faith in eternity; belief in cycle of birth, death and rebirth; and acceptance of one’s lot in this life has perhaps kept the wheel of time turning endlessly on its axis. The modernist project to model the system of Hindu faiths according to monotheistic religions may irreparably erode its acceptability in an extremely diverse country.

Apart from being the biggest industry, religion has always been an integral part of politics in India. The division of labor in the caste hierarchy is politics in its highest as well as lowest form. Brahmins exercise unlimited authority with neither accountability nor authority. The Kshetriyas—an open caste of rulers where any victorious warrior could easily be accommodated by suitably compensated priests and preceptors—are always at the risk of losing their privileges to more audacious usurpers. The Vaishyas attempt to make best of a bad deal through a combination of guile and gullibility as they work hard to sustain the system. The Bahujan—commoners of Janjatis, Dalits, non-Hindus and the so-called extremely backward castes—grunt or growl under a load of cultural inequality with little or no opportunity to have their grievances addressed.

Gandhi tried to correct the anomaly through gradual reforms. As he famously observed, “Truth has drawn me into the field of politics, and I can say without the slightest hesitation, and yet in all humility, that those who say that religion has nothing to do with politics do not know what religion means.” Unfortunately, those that don’t know what religion means are at the helms of Indian politics and are defining it in religious terms.

In the oft-quoted phrase of economist and diplomat John Kenneth Galbraith, India was a “functioning anarchy” where everything ultimately worked out due to religious syncretism, a sense of duty to obey authority due to fatalism, and an absence of trust in the government. Perhaps these attributes were enough to protect the hasti (existence) Hind that Iqbal celebrated, but aren’t enough to provide it with haisiyat (status) that Indians of certain castes and class so desperately seek as they are driven around from air-conditioned palatial houses to climate-controlled posh offices in their latest SUVs over flyovers that help them avert their eyes from the squalor of squatters below.

With the exception of Britain, India is the only major country in the world that never had a revolution worth the name after Buddha and Shankaracharya. The Sepoy Mutiny in 1857 was a failed uprising. An independence movement, and not a rebellion, helped the country in 1947 gain freedom. The JP Movement for Total Revolution in 1977 was stillborn.

Perhaps India is awaiting the first real revolution of the Twenty-First century and the fascistic regime of religious fanatics is merely preparing the ground for inevitable resistance by the masses? That’s still just a question though. Just before his death, the inscrutable Marxist historian Eric Hobsbawm darkly predicted, “The world of the third millennium will most certainly continue to be one of violent politics and violent political changes. The only thing uncertain about them is where they will lead.” When historians risk being forecasters, it makes sense to take them seriously.

The storm may quietly be brewing underneath the apparent calm of the Indian heartland. It’s not difficult to come to that conclusion after traveling just for a week through the road network of Bihar, Jharkhand and West Bengal with open eyes and attentive ears. Amartya Sen argues that Indians are argumentative. That may be true, but most of them are certainly loquacious and are willing to tell long tales at the slightest provocation. That could be the reason every visit to India turns out to be the first one: Somewhat like touching the water of a river which philosophers hold; one can’t do it twice.

Spa for the stressed

Mandala Studio Yoga and Spa in Thamel is one that initially began off as a yoga studio but later branched... Read More...

KATHMANDU, Dec 2: With an objective to timely inform the public about looming flood risks in flood-risk zones, the Ministry of... Read More...