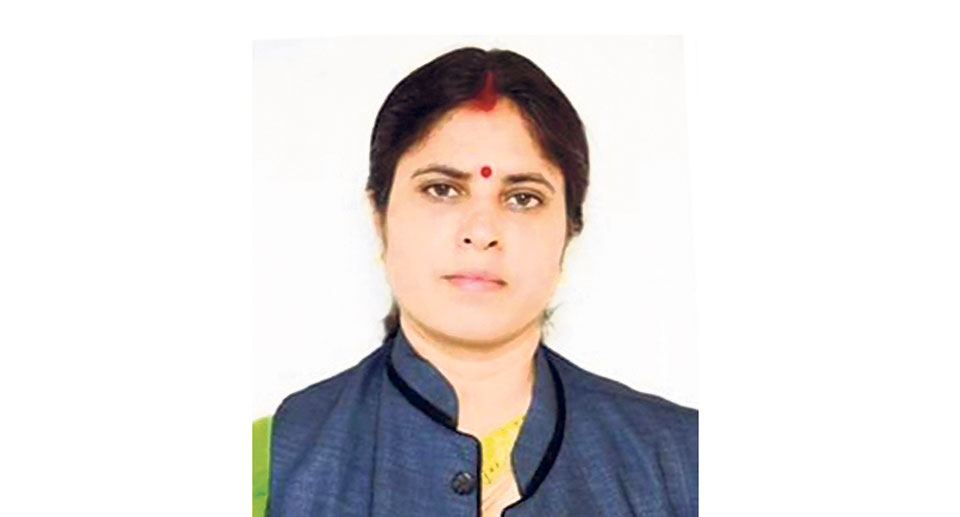 LAHAN, Jan 29: At a time when rumors are rife about a possible change of government in Province 2 amid growing bond between the ruling Nepal Communist Party (NCP) and the Rastriya Janata Party Nepal (RJPN), a state minister belonging to the RJPN in Province 2 government resigned her post on Tuesday.

State Minister for Physical Infrastructure Dimple Jha, who is the spouse of RJPN presidium member Anil Jha, resigned alleging that it had been increasingly difficult for her to protect the status and dignity of her office.

In her resignation letter, she has also expressed dissatisfaction with the working style of Province 2 government.

Jha was elected as member of Province 2 under proportional representation electoral system. She had been expressing dissatisfaction with the government after Rs 870 million of users’ group was put on hold for a long time.

Users’ groups have alleged that their payment was put on hold as they refused to pay ‘cuts’ to the ministers and officials of Province 2 government. The provincial government and provincial assembly have argued that it would be difficult for them to release the amount in violation of the rules.

Upendra Yadav-led Samajbadi Party and RJPN have jointly formed a coalition government in Province 2. The resignation of state minister Jha comes shortly after a senior RJPN leader Mahendra Raya in the federal parliament Tuesday hinted that their party could join the government-led by Nepal Communist Party (NCP) if their key demands were met.

Raya said that his party is ready to become a coalition partner yet again if the demands including amendment to the constitution are met as per the commitment made by the government in the past.

“If the government withdraws criminal cases brought against the leaders and cadres of the Madhes-based political parties including lawmaker Resham Chaudhary, we are ready to join the government,” he said.

The NCP and RJPN can form a government in Province 2 as the two parties have the required majority of lawmakers in the provincial assembly.