Republic should be established as people's lifestyle: CM Pokharel 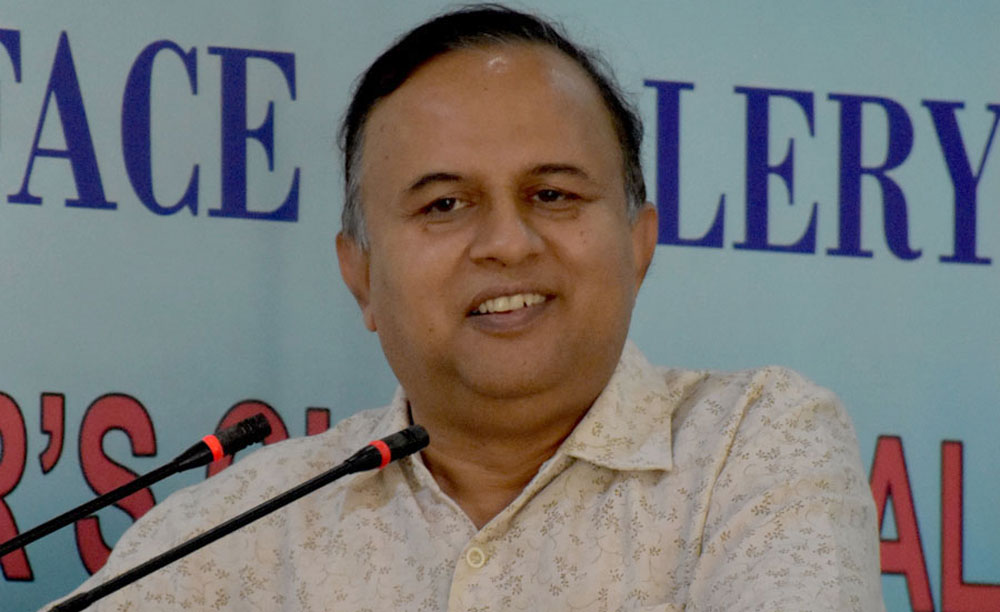 Butwal, May 29: State 5 Chief Minister Shanker Pokharel has argued that the Republic Day should not be celebrated only as a governance system but be institutionalized as a lifestyle of Nepali people.

Addressing an event organized by the state government here today on the Republic Day, CM Pokharel underscored the need to eradicate poverty, illiteracy, backwardness disparity and inequalities prevailing our society.

Arguing that unless Republic Day was embraced as a lifestyle, there could not be prosperity in nation and happiness in the lives of people, he said Nepal’s constitution was very generous about political changes.

The CM viewed that those trying to establish themselves in politics through violence would be admonished by the public. He said, "The tendency to use violence as a political weapon could not be acknowledged as political one. It would only be a medium to create a terror to extort money from public.”

Stating that Nepal was entering into the path of high economic growth rate, CM Pokharel underlined the need to kindle hope among one and all to usher the country in the path of prosperity.

Present at the programme were State Chief, Umakanta Jha, ministers, and high ranking officials of the government. The event was marked by various cultural pageants too.