Republic, if we can keep it! 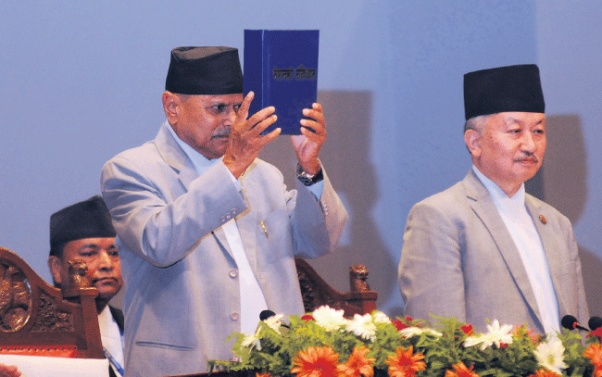 Today marks the third anniversary of promulgation of the federal democratic republic constitution of Nepal. We have come a long way in the last three years. The birth of the constitution against troubling circumstances of the time and the progress we have thereafter are impressive. Constitution making was one the most arduous political tasks Nepal underwent in its history. It was the product of the will of the people reflected in the first and second Constituent Assemblies. The very Assembly that had been formed to draft the supreme law of the land had first failed on its duty and dissolved in 2012, raising prospects of uncertainty. This fear was allayed when the country elected the second Constituent Assembly in 2013. Though it was hoped that the second CA would be able to draft the national charter without hitches, it almost seemed like this too would face the fate of CA I. But political leadership came together and stood firmly in favor of constitution making. Around July and August of 2015, protests broke out in different parts of the country and each protesting party had disparate lists of demands to be accommodated in the constitution. The southern plains witnessed violent protests and, to make the matters worse, our southern neighbor visibly exerted undue pressure on our leaders to defer the process. There was fear and uncertainty and a lingering doubt among people as to whether Nepali leaders would be able to stand firm against adversities. But they stood firm, defended national interests, defied all external pressures and brought out the constitution that has been guiding our polity since then. When the constitution was endorsed by nearly 90 percent of Constituent Assembly members, Nepal decided to chart its own destiny. On the third anniversary of that momentous day, it is worthwhile to recall those tumultuous times.

In the last three years, a lot has been discussed around strengths and weaknesses of the constitution. Constitution of any country is far from being flawless and Nepal’s constitution is no exception—which is why it was first amended in January 2016 to address the issues of constituency delineation and proportional inclusive representation. Despite flaws in matters of clarity and contention on some agendas, our constitution has been hailed as a progressive and forward-looking document not only by the framers of the constitution but, notably, also by the experts from the country which had at a time displayed overt displeasure over it. It was heartening to see the experts of India, Bangladesh, China and many other countries praising Nepal’s constitution in the International Conference of Constitution of Nepal 2015 hosted in Kathmandu in August this year. A number of misinformation and lies spread about this constitution have now been cleared. This by itself is an achievement. A major achievement of this constitution has been election of local levels, provincial and federal assemblies and formation of the governments in three tiers. Nepal successfully held three tiers of elections in 2016 and now we have 753 local governments, seven provincial governments and a federal government—all in a functional state. This would not have been possible if the constitution had not been promulgated.  Likewise, a number of laws have been enacted to implement the constitution.  Federal system has gone into full implementation.

But we have also witnessed some troubling signs in political sphere. First, our law making process in the new federal parliament has not been systematic and transparent. Some of the laws drafted under the new constitution have become controversial. The new civil codes and proposed privacy bill, for example, have raised serious questions on press freedom. Even the laws related to fundamental rights were passed in haste without adequate deliberations in the parliament and in public spheres. This shows that the lawmakers chosen under the constitution have not been serious about their duties. Second, the general public who were quite excited about the hope the constitution generated in 2015 are disillusioned. The forces who vehemently opposed the constitution have accepted it and have come under the constitutional framework. They lead the governments in a province and some of them are in federal government as well. This has added to the political legitimacy of the constitution. It is a positive development. But at people’s level of hopes and expectations are waning and increasingly they are coming to believe the current political leadership won’t be able to deliver as per the spirit of the constitution. This does not bode well for the future of the constitution for which the country struggled so hard and for so long.

The actors in the government and top political posts have displayed arrogance and at times total disregard to public concerns. In the last three years since the constitution came into effect, the focus and attention of the ruling actors have been on increasing their perks and allowances and securing amenities at the cost of tax payers’ money. They have distanced themselves from people, giving the impression that the new rulers are no different from past rulers and kings. They have failed to bring the policies and programs to support ‘socialism-oriented’ vision of the constitution. This perception will be detrimental to the longevity of the constitution itself and the future it has envisioned for the country. The government of K P Sharma Oli, the first government elected in accordance with the new constitution, has not been able to ensure good governance, rule of law and development. Leaders in the state institutions should lead by example of federal democratic spirit and revive people’s hope in the new system. A constitution, however perfect, does not become effective unless the actors who are chosen to implement it act with wisdom and patience. On the third anniversary of Nepal’s historic day it must be reminded that if the current government fails to deliver as per the public aspirations and the spirit of the constitution, question might be raised not only about them but also about the new system the constitution has envisioned.

BHADRAPUR, Sept 19 : Leaders of the Limbuwan movement who are not happy with the new constitution, asserted that their... Read More...