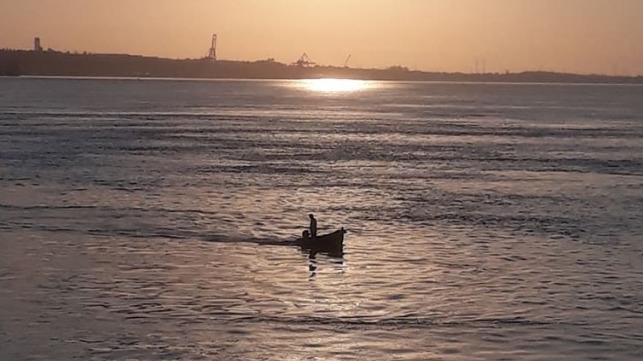 FLORIDA, Aug 2: 2017 set a number of climate records including the highest sea levels, according to the American Meteorological Society's newly-released 2017 State of the Climate report.

Global mean sea level in 2017 was the highest annual average in the satellite altimetry era (since 1993), measuring 77mm (three inches) above the 1993 average. Levels have risen year to year for six consecutive years and in 22 of the last 24 years. Regional variations were evident, with differences attributed to changes climatic conditions such as trade wind strength.

While the global average sea surface temperature in 2017 was slightly below the 2016 value, the long-term trend remained upward, with the last three years seeing the three highest annual average temperatures on record. Variations existed among ocean regions. Compared to 2016, the sea surface in 2017 was mostly cooler in the tropical and subtropical oceans, while warming took place in the mid latitudes

The year also including the highest global temperature for a non-El Niño year, lowest Arctic sea ice extent and highest greenhouse gas (carbon dioxide, methane and nitrous oxide) concentrations. Additionally, the year saw a wide swing of precipitation extremes, with some areas experiencing extended droughts and others notable  precipitation, for example during Severe Tropical Cyclone Debbie in Australia and New Zealand and Hurricane Harvey in the U.S.

The annual global average carbon dioxide concentration at Earth’s surface for 2017 was 405.0 ± 0.1 ppm. This was 2.2 ppm greater than 2016 and was the highest in the modern atmospheric measurement record and in ice core records dating back as far as 800,000 years. The global growth rate of carbon dioxide has nearly quadrupled since the early 1960s.

The rise in globally averaged levels of methane from 2016 to 2017 was 6.9 ± 0.9 ppb, and the mean global atmospheric nitrous oxide levels rose 0.9 ppb from 2016 to 2017. Both increases were comparable to the average yearly growth rate of each gas over the last 10 years.

In the Arctic, average air temperatures in land areas above 60°N continued to increase in 2017, warming at a pace that was twice the rate of the rest of the world. The annual mean surface air temperature was the second highest since 1900, trailing only 2016.

Sea ice extent continued to see low levels. On March 7, the 2017 maximum extent of Arctic sea ice measured by satellite was eight percent below the 1981–2010 mean, making it the record-lowest maximum extent in the 38-year period of record. The September 2017 sea ice minimum was the eighth lowest on record, 25 percent smaller than the long-term average. 10 of the lowest sea ice extent minima on record have occurred in the last 11 years.

500 scientists from around the world contributed to the report which was overseen by the National Oceanic and Atmospheric Administration.

Radiation levels inside a stricken reactor at Japan’s Fukushima nuclear plant have hit a record high capable of shutting down... Read More...

KATHMANDU, March 2: A two-member team of Reserve Bank of India (RBI) has held discussions with the officials of Nepal Rastra... Read More...