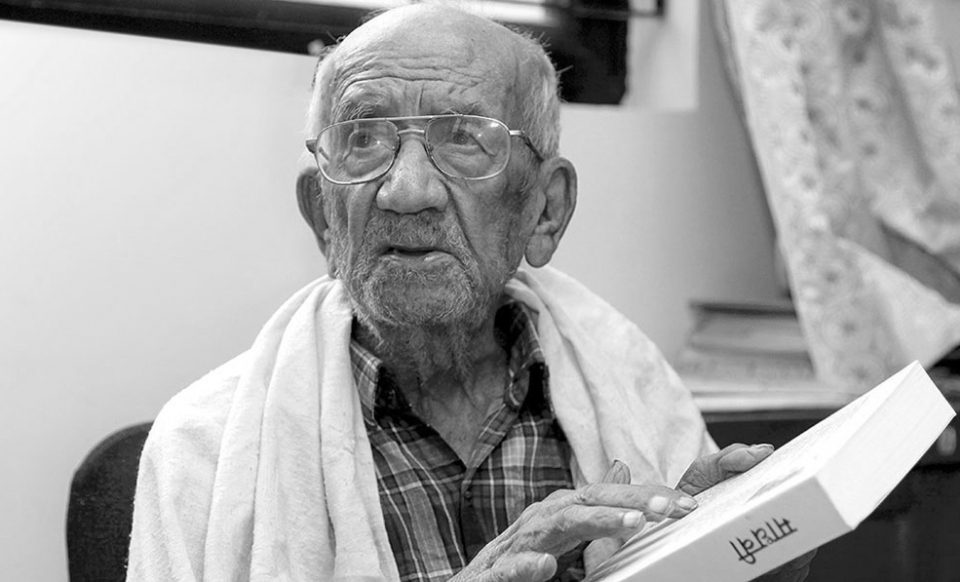 KATHMANDU, Aug 16: Renowned litterateur Madan Mani Dixit passed away early morning Thursday at Himal Hospital at Gyaneshwar in Kathmandu. He was rushed to the hospital after he collapsed in his bathroom. Doctors at the hospital pronounced him dead immediately after he was taken there. He was 97.

He was receiving treatment for pneumonia, heart, kidney and respiration-related complications for the last few weeks.

Dixit, who wrote dozens of books including on history and culture, was also a prominent journalist for decades during the autocratic Panchayat system.

Well-regarded for his in-depth knowledge of Nepali literature, eastern philosophy and culture, Dixit was conferred with prestigious awards such as Madan Puraskar, Sajha Puraskar and Padmashree Purashkar. He served as the vice-chancellor of Royal Nepal Academy, which was later renamed as Nepal Academy.

Some of his literary works such as Madhavi and Draupadi were popular for both the literary craft and subject matter.

As a litterateur and journalist, he was also closely involved in the political developments mainly ahead of reinstatement of democracy in 1990. A popular newspaper run by him, Samiksha, was closed down by the authorities during the Panchayat system.

Dixit, who mostly in his writings stood for progressive ideas, wrote an article around seven years ago asking his family members, relatives and well-wishers about a list of things to do for him after his death.

He wished to be cremated at an electric crematorium and asked his family members and relatives not to perform his mourning rituals. “No one should organize any monthly, bi-monthly, tri-monthly or annual congregation to pay tributes after my death,” he wrote. “No congregation of any type should be convened in any time in my name.”

President Bidya Devi Bhandari, Prime Minister KP Oli, leader of the main opposition Nepali Congress Sher Bahadur Deuba, among other politicians, ministers, writers and journalists have remembered him as a veteran personality who contributed to the country through various fronts such as literature and media.

“Nepali literature has suffered an irreparable loss in the death of senior litterateur Madan Mani Dixit. I pay my tributes to the late Dixit for his contributions and offer condolences to the bereaved family members,” said President Bhandari.

Stating that Dixit had a thorough knowledge of oriental philosophy, Prime Minister Oli said Nepali literature will always remember him for his contribution.

NC President Deuba described him as a legendary scholar of philosophy. Likewise, President of Rastriya Prajatantra Party Kamal Thapa remembered him as an honest and patriotic journalist with a high self-esteem.

“Dixit, who also served as a vice-chancellor of Nepal Academy, and wrote over 50 popular literary works such as Madhavi, Draupadi, Ahilya, has an incomparable contribution to the treasure of Nepali literature, culture and history,” said Minister for Tourism, Culture and Civil Aviation, Yogesh Bhhatarai, in a statement issued on Thursday.

Senior journalist and Madan Mani’s nephew Kanak Mani Dixit remembers him as a person of the 20th and 21st centuries whose work and thinking spanned millennia. “He was an acknowledged authority on Vedic society, a modernist who insisted that there be no death rituals and memorials upon his passing, and one of Nepal’s first candid photographers back in the 1940s,” Kanak said.

“He was an educator, a journalist, an opinion-maker, a novelist, a left intellectual and a family man. He carried his achievements lightly, and did not have the need for self-publicity that afflicts so many of us today.”

FNJ expresses sorrow over the demise of Dixit

KATHMANDU, August 15: The Federation of Nepali Journalists (FNJ) has expressed sorrow over the demise of senior literary figure and... Read More...

Iconic actor Luke Perry, known for 'Beverly Hills 90210' and 'Riverdale' passed away on Monday after he suffered a major... Read More...