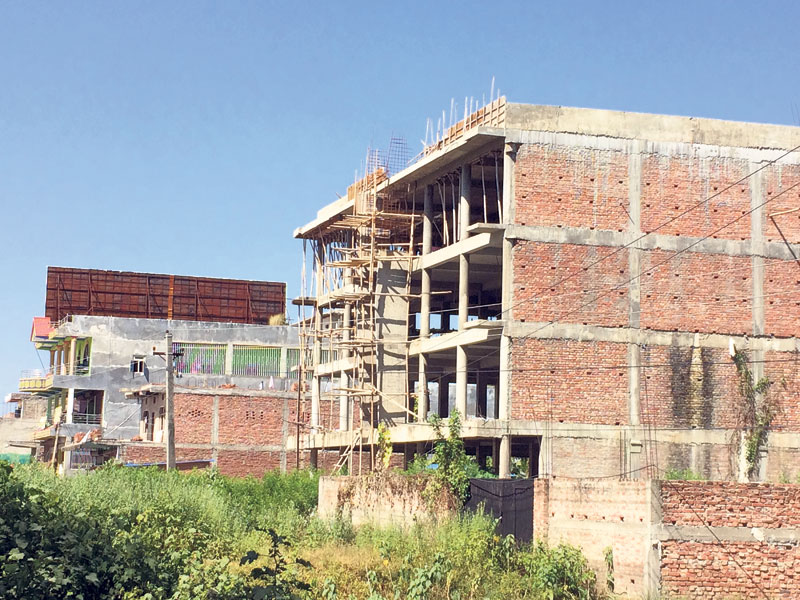 Lack of ideas on diversified investment ideas hits agricultural sector
SIRAHA, Oct 20: Bishnu Prasad Shah of Majhura village is a Qatar-based migrant worker. After hard labor for over a decade, Shah built a concrete house in his village and purchased a piece of land in Lahan. Shah is not sure whether he did right or wrong by spending all the hard-earned money to buy land and make a house, but he is happy with the limelight these possessions have given him. Both assets has enlisted him into the village's rich club and now feels that he has become a highly respected man in his locality.

“People treat me differently now. Earlier they used to look down upon me. All people care about is whether you have nice house, assets or not,” Shah said. He added that respect in society is directly related to economic status. And the status in his society is measured basically on the assets one possesses.

According to Shah, there is no choice for poor Nepalis other than to sell their labor in foreign countries, like he did, to earn respect in the society. As the pay is higher abroad, they are compelled to leave country and spend cream-years of their life in foreign land. “I am not sure whether I would have been able to earn this much if I had not gone to Qatar.

So, in a way I'm satisfied. I am giving my family a comfortable place to live in and educating my children in a nice school. That's all I could do by selling labor. It was not choice to work in a foreign country, it was compulsion.”

A huge number of youths from Siraha work in gulf nations. And majority of these migrant workers have invested their savings to buy land and in constructing residential buildings.

This has largely added to the density of concrete buildings in villages and the price of land in both towns and villages are sky rocketing. Investors say house and building is the first priority of all families, as both act as status symbol in the society.

“It's been years that my sons left for gulf countries. I do not know what their condition there is, but they keep sending money. With the money, here we have been able to buy a piece of land in the main market, at Golbazar,” said Abdul Aziz of Mahanaur.

His family is presently constructing a building on the land. Aziz said that the building would be the tallest in the locality. “The building will be four-storey- the tallest building around,” a proud Aziz asserted. According to a local journalist Arjun Thapaliya, Aziz is now considered richest man in the local circle. “Now he's treated as a rich man. His status has changed,” said Thapaliya. He further added that more and more people are leaving villages and migrating to towns. This has left villages simply empty and the towns are being haphazardly populated. “This is yet another side effect of foreign employments,” he said.

With the families of the migrant workers getting lured to luxurious buildings and additional plot of lands in town areas, little is invested in productive field. Even those who were associated with agriculture are fast losing interest in it. Few people in the villages are rearing cattle and growing crops.

“Even the people who already have comfortable residence are eager to have newer ones.

Sahajade states such deals are due to lack of knowledge on making investment in productive sectors. Neither migrant workers, nor their families back home, are aware about making productive investments. “When ideas for productive investment do not click in your mind, how can you invest? People are naïve about productivity. All they feel is that they would be considered high class people if they live in a better house and have modern appliances and gadgets,” he said.

The land which you could buy with a few thousand rupees five years back costs millions of rupees now. On the other hand, farms in the villages are being deserted as people are gradually adapting to luxurious way of life. Where are we heading to?

He called on government and non-government agencies for working towards raising investment awareness among villagers and warned that in lack of such initiatives, remittance coming in the country would stop giving returns in the long run. “Moreover, that would only harm the society in too many ways. People here are losing interest in physical work,” he commented.

Chakrapani Dahal, lecturer at Everest College stated that the government must facilitate in ensuring safe and secure investment of remittance. Until and unless that is done, people would hesitate to invest in anything, he said.

“While investing for house and land, they are assured that their money is not going go in loss. But to spend in other sector, industry or say agriculture, they have to think twice. If this mistrust and doubt could be addressed, people would get attracted to invest in several productive sectors,” Dahal explained.

Dahal further stated that the rising price of land is counterproductive. The villages are getting barren and the towns are being overcrowded, prices of land plots are rising and rising, he said. “This kind of unproductive practice is going to make the mass inactive and dependent. This cultural course needs to be intervened and corrected.”

According to locals, price of land in Golbazar and Mirchaiya, among other market place in Siraha has increased manifold in the last few years. And this has happened despite the fact that these areas don't offer basic facilities that a town should have. “The land which you could buy with a few thousand rupees five years back costs millions of rupees now.

On the other hand, farms in the villages are being deserted as people are gradually adapting to luxurious way of life. Where are we heading to?” Dahal wondered. “We are being too much dependent on import. Even basic food grains are no more grown here.” 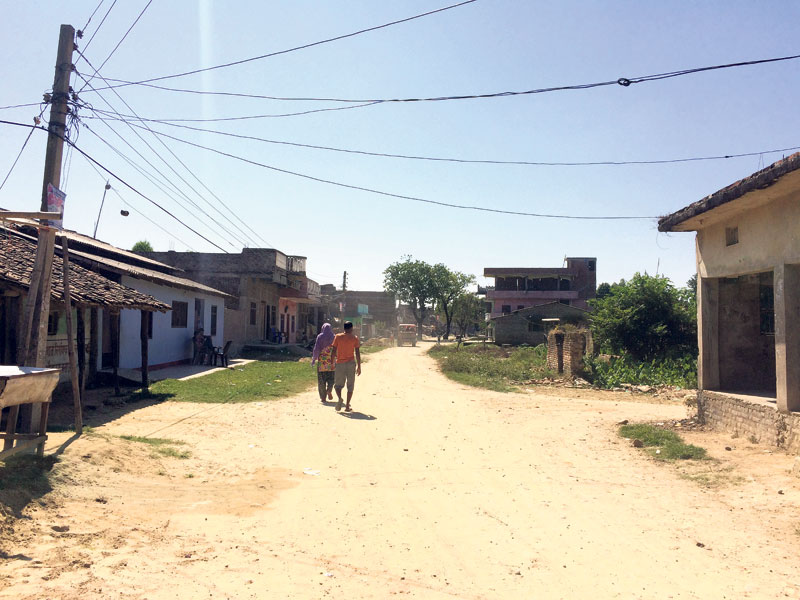 Banks not to issue new credit to automobiles, real estate

From real estate to ‘Milkmandu’

A Canadian involved in a real estate business from Vancouver, British Columbia, Matt Dawes wanted a change in lifestyle about... Read More...