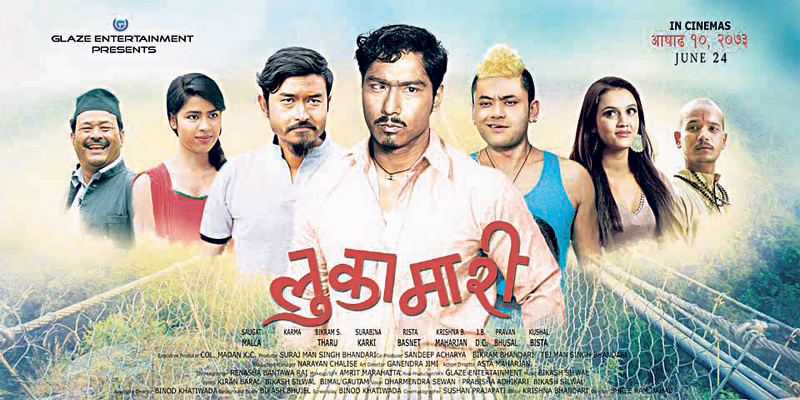 If the trailer of the film is anything to go by, ‘Lukamari’ promises to be a comic crime movie.

Audiences are excited to see Saugat Malla and Karma together first time after the superhit film ‘Loot.’ In their latest release, Saugat is seen in a Madhesi avatar while Karma, with his blonde Mohawk, plays the carefree son of a Newar landlord.

Songs of ‘Lukamari,’ particularly ‘Kathmanduma’ and ‘Ghintang Ghisi Twak’ have already become quite popular. Actor Karma has jumped on the bandwagon of actors turning singers by lending his voice to the upbeat and funky ‘Ghintang’ song along with Dharmendra Sewan and Bikash Silwal.

KATHMANDU, July 5: Deputy Prime Minister and Minister for Defense Bhim Rawal has accused the Ministry of Finance of not... Read More...