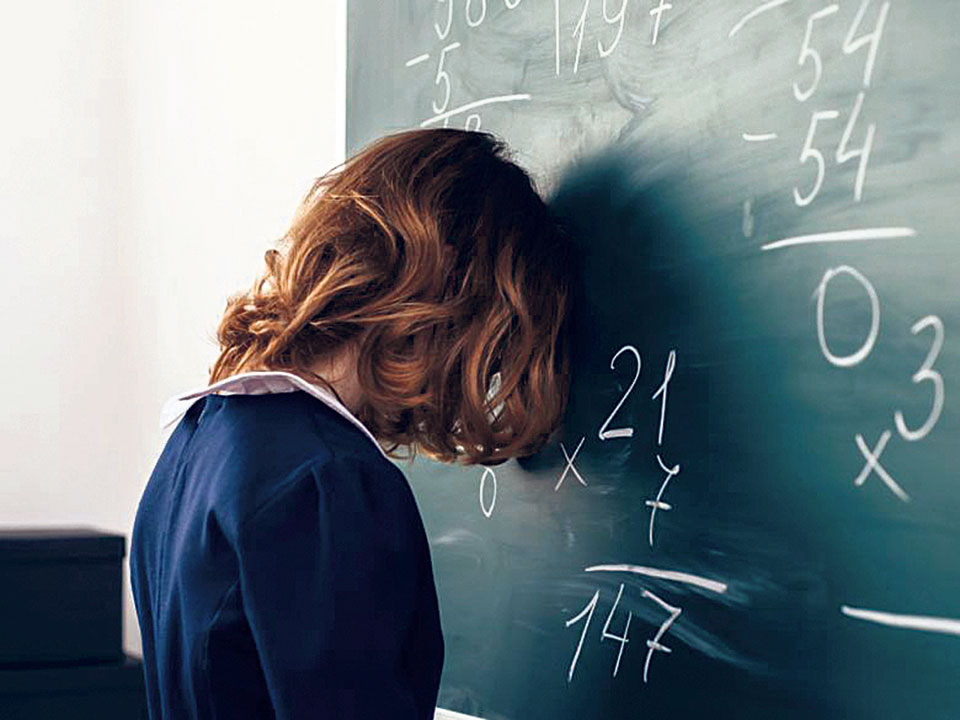 Bookish knowledge is the epicentre of our teaching. We make an unsuccessful attempt to judge students by their marks.

I spent my 16 energetic years in the education sector. It was my direct involvement in the sense that I worked as a teacher interacting most of the time with the students. I collected some beautiful experiences, encountered daunting challenges and sometimes tasted ‘so-called’ success. But I still wonder whether I had really been a teacher.

I was a teen with an SLC degree when I ventured into this field. The first-division percentage in my mark-sheet branded me as successful. I was boastful of my scores. I felt as if I was more than successful. The very feeling lasted for almost one decade. I trained the students to achieve healthy marks. I too labeled ‘weak’ and ‘bright’ students based on their scores. I instructed them to mug up the content. If they dictate what I told them without missing a letter or clause or any punctuation marks, I used to feel proud of those students. If some of them failed to secure ‘better’ marks, I used to humiliate them. Punishment used to be an integral part. Praise rare.

The exam used to be the core focus of my teaching. Every discussion ended in exam: How many questions will be asked? How many marks do those questions carry? Is the topic important for the exam?

Maybe I was influenced by my teachers who taught me this way. I am not going to blame them here. We used to be told to tick the important questions and rote-learn the answers. The better parrots would be awarded higher marks.

Rules of the game
The textbook was one and only tool in the classroom. My concern would be standing in front of the class and reciting whatever was written in the book. It would be even better if you could tell which page included what. You were sure to be named as ‘outstanding teacher.’

Making all the students keep quiet would be my great success as it was the prominent prerequisite for good classroom teaching. If you fail to maintain pin-drop silence, you are a failure. Everybody, including school administration, parents and even the students, used to consider it as such. If there were some jokes and laughter in the class, you would be questioned by the head teachers. You were sure to be blamed for spoiling discipline and instilling a sense of disobedience among the students. Teachers must be an authoritarian like Hitler. That was the established doctrine.

While teaching, the so-called bright students used to be focused. I pronounced the words targeting them. I looked at them, had an eye-contact with them, asked them whether they had understood and told the others to follow them. At times, those ‘bright’ students joined me in humiliating ‘weak’ ones. Humiliation used to be an integral part. Humiliation when those ‘weak’ students couldn’t answer the questions I asked, or didn’t turn up in the class on time due to some special reasons, secured ‘poor’ marks, wrote scribbles, and so on used to be a daily routine. Maybe those ‘weak’ had accepted it as the normal phenomenon.

I indeed studied child psychology in the university. I passed it with ‘good marks’ too. However, I time and again, failed to understand child-psychology. When it was the time for result publication, we teachers used to blame students for their ‘failure’ and claim credits on the ‘success’. If they scored ‘poor’ marks, both the teachers and parents used to reprimand the kids.

As time went on, I began to realize the fact that if a student ‘fails’, the teacher also fails. I tried to place myself in students’ position and felt from their end. I gradually and without much publicity, started respecting child psychology and needs. I started believing in the discussion. I encouraged the students to participate in the discussion. I even accepted ‘bad or wrong’ answers. At the same time, I encouraged the students to develop a common sense, at least for adjustment in the context.

Reverse learning
As I grew older, I cracked jokes in the class, discussed music and film, asked them of their hobbies telling about mine, tried to generate examples and relate the content with a real-life situation. I inspired students to study by understanding the content. At the same time, I maintained a necessary gap between them and me so that both the parties could enjoy the relation.

Later on, textbook teaching was gradually replaced by the curriculum. I, most of the time, counseled them on their career. I had a pain of not having been properly guided after I passed SLC. So, I told them about possible ways out ahead of SLC.

The most important thing that I achieved during my whole career is that I always got inspired by others, my seniors or juniors. The old definition of ‘bright’ and ‘weak’ faded. I, these days, get inspired by a student who sang very well. If the one whom I taught in schools took really nice photos, I started realizing that he was far ‘brighter’ than I had thought. I was equally inspired when some of them drew beautiful pictures, performed an elegant dance, delivered an energetic speech, played any sports brilliantly or repaired electrical gadgets, which I was never capable of. I can’t dance properly. Singing has been a far-fetched dream for me. I love sports, especially cricket, but cannot play. If I were a cricketer, I’d make records for the most duck-outs. I feel literally stunned when some of my students draw unbelievably beautiful portraits and panoramas even without any mentorship. I, as a teacher, feel it hard to draw a map of Nepal. By the time I realized that every single person is capable of something, I found myself to be ‘weak’ in front of them.

We often make mistakes. Bookish knowledge is the epicentre of our teaching. We make an unsuccessful attempt to judge students by their marks. We even judge students based on grades and scores. Our trend of branding ‘bright’ and ‘dull’ is so deep-rooted that we can’t still stand above and evaluate a student on other aspects. We focus only on the scores ignoring their social behavior and life-skills.

We are poorly imparting theoretical and more often stereo-type ‘education’ to our students. Exam is at the center of all. We focus on question papers, seat-plans, coding and decoding of answer sheets, privacy during exam administration but never give a damn on whether our classes have an impact on students.

In Nepal, we have many social evils. We have been carrying them as the part of our life. But our education rarely has been a sharp weapon to wipe out those malpractices which have been jeopardizing our society. We recite ‘marriage at an appropriate age’ from the books and attend wedding reception of seventh and eighth graders. We write a page-long essay on gender equality but we tend to discriminate between boys and girls.

I have realized that we teachers have not been practical enough. We can’t talk openly about menstrual health, let alone fight for Chhaupadi. How can we teach true democracy and fair election system if we advocate for a party just for promotion? We believe students should follow their teachers. Certainly, they do. Shouldn’t we think what they will learn from us?

No teacher can justify himself simply by pointing to his students. He is one to mold them. He should be active. Let’s forget about books. Let’s forget about exams. And let’s also not talk about failure and success. After that, we’ll see beaming faces. Let’s not blame but dare to break the age-long norms of teaching. No matter, how stubborn they are.

The author is with Republica’s online bureau

According to UNESCO, around 1.5 billion students are out of school in over 165 countries affected by the pandemic. In... Read More...

Education in govt’s policies and programs: ‘Positive but inadequate’

KATHMANDU, May 16: The government's policies and programs for the upcoming fiscal year have come up with positive arrangements such... Read More...

Government's investment in education sector should be result-oriented: President

KATHMANDU, Sept 8: President Bidya Devi Bhandari has said that the government's investment in the education sector should be result-oriented. Read More...

A  bunch of jobless people seeking to bring instability in the country sought my resignation: PM Oli
15 hours ago