Regmi calls for cooperation to promote world peace and humanity 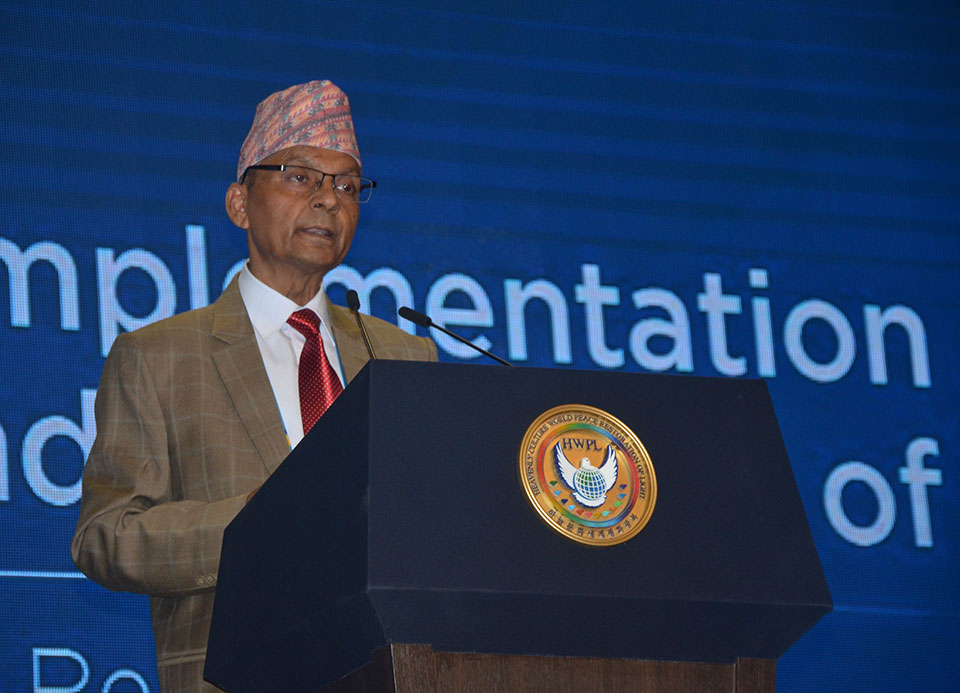 KATHMANDU, Sept 21: Former Chairman of Council of Ministers Khil Raj Regmi has called for cooperation from one and all including citizens to politicians to promote peace and humanity in the world.

Meanwhile, Regmi also appreciated the efforts made by the HWPL to promote peace and humanity in the world since 2014 by encouraging all the stakeholders.

Endorsed by the Council of Advisors in 2016, Regmi supported Declaration of Peace and Cessation of War (DPCW) which has 10 Articles and 38 Clauses.

The Council of Advisors comprising former heads of state, heads of government and international legal experts had underscored the need to codify peace as human rights in the international law.

Wishing peace and unification for Korean peninsula, Former Chairman of Council of Ministers Regmi said if the unification between North Korea and South Korea were held, it would be a great example of peace in the world.