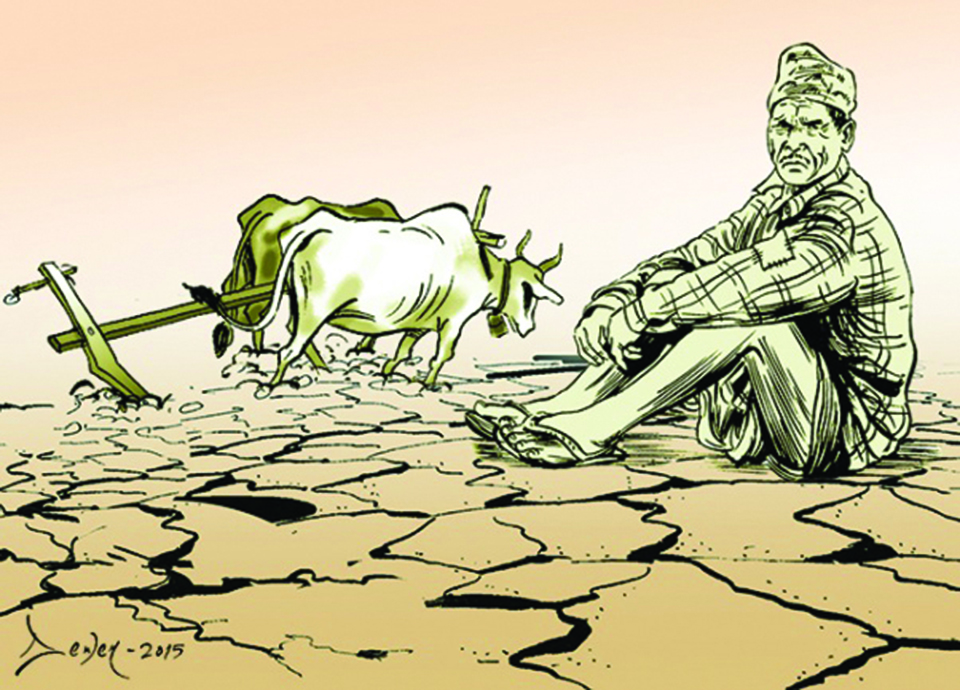 I was not thinking of it until I read the news report about a youth, a returnee from Malaysia. He had spent four years in that country working hard under the harsh conditions but he could not do much for the family for he could not earn much. This drove him back to the country. But in four years time, he had gained confidence and determination to invest in his home land. He returned to the country and started career in agriculture. He is doing much better here.

The youth I read about is a success story of a sort. More migrants can be inspired to return to the country and start enterprises of their own. We only have to provide them enabling environment.

As a development professional, I have come across many migrant returnees working for their communities on the ground. But sadly, not all of them are satisfied with what they are doing. Only few of them are happy to be home and working here. But if the government can create conducive environment for them to come back and work here, their dissatisfactions can be largely addressed and many more youths from abroad will be inspired to return.

It goes without saying that agriculture is a mainstay of Nepali economy. Agriculture sector has contributed to economic growth (to whatever extent), food security, poverty reduction, employment generation and GDP. But those involved in agriculture face a number of problems: lack of proper access to market, unavailability of proper fertilizers and seeds and so on. Since the number of youths leaving the country is growing every single day, there are very few people working in the field, which means we are not producing enough agricultural goods for consumption.

As the country is producing fewer products, the cost of goods automatically goes high. And imported goods displace locally produced goods. Naturally, the customers seek for better and reasonable costs and they might get attracted toward imported subsidized products. As a result, our local products cannot compete in the market.

Around 50 years ago, Nepal used to export paddy rice to foreign countries. China had proposed to import rice from Nepal. India was also interested to buy Nepali grains through State Trading Corporation. Bangladesh used to import lanterns from Nepal. All this sounds like a myth today. We import almost everything from outside and yet our government has done nothing significant to change the situation.

In most countries, agriculture sector has contributed to economic development. Agriculture revolution boosted the economy of Japan, France, US and Japan. It sped up industrialization process. Industrial and agricultural developments complement each other. This could have been true in our context too but we have missed the opportunities.

With rapid urbanization, the country is losing the most fertile lands. Land plotting has taken toll on paddy production. And this continues unabated since the government has made it easier for people to take loans from banks and invest in real state. On the other hand, thousands of acres of land in the country remain barren. The trend of capturing large areas of land and selling it in higher price for construction purpose has totally transformed our agriculture landscape. No wonder, our production rate is declining every other day. This is why it is necessary for the government to bring policies to bring back our youths from foreign countries and get them engaged in gainful agricultural enterprises.

This does not seem to be our priority at the moment. We seem to be encouraging and more and more youths to leave the country. Besides, educated youths do not wish to pursue career in agriculture sector though our economy largely depends on agriculture. More than 90 percent of the total population was dependent on agriculture during the 1980s. Even today, agriculture is the major economic activity for large number of people. But we have not done much to modernize agriculture system. We still rely on ancient agricultural tools and unskilled or semi skilled farmers.

The government even fails to provide fertilizers—one of the basic materials for farming—to the farmers on time. Farmers have to depend on monsoon rain for there is no proper irrigation system in the country where water resources are in plenty. Despite these hurdles, if and when the farmers produce something it does not get market access.

No country can thrive economically without agricultural development. It is so for Nepal as well. Agriculture is not an attractive avenue of employment for majority of youth. Government should motivate youth to actively participate in agricultural transformation by providing them advanced agricultural technology and digital tools to make agricultural sector more productive, efficient and resilient.

It is time for this government, whose signature slogan is prosperity and development, to realign its focus on agriculture development.