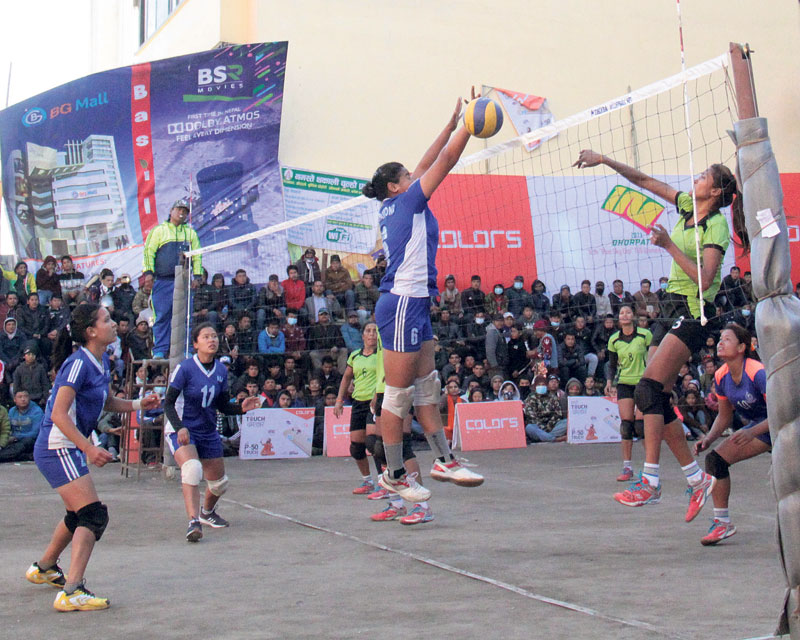 Experienced volleyball coach Kapil Kishor Shrestha says that Indian players have made difference in the league which itself has shown the exact level of Nepali women's volleyball. “Reed's success has actually shown at what level is Nepali women's volleyball. We need to learn from this and need to work on improving the level of Nepali players,” said Shrestha, adding, “Playing against top quality foreign players in the domestic tournament can help Nepali players improve their skills. As Nepali players don't get enough International exposure, Nepal Volleyball Association (NVA) also should organize tournaments inviting foreign teams to boost up the players' confidence.”

In the meantime, New Diamond's head coach Kumar Rai said that the defeats to Reed must be taken positively. “APF's defeat to Reed has shown the level of Nepali women's volleyball. We must work hard to improve our level. Personally, I am making plan to win the tournament next year studying the defeat to Reed,” said Rai.

He also said that all the teams must make the bench strong. “A team cant be strong enough with just six players. Every team must have equally strong players in starting six and bench which Nepali teams lack. It's not just the case with us but all the domestic teams have a big gap in the quality of players in the starting list and the players of the bench,” added Rai.

To be the only unbeaten team in the tournament, Reed registered a 25-4, 25-16, 25-10 win over host Dhorpatan in its first match on Monday while it overcame Army 25-11, 25-9, 25-16 in the second match. After the completion of the first round of the league, Reed has extended its points tally to 27 points from nine matches. APF, which is placed in the second position, has 24 points and New Diamond is third with 21 points from equal number of matches.

Top seven teams in the first round will advanced to the second round of the league and the winner will be declared after round robin matches between them. Chandeshwari Youth Club, New Diamond's junior team and Bijeshwari Gyan Mandir who finished in eighth, ninth and tenth places have crashed out from the tournament.