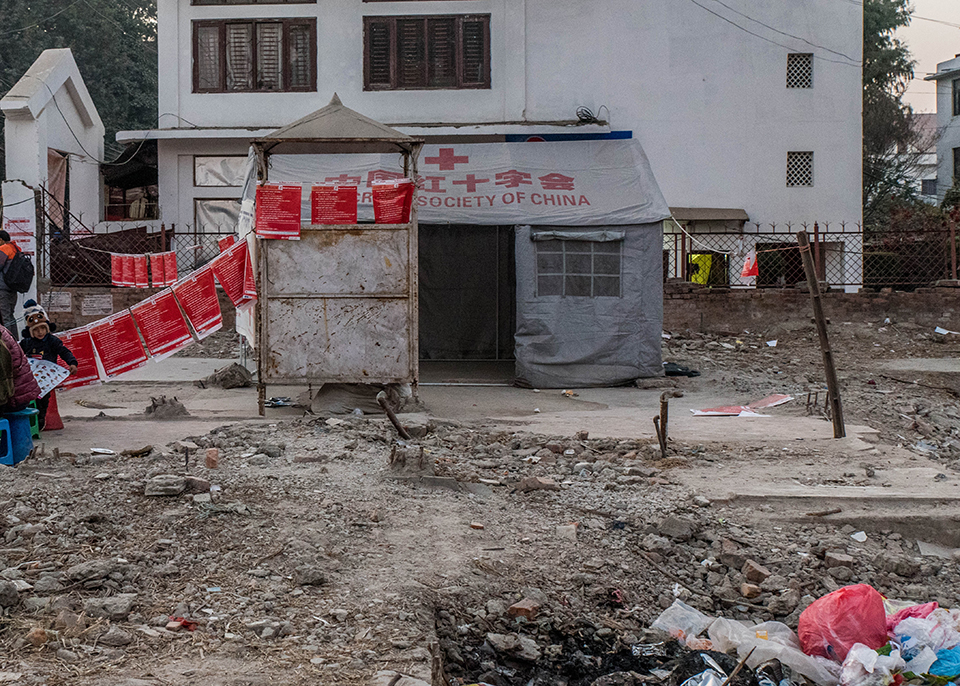 KATHMANDU, Dec 29: "Blood is life, donate blood to save others" blared a music player placed atop the debris of the demolished Nepal Red Cross Society (NRCS) building at Pradarshani Marg in the capital.  Under  tents provided by Red Cross Society China,  blood donors recline on  chairs  to donate their blood. NRCS staff  busied themselves  collecting the blood.

The blood collected  should be placed in cold storage within half an hour, but it is hard to believe this procedure is followed for blood collected from this place these days.

After the deadly earthquake of 2015, NRCS demolished the main building of its central blood bank  at Pardarshani Marg.  NRCS owns about three ropanis of land at the place
A fleet of taxis and motor cycles  are parked at the debris-filled premises. It is a sorry sight.
NRCS is yet to begin the process for reconstruction of the central blood bank building.

“After the earthquake we also demolished the buildings which were still in good condition  as we needed more space for a modern building,” said Indra Bahadur KC, executive director of NRCS. “We are planning the building as per the standards of the World Health Organization,” he said.

According to  NRCS, the Red Cross Society of Thailand has provided Rs 200 million  for the construction. NRCS also has funds collected from various other sources.

They are developing a new facility with modern technology, said  NRCS officials.  "We are likely to sign the construction agreement in January," said executive director KC.
Meanwhile, NRCS officials requesting anonymity said corruption is rampant in the organization and they don't care anything about the public interest, whether it is concern for the safety  of donated blood or for infrastructure.”

KC, however, rejected allegations of irregularity. “It's not true that we are involved in fund embezzlement,” he said. “As for the safety of blood collected in the open at Bhrikutimandap, the collections are safely  packaged in standard bags and later carried to cold storage after testing for soundness.” 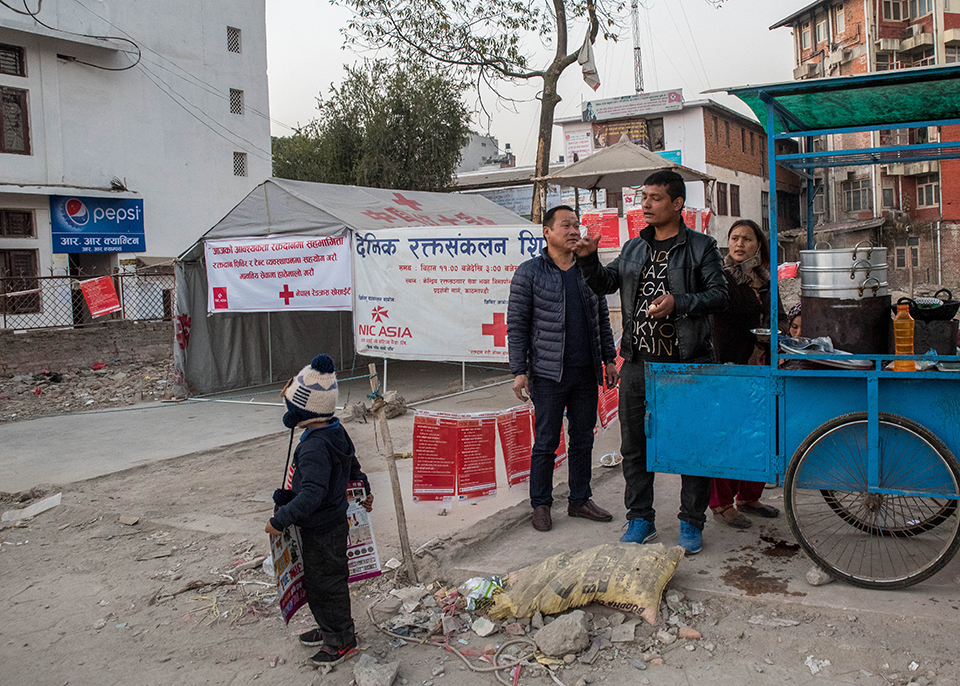 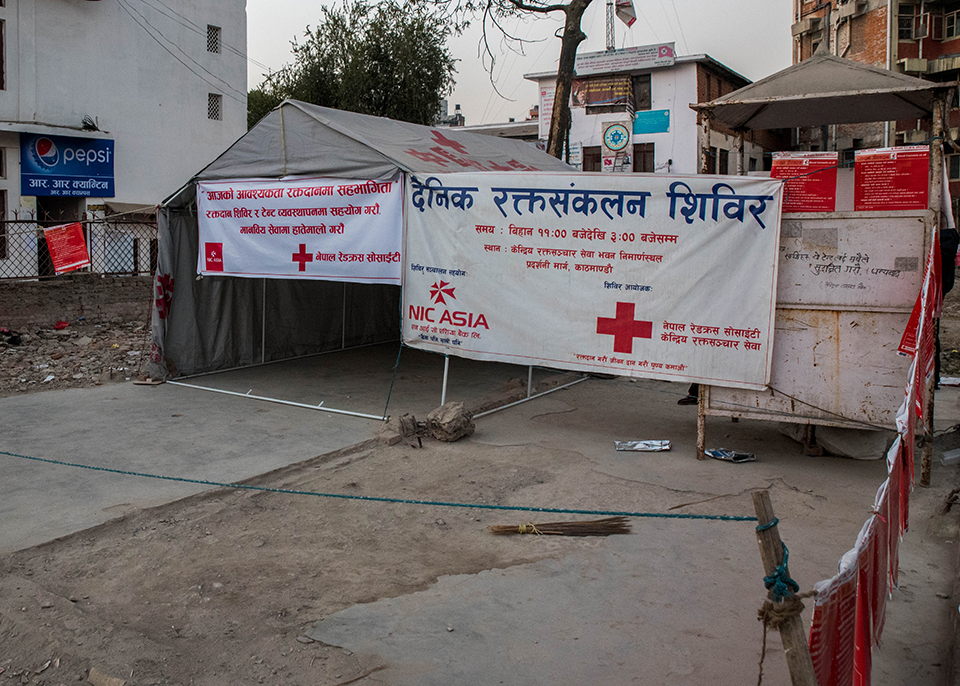 BHIMDATTANAGAR, March 22: The locals of a remote village here have been forced to pay for crossing a bridge over... Read More...

KATHMANDU, Jan 2: Global IME Bank has organized blood donation and diabetes check up program on the occasion of its 10th... Read More...

KATHMANDU, June 18: The post-quake data collection inside the Kathmandu Valley will take at least a week. ... Read More...