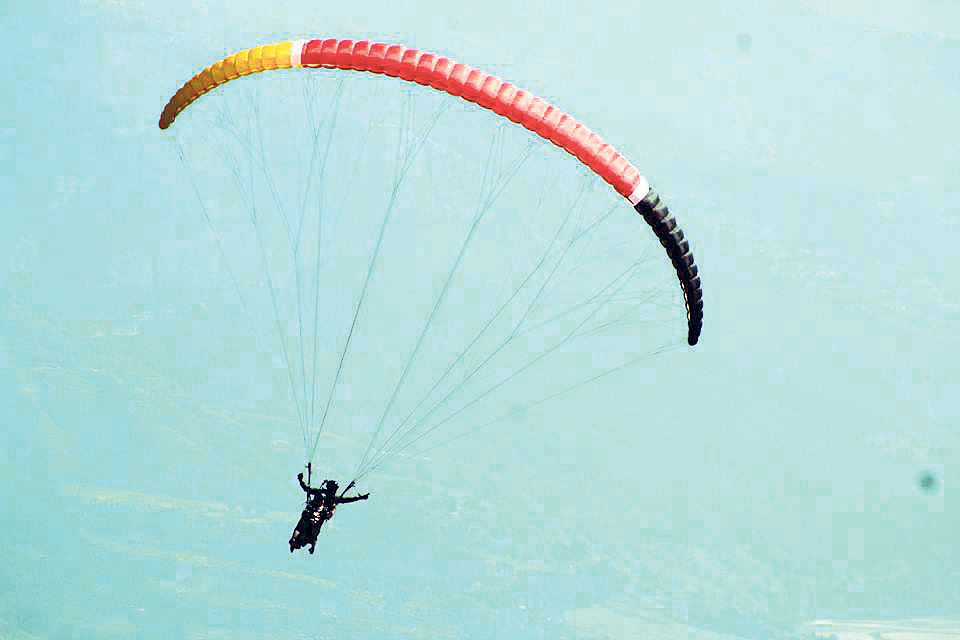 Devendra Prasad Pandey, manager of the recreational aviation section of the department said that the operational license of the companies had to be cancelled as they failed to renew them on time.

Meanwhile, such adventurous recreational activity is flourishing in Nepal. Every year significant number of people reaches Nepal for recreational activities. According to FSSD, there are total 74 recreational aviation companies in Nepal, including paragliding, ultra light flights, para-motor and hot-air balloon.

According to CAAN, companies have received recreational aviation operational license in new places such as Bandipur, Bhedetar, Surkhet, Syangja, Palpa, Bandipur, Kanyam, and Dhampus. One hot-air balloon company has been permitted to start operation at Dhampus.

“Each passing year, the number of recreation tourists is growing, and so does the companies to operate such activities,” Pandey said.

“Nepal has suitable climate for recreational aviation. We can operate fleets here in all season,” he added. “This advantage has helped us to increase the number of adventurous tourists in the country.”

“Not only foreigners but domestic tourists are being attracted toward such adventurous activities in recent years,” he added. Paragliding started in Nepal in 1997. Formal commercial operation started in 2000. In the 21-year-long history, recreational aviation service has increased remarkably. As the activities are increasing, CAAN is preparing to bring better regulations for the recreational aviation industry in association with Nepal Air Sports Aviation (NAA). Currently, over 500 people are direct employed in this industry across the country.

KATHMANDU, July 19: The government has increased the fee for receiving new license for all categories of vehicles and also... Read More...

50,000 metric tons of wheat required to address shortage
24 minutes ago