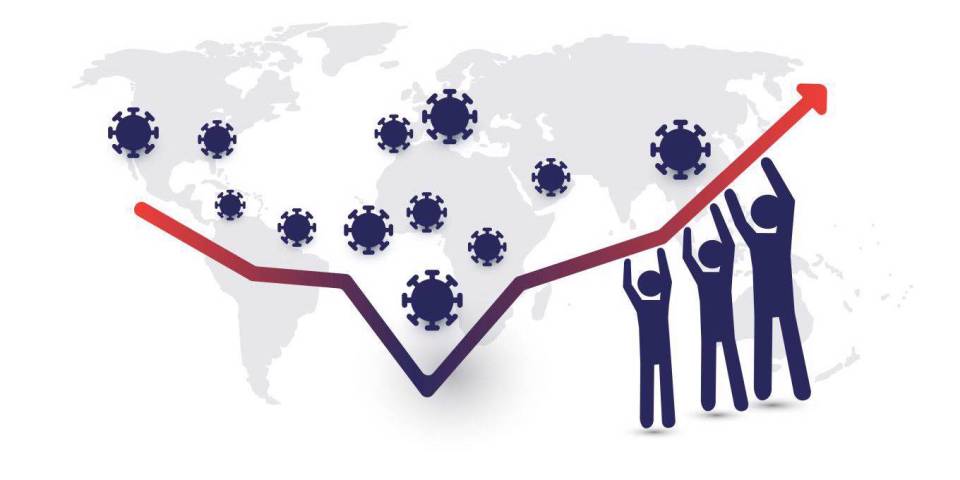 National and global leaders are desperate to return to the pre-pandemic status quo. But that is not good enough, because harder blows are coming.

BRISBANE – COVID-19 is hitting everyone hard, and behind the scenes, defense and government leaders are viewing the pandemic as an example of the type of blow from which modern societies must be able to recover. Policymakers are convening experts from industry and academia to figure out how to ensure that such threats do not catch critical organizations off guard again. They want to know how we can be more resilient.

But COVID-19 is the kindest punch we are going to get.

For all its severity, the virus is a mindless entity, ultimately bound by the laws of physics and biology. It has no guile, and it punishes us only incidentally. Though it is novel and has proved more dangerous than most common contagions, it is not unlike the plagues and pandemics humans have confronted throughout recorded history.

Most countries have handled the COVID-19 threat using available public-health infrastructure according to its original design, with only some adaptations. Governments have also responded predictably to the pandemic’s economic fallout, following the same model established during similar episodes in the past, not least the 2008 financial crisis. Indeed, there is little about the current crisis that could not have been planned for.

The problem is that today’s backroom discussions are not actually about resilience. They are about recovery: National and global leaders are desperate to return to the pre-pandemic status quo. But that is not good enough, because harder blows are coming.

They are not difficult to imagine. As the world’s climate and politics become more unruly, armed conflict will spread to new regions. Or consider a pandemic accompanied by cyberwarfare, the kind that can knock out critical infrastructure with a click. Add the disorienting cacophony of social media. We are closer to an unrecognizable world than we realize.

The threat that we need to worry about cannot be understood in terms of a virus, climate change, or economic crises alone. Rather, the danger is that the fallout from one disaster will combine with others, producing unprecedented negative feedback effects—possibly accelerated by malign human actors. The result would be more than the sum of its parts, and it would be far worse than anything today’s crisis managers have imagined.

To prepare for such possibilities, countries will have to go beyond simply restoring depleted infrastructure and establishing toothless new institutions after the pandemic. The key to future resilience lies in becoming intrinsically agile.

One hurdle to achieving this is our standard procurement and production metrics. Today’s decision-support systems depend on formal or logical structures that arrange facts: With enough data, we can model physics-based scenarios and engineer responses, even for something as complex as a biological virus or the weather. But when it comes to forecasting human activities or political tipping points, our modeling systems are at a loss, because we cannot assume that future human-driven crises will be similar to those in the past.

We could address this problem by leaving it to the market, in the belief that the political establishment has neither the will nor the ability to strengthen resilience in a meaningful way. In fact, an effective lever for deploying market forces already exists. The reason that so many private enterprises focus on supply-chain “leanness” is that the metrics are tilted to reward such thinking.

But the leanness bias was artificially induced by the US Defense Advanced Research Projects Agency’s (DARPA) Manufacturing Technology Office in the late 1980s, when the US was facing a crisis in its defense industrial base. Having concluded that capital markets were not sufficiently rewarding innovation in the supply chain, policymakers developed new methods to evaluate “economic value added” in this domain. These draft EVA metrics were then presented to investors as a way to understand the innovative power of entire enterprises, rather than just the primary actor at the end of the chain.

DARPA campaigned successfully to embed these metrics in the Generally Accepted Accounting Principles. The unintended consequence was that supply chains assumed an inordinate degree of power and importance. But this is a problem of our own making, and thus could be corrected by moving the lever back to favor agility and resilience over leanness.

But, of course, supply-chain resilience alone is not enough either, because it concerns only industry. Intrinsic agility requires that entire communities adopt the mindset of a storyteller, where every surprise provokes a new reading of the situation, and a new vision for the future.

The fact that our smartest scientists and political leaders are envisioning a return to “normal” reflects a collective failure of imagination. As a society, we need to start thinking more creatively about how existing resources and forms of social and economic intercourse can be recombined to address new problems.

Political leaders should establish exchange agreements between neighboring regions, so that systems facilitating collaboration today can be used to organize refuge tomorrow. In popular multiplayer games, social cooperation is rewarded by a sense of shared identity and the broadcast of praise. At the same time, values like community and environmental well-being should be incorporated into the prevailing metrics and models, so that they will remain a priority regardless of what else is happening.

Science and engineering alone can’t save us, because their outputs will need to support overhauling social compacts. The arts and humanities are replete with the necessary tools of reinvention, but lack the technical agency. Contributions from the rest of us, in all walks of life, will be needed to achieve agility on the required scale. Our different talents must combine as the problems we confront do. We must start devising, as a whole community, new vocabularies of reinvention. We need to want to imagine.

H.T. Goranson, a former deputy director of the Institute for Integrated Intelligent Systems at Griffith University and senior scientist with the US Defense Advanced Research Projects Agency, is the author of The Agile Virtual Enterprise. Beth Cardier, Fellow at the Trusted Autonomous Systems Defence Cooperative Research Centre, is a principal research fellow in narrative modeling and interdisciplinary collaboration at Griffith University.

The current health and economic catastrophe arrived little more than a decade after the global financial crisis. If it does... Read More...