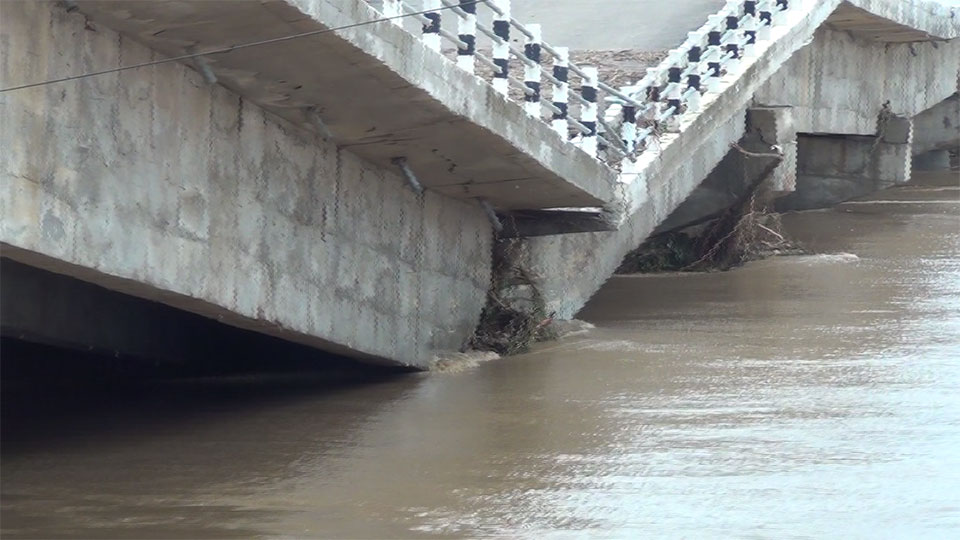 BARDIYA, Sept 1: Even three weeks after the floods ended, comprehensive statistics of damages is yet to be collected in the district. In lack of proper data, Natural Disaster Rescue Committee in the district has not been able to start reconstruction works of damaged physical infrastructure.

Most of the bridges and roads that connect rural areas with the cities have been damaged by the floods. However, the committee does not have official information of the overall figure of damages.
The government bodies have been collecting statistics with the help of agricultural, health, educational institutions, security forces, and non-governmental organizations based in the district. The August 13 floods in Babai River had damaged most of the roads, bridges and public school buildings in the district.

Data collection is being delayed in the absence of concerned officials in the concerned government bodies.

The data of infrastructural damaged was supposed to be collected and submitted by a committee led by Tej Prashad Sharma, with the support of District Technical Office. However, Sharma was on leave soon after the floods and all the responsible officials were also out of the district.

The Babai flood has damaged a 425-meter-long bridge connecting district headquarters Gulariya with the East-West Highway. Several villages have been disconnected with Gulariya due to the damage.  The Nepalgunj-Gulariya road section has also been damaged.

According to an official at the District Administration Office, not a single meeting has been convened to discuss reconstruction of damaged infrastructures. A total of five municipalities in the area have been affected by the floods. Four persons were killed and one is missing.

KATHMANDU, March 20: Although the government started distributing the second tranche of the reconstruction grant some four months ago, less than... Read More...

KATHMANDU, Oct 28: The reconstruction of temples around Swayambhunath stupa, one of the renowned Buddhist shrines and a UNESCO World Heritage... Read More...