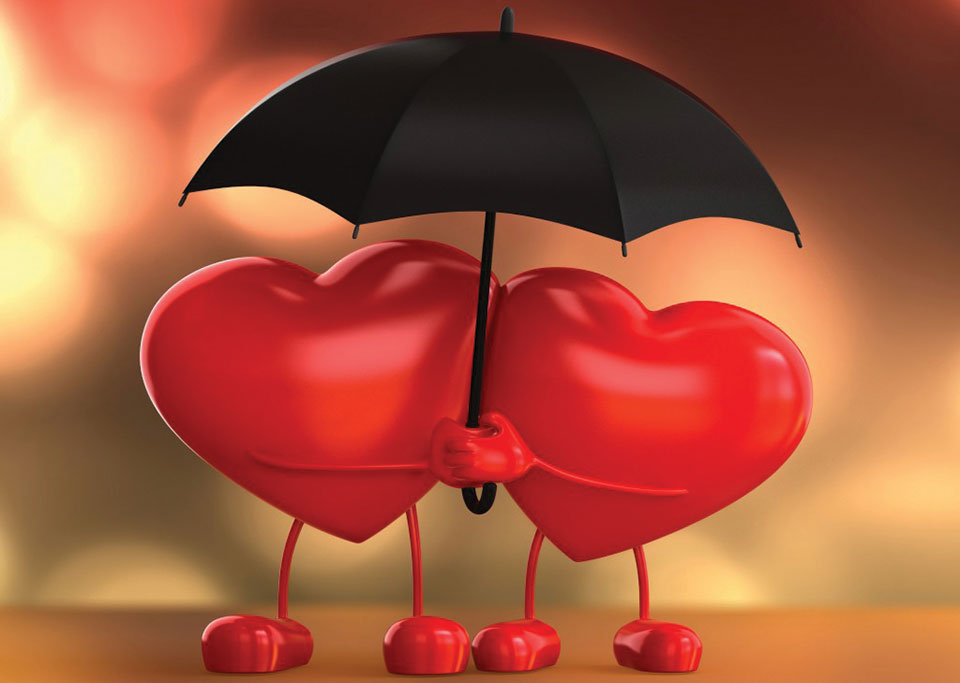 Talking of love soothes hearts and embalms the scorched earth. And the precondition is that it happens where love is expressed by blowing into tree leaves and whistling. It is where love still flows down the streams with roaring falls and faint murmurs. It is where love is still pure, polite, puerile, and undefiled.

Moreover, it is assumed that love has not turned more profane, peremptory, and impervious yet as many people view it because it happens in locales that are far from lovers’ exposure to adulterated and alien foods. It happens where the horizon climbs up the ladder of rainbow into the sky and birds sing in the backdrop.

It is not where culture gets diluted with obscene entertainment seeping through explosive and invasive technological advancements. It is where love always remains tantamount to exhilarating experience far from the maddening crowd, ever growing discontentment, and disillusionment in the world.

I was wandering in the nearby woods replete with foliage in the last spring. I came across a couple of grasshoppers mating; a slow but consummate act causing very little disruption in the wild. I could hear little birds chirping around which were not big enough to peck at the grasshoppers in union. It looked as if they were singing of love, for love and through love.

All these happenstances took me down the memory lane. While I was still a young boy in school, I was told that mating grasshoppers were the perfect messenger of love. The only thing needed to do was catch them while they are in action, burn them into ashes and carry it along. The hardest part was to smear it onto any part of the body of the desired girl without her noticing it. That was the surefire way for practicing black magic that would but guarantee the reciprocation of loving behavior. How easy and how difficult at the same time!

Catching the grasshoppers was no big deal. I would easily get hold of them in the summer cornfield, make a fire, incinerate them and carry along in a leaf. And the hardest part of it never got implemented.

Containing love
I was probably one of the most nervous and shy guys in the school. My lower middle class morality and mentality had already overtaken me. I had already conformed to the social values based on my station of life. The values would haunt me forever in my life (present is no exception either) bestowing upon me eternal miseries. A son of subsistence farmer in a far flung village was destined to douse the flames of love in his heart.

To make things worse, I was deemed the most disciplined boy in the whole class, a source of envy among my friends and resentment among foes. I never made any moves to apply the ashes on any girl thereby depriving myself of the bright light of love. It is more difficult when your next door neighbor is the headmaster in the school who is very close to your family. However, I have dirtied my shirt and short pockets by carrying ashen grasshoppers for a prolonged period of time.

Life dragged on as usual bereft of love with some brief amorous attempts (not encounters) punctuating the dull moments in between while pursuing intermediate and bachelor’s degrees. But life at the Central Department of English in Kirtipur was fun owing to romantic professors such as Dr Abhi Subedi, Dr DP Bhandari and the likes. They spellbound the whole class by foregrounding the theme of love (they never wandered off subject matter though). They could relate every aspect of life with love without any anomalies. Dr Arun Gupto once became the talk of the campus for carrying a plant on the back of his motorbike along the ring road supposedly to inhale clean oxygen while he was driving to campus. This was his rebellion against rampant air pollution in Kathmandu.

A prolific writer, Abhi sir was probably the most poetic and the most romantic of them all. We took pride in being his students. I was even lucky enough to befriend him for a short stint upon graduating from the campus. I even wrote a review of one of his anthologies of poetry. He is still as anarchic as he was twenty years ago. His weekly column published in a broadsheet Nepali daily is perhaps the most read and least understood write up in Nepal.

When I look back, I feel compelled to commiserate with people from rural areas who do not have abundant places to engage in amorous activities during the daytime obviously due to widespread acquaintances, familial and filial obligations. The urban areas offer more privacy and space toward the same.

Love of absence
Presence strengthens love but absence sharpens it. Sagas of thousands of young hearts separated from their sweethearts and toiling in extreme working conditions (mostly in the Gulf countries) stung by pangs of love are testimony to it. This is also the avenue for proliferation of melancholic and nostalgic love songs and subsequent music videos flooding YouTube and television channels.

These songs either depict the separation of lovebirds or their longings for reunion. Their undertones and overtones are aptly aligned with the seasonal rhythms in solar year in line with Northrop Frye’s literary theory: comedy with spring, romance with summer, tragedy with autumn, and satire with winter.

The grasshoppers are still roaming the harvested fields waiting for winter to hibernate and to resurface in the spring and summer to mate. The birds are sunbathing in the branches of trees. The only creature that is actively seeking love is the testosterone struck bull in the field with oestrogen infested heifer. And as always, Adam and Eve are on the lookout for opportunity to taste the forbidden apple of knowledge on the satanic exhortation despite being conversant with the ultimate doom. Still, love triumphs amidst human predicament.

The author loves to write on politics, love, and nature
baburamnyaupane1@gmail.com

KATHMANDU, May 14: An eight-member team of guides recorded the first summit of Mount Everest (8848 m) for this spring season... Read More...